91-year-old, Jaswantiben Jamnadas Popat was honoured with Padma Shri, the fourth highest civilian award by the President, Ram Nath Kovind recently. She was fecilitated for the same for her distinguished work in the Trade and Industry category.

Jaswantiben Jamnadas Popat is one of the founders of Shri Mahila Griha Udyog Lijjat Papad, a women’s worker cooperative involved in the manufacturing of various fast-moving consumer goods.

It was on 15th March, 1959 when Jaswantiben and her 6 friends - Parvatiben Ramdas Thodani, Ujamben Narandas Kundalia, Banuben. N. Tanna, Laguben Amritlal Gokani, Jayaben V. Vithalani, and Chutadben Amish Gawadem. met on a terrace in Girgaum in Maharashtra. They had a total of INR 80 with them which they had then borrowed from Chhanganlal Karamshi Parekh as per a report by business insider. He was a social worker. With this borrowed money, they started to make papads.

The group of friends made 4 packets of papad and sold it to a businessman. Soon, the group size increased to 25 women. These 25 women then decided to register their group as Shri Mahila Griha Udyog Lijjat Papad. 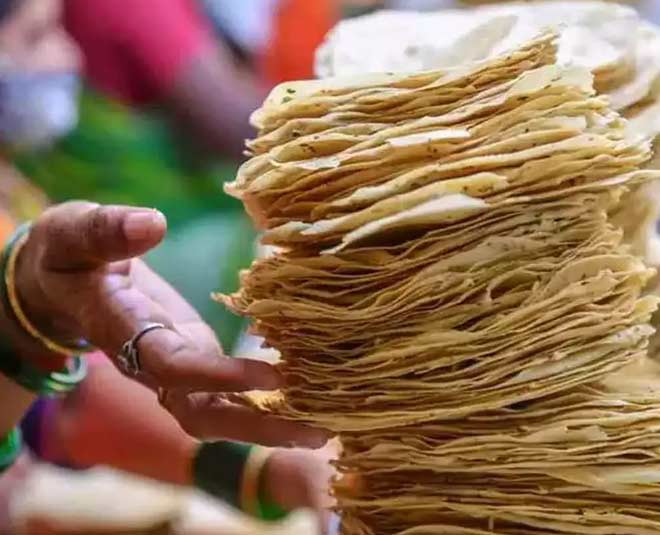 For those who don't know, Lijjat means tasty in Gujarati. When the group was first set up, it was named Shri Mahila Gruha Udyog Lijjat Papad and in the year 1962, it was renamed to Lijjat Papad.

A Group To Support Women

The group was first established with the idea of providing employment to women. Though the women who started the group didn't have enough knowledge about running a business, they gathered the courage to do something.

Even today, to ensure that the members of the company don't lose out on employment, no machines are used in the company. To date, papads are rolled out with hands by the women.

No donations or contributions from anyone are accepted by the company as the founder, Jaswatiben Popat believes in the principle of self reliance.

Every Woman A Partner At Lijjat 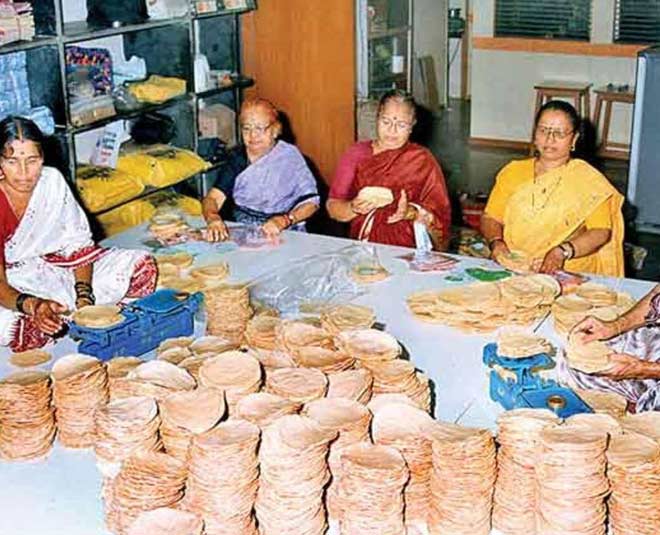 In an interview with Businessinsider, Jaswantiben Popat shared, “Everyone here is a partner and does not work for any other person, which was one of the factors that enabled women to join at the beginning.”

At Lijjat Papad, every woman is a Lijjat Ben (sister) and gets equal share profits. The former president of Lijjat Papad, Jyoti Naik had shared that every woman who joins the group gets the same share as others. It doesn't matter how long or short they have been with the group.

The profits earned by the group are distributed to all the members by giving them gold coins of 5 gram or 10 gram depending on the amount of profit. 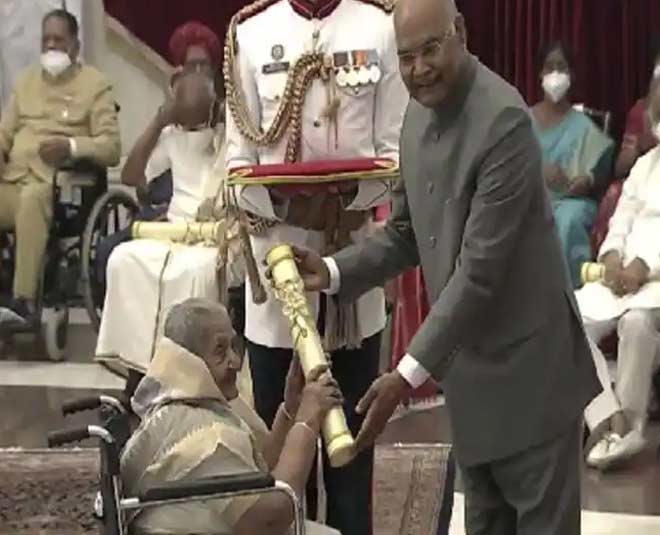 Lijjat papads are sold across the country and the world including countries like United States Thailand, United Kingdom, Singapore, Netherlands among others.

Not just papads, Lijjat also now sells other products like masalas, atta, chapati among others.

In an interview with SheThePeople after being honoured with the Padma Shri this year, she said, “The credit of Lijjat Papad goes to every woman working here. This recognition is the fruit of their hard work.”

When Jaswantiben Jamnadas Popat first decided to start making papads with her friends, we are sure none of them ever thought that they were keeping the foundation of India's biggest food company.

Jaswantiben Popat is the only surviving member among the initial members of the Lijjat group. Jaswantiben Jamnadas Popat and the story of all the other women working at Lijjat are an inspiration.
Tell us your thoughts on Padma Shri Jaswantiben Popat's inspiring journey in building Lijjat Papad on her Facebook page. For more such stories, stay tuned!