Journey To 'The Rise Of The Sun From Under Our Feet', Know All About The Everest Twins

Here’s everything you need to know about the ‘Everest Twins’ from India! 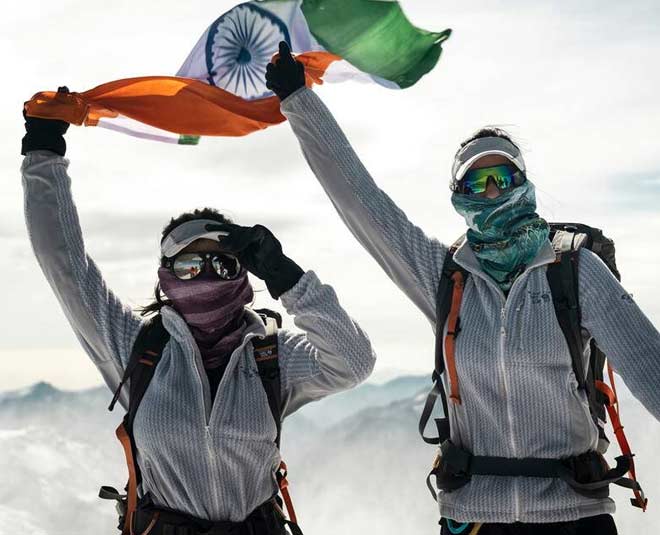 The Malik sisters, Tashi, and Nungshi Malik are among the 400+ women from across the world who had taken up the 'Women Peak Challenge' in Switzerland, where they represented India.

They became the first female twins to summit Mt Everest in 2013, at the age of 21, with no knowledge of them being able to attain the title of the first set of twins to climb Mt. Everest!

19,000 peaks had been their maximum before Everest. It was just the beginning for the sisters. They went on to bag nine more Guinness World Records, seven Limca Book of Records for their climbing feats, Nari Shakti Puraskar Award 2020 — India’s highest civilian honor for women recognizing services towards the cause of women empowerment — Tenzing Norgay National Adventure Award, and many others.

“Our initial plan to summit Everest was when we were 19. By then, we had finished two courses at the Nehru Institute of Mountaineering in Dehradun. But our mother — a worried soul — was adamant. Once we completed all the formal training, and after a lot of convincing, we decided to the summit,” they shared with The Indian Express.

Read More- Indian Women Who Made A Mark In World Politics

A Sun From Under The Feet “Just to see the world from above was mesmerizing. We saw the curvature of the Earth, like how you see from space, and everything else was so minuscule. You don’t usually get to see the sun below your eye level, but there, we saw it rise from under our feet!” said Nagushi Malik after she had achieved a milestone in life.

The twin-faced a breathing issue right before her journey to Everest Summit, but as soon as they made it to the peak, it all made it worth the hard work! They had to go through an excessive amount of training, exercises like aerobics and yoga, diet plans, and much more.

Financially, taking up a sport like this requires a huge financial burden.

“Finance is a deterrent for many women, because in India, especially, it becomes difficult for people to find an incentive to continue doing this activity. For us, it was particularly important because we wanted to remind girls that if they set their mind to something, they need to back it with commitment,” the sisters say, adding that one has to be “particularly crazy to pursue this sport”, to The Indian Express. With a new place to climb, the twins have found new places and experiences to witness. They went for canyon-swinging and paragliding, things they hadn’t done before!

The challenge was launched on International Women’s Day in 2021 — by Switzerland Tourism — with an aim to encourage women (only teams) to come together to ascend all the 48 13,000 ft peaks in the Swiss Alps.

The Everest Twins are truly an inspiration, aren’t they? Interested in knowing a lot more? Stay tuned to HerZindagi for more!