Read how two Indians overcame the hardships of climbing Mount Everest and its base camp.

Mount Everest Summit: Within a span of 15 days, two daughters of India have made the nation proud. One of them climbed Everest, while the other reached the base camp without any formal training.

Yes! These are two inspiring and heroic stories of a 31-year-old woman from West Bengal and a 10-year-old girl from Mumbai. The two of them had the entire nation cheering for them.

Who Is Piyali Basak? Piyali Basak is an inspiration for everyone. She is a 31-year-old woman from Chandernagore, West Bengal. She climbed Mount Everest without supplementary oxygen on Sunday morning, May 22.

She is a primary school teacher who conquered the highest peak in the world after thousands of people in the state raised funds for her summit. It took her a month to collect the crowdfunding.

Not just Mount Everest, Piyali Basak also conquered Mount Dhaulagiri, Nepal, last year. She did that too without supplementary oxygen. She is the first woman to set this record with Mount Dhaulagiri.

A report in Telegraph India quoted Kalyan Chakrabortty, secretary of Giridoot, a mountaineering association, saying, “We are really proud of the news that Piyali has climbed Mount Everest.”

He further added, “It was only possible as a large number of people, including school children, donated money to fulfil her dream. We have heard that she conquered the highest peak of the world without supplementary oxygen. However, we are waiting to hear from Piyali and to see her certificate.”

Kalyan Chakrabortty was also quoted saying, “After no reply from any government or private institutions, we went to raise funds through crowdfunding. So many people had contributed as per their capacity to raise around Rs 28 lakh. It is a victory for all who stood beside Piyali.”

Piyali conquered Mount Everest with the help of Pioneer Adventure Private Limited agency in Nepal. Telegraph India quoted Nivesh Karki, Manager of the agency, saying, “Piyali has successfully summited Mount Everest. She went up to 8,540 meters without supplementary oxygen, and later, she had to take help of oxygen. She is returning towards the base camp now.” 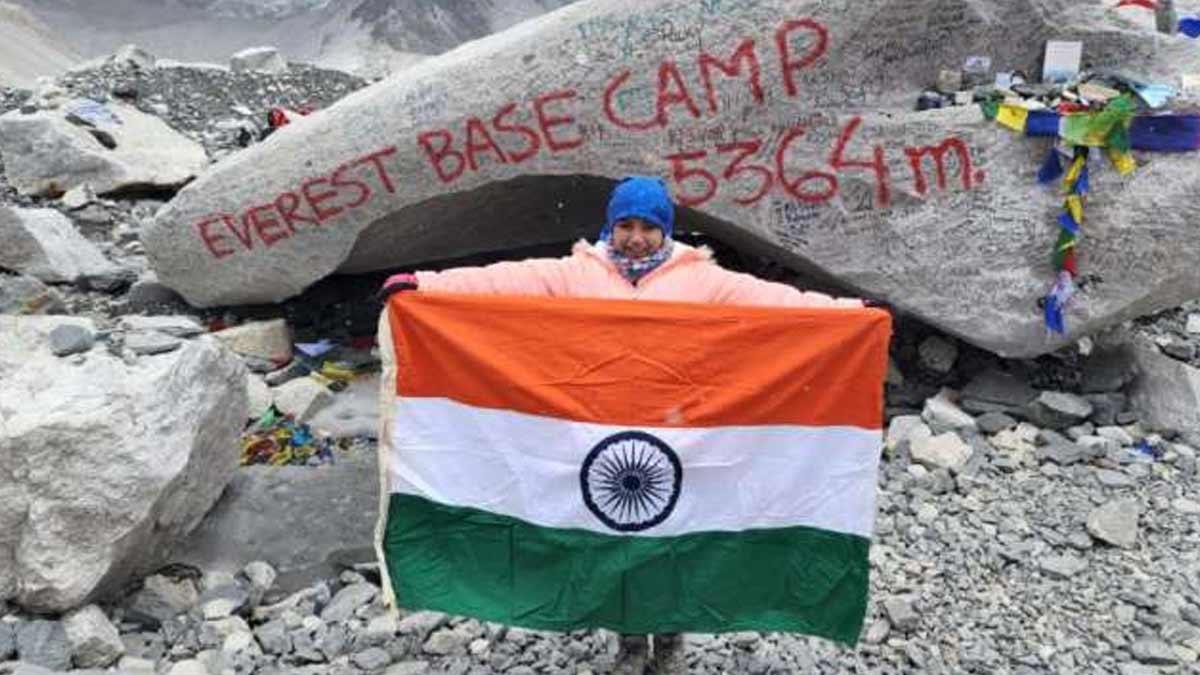 Rhythm Mamania is a champion skater from Mumbai. She is only 10-years-old and is the youngest mountaineer in India who has climbed the Everest Base Camp without any formal training.

She never had a coach but trained herself by climbing up and running down the stairs near Shastri Garden around 5.00 A.M. the morning. Mountaineers (Mountaineer Ramanjot Kaur) face extreme weather conditions near the base camp, including snow, steep terrain and low temperature.

She started to climb the base came on April 25. On May 6, she summited the base camp around 1.00 P.M. Rhythm did it alongside her proud parents. Times Of India interviewed her, and she said, “It was my aim to reach the EBC summit, so I did not bother about the cold. I enjoy sports. Yes, the occasional hailstones were a novelty.”

Her mother, Urmi, told the interviewer that Rhythm was a national level skater. Hence, she had strong muscle strength around her thighs. While others opted for the helicopter to descend the base camp, Rhythm chose to climb down.

We salute these brave Indians for their courage and determination. Stay tuned with HerZindagi for more such stories!