See Pics: Abu Dhabi To Get Its First Hindu Temple!

Here is everything you need to know about the first Hindu temple being built in Abu Dhabi which will be ready by 2022. 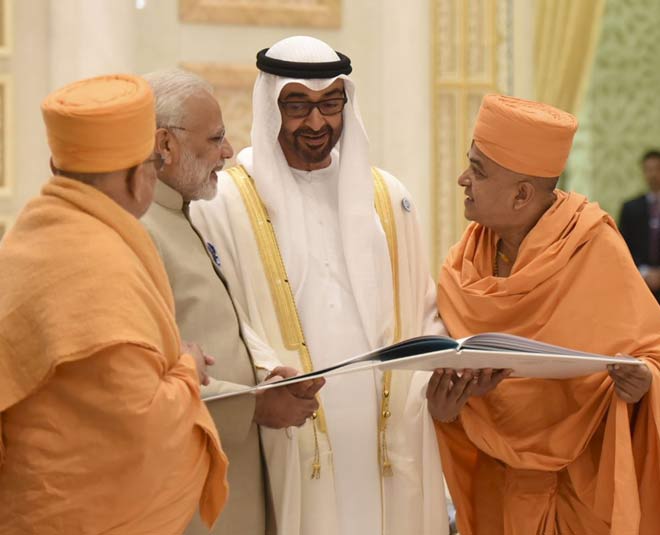 The first images of Abu Dhabi's first Hindu temple's are out and the sneak peek to the stone carvings prove that it is truly grand. Its foundation stone was laid on February 11th 2018, by Narendra Modi. According to reports, the pillars of the temples are being carved by 2000 sculptors in India but they will be assembled and shipped to the UAW by March 2021.

Till now there were two temples in UWE but both are only in Dubai. This was a major inconvenience to devotees staying in Abu Dhabi and hence came the decision when PM Modi was on one of his international rounds in August 2015. The temple is being built at Abu Mureikhah, which is a little off the Dubai-Abu Dhabi Highway.

It was a special moment to witness the groundbreaking ceremony for the first Hindu temple in Abu Dhabi. I thank HH Mohamed bin Zayed Al Nahyan for the remarkable gesture of donating land for the temple. @MohamedBinZayedpic.twitter.com/tNOMjH2A4t

It will be managed by Bochasanwasi Shri Akshar Purushottam Swaminarayan Sanstha (BAPS), which is a socio-spiritual Hindu organisation set up in 1907. It is known to handle over 1200 temple complexes around the world. 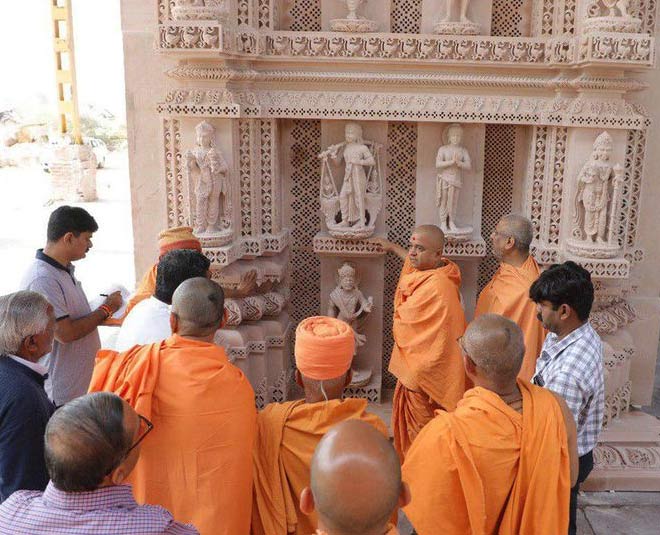 According to Khaleej Times, BAPS Hindu Mandir spokesperson Ashok Kotecha said that although there the pandemic was a major obstacle, the carving work taking place in Gujarat and Rajasthan continued.

“It is accurate to say that 25,000 cubic feet of stone is carved, which is a substantial portion of the temple,” Kotecha said.

A “substantial portion” of stonework for the first Hindu temple has already been carved, according to a top official.

“The stone work on the historic temple is progressing. The work is being done in Rajasthan and Gujarat, and it continued while adhering to strict precautionary measures. The sandstone is from Rajasthan and marble from Italy.” 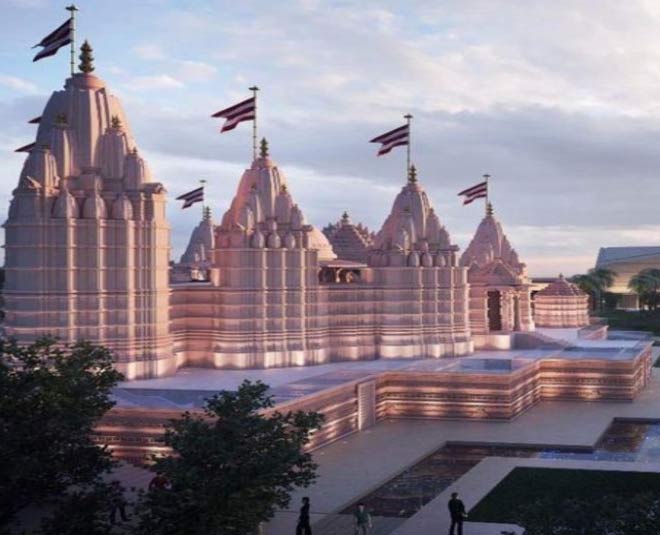 “The carved stone pieces will be assembled on site in the first quarter of 2021. We would like to thank DP World and the Transworld group for offering logistical support in bringing those stones to the UAE for the final masterpiece," added Kotecha.

The video released of the temple in the making shows majestic artwork which portrays the Indian epics Mahabharata and Ramayana, and other narratives from Hindu mythology. It is being built as per the ancient Hindu ‘shilpa shastras’ — Sanskrit scriptures of architecture.

An interesting fact about the hand-carved sculpture is that different sizes showcasing the Indian mythology, include Arabic symbols as well.

The design of the temple will include seven spires and five domes. There will also be a visitor’s centre, classroom, community centre, prayer halls,  majlis, amphitheatre, library,  play areas, books and gift shops, gardens, a food court and other facilities. The temple is expected to be ready in 2022.

Last month, the UAE Minister of Foreign Affairs and International Cooperation, Sheikh Abdullah bin Zayed Al Nahyan, held a meeting with the top representatives of BAPS Swaminarayan Sanstha in Al Ain. Leader of the Hindu community and head of BAPS Hindu Mandir,  Pujya Brahmavihari Swami, will be visiting the UAE to oversee the next stage of the foundation.

So here is another reason why you must make a plan to visit Dubai and Abu Dhabi.

Stay tuned to HerZindagi for on travel-related news.