Know Everything About The Only Rukmini Devi Temple In India

Said to be 2500 years old, Rukmini Devi temple is dedicated to Goddess Rukmini, the incarnation of Hindu Goddess Lakshmi. Read on to know more Rukmini Devi, a symbol of love and purity is the first wife of Lord Krishna, followed by Jambavati and Satyabhama. Although, she was his first wife but he is always associated with Radha. Hence, there are numerous Radha Krishna temples in India. On the other hand, there is only one Rukmini Devi temple situated in Dwarka. The temple is situated outside the city limits of Dwarka and is about 2 km away from the Dwarkadhish temple. It stands next to a small water body with lots of birds chirping around and making the place peaceful. It probably was a jungle when this temple was made and perhaps belongs to 12th century contemporary of the main part of Dwarkadhish temple.

The temple has a Shikhara with really lovely and old carvings on it. There are also structure of beautiful women on a panel across the Shikhara. The Place has some Vishnu images and base is an inverted lotus followed by row of elephant structures. This typical Nagar style architectural temple also has a saffron flag on top of the Shikhara.

Why Is The Temple Away From The City? 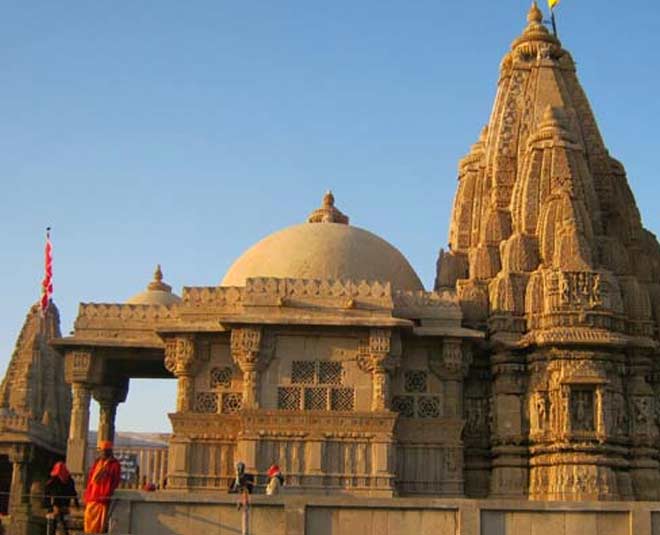 Rukmini was a queen and not used to this, therefore, she felt thirsty after sometime. Krishna understood this and pressed his right toe onto the Earth. From there came out the Ganga river and Rukmini quenched her thirst.

However, she was so thirsty that she forgot to offer the water to Guru Durvasa. This angered him and he cursed that they will never be together. This is the reason that Rukmini Devi temple is away from Dwarka.

Also, Guru Durvasa cursed that Dwarka would always remain a dry land and nothing could be cultivated on this land. This still stands true to this day and the people of Dwarka cannot grow anything on this land. 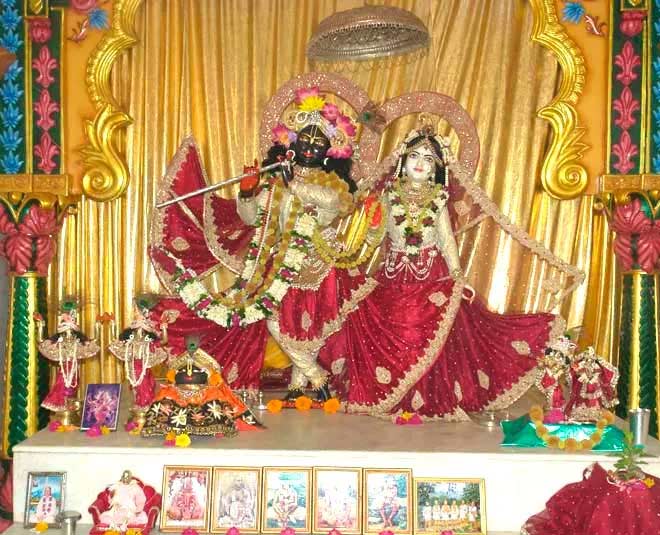 Rukmini was the daughter of the King of Vidarbha, Bhishmaka. She was in love with Lord Krishna and would pray to Amba Mata to grant her the wish to marry Lord Krishna. On the other hand, Lord Krishna was also fascinated by her and planned to abduct her.

However, her brother was against the match, therefore, she sent a message to Lord Krishna to her. When she went to a temple to worship, he carried her away and the two married in Madhavpur Ghed in Gujarat. The two lived a happy and content life until they were cursed by Durvasa.

For more such such stories, stay tuned to HerZindagi!