Built on water, boats for cars, and canals for roads, Venice is one of Italy's biggest highlights. Check out a few facts about the city. 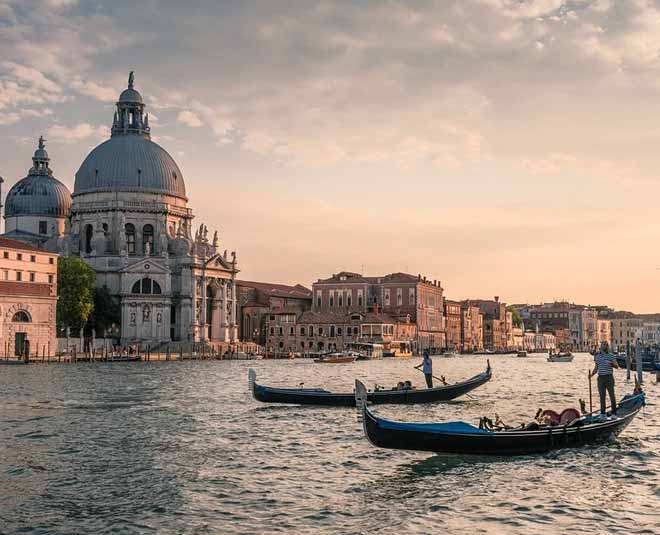 Built-in the middle of the Adriatic Sea, floating in the water, connected through bridges and housing 2,62,000 people, that is the city of Venice for you. The city has rightly got its name as the ‘Floating city’ as it is built on water. Not only this, but Venice also has several fascinating facts that will amaze you as you read. Here are a few facts about the city, which you need to know right now:

The city of Venice is built solely on water. There are no foundation stones laid under. Wooden stacks are laid along with a combination of clay, which makes the city float. Venice has a total of 417 bridges out of which 72 are privately owned. The city was added to the list of UNESCO World Heritage Site in 1987. The total area covered by the city, including its lagoons, is 50,000 km. 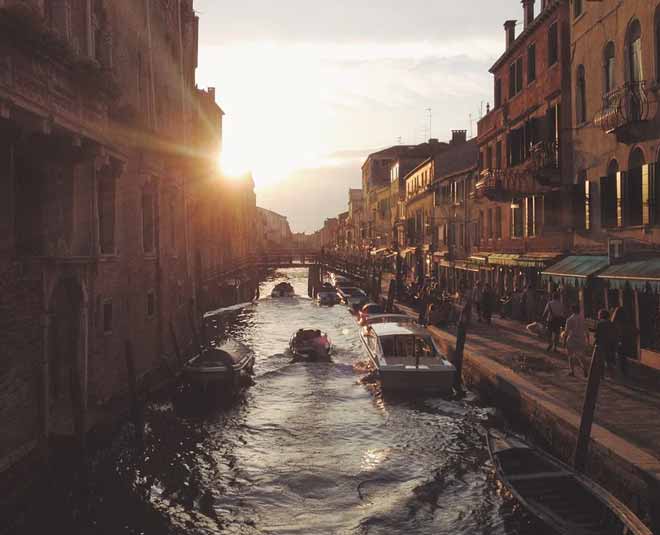 A total of 118 small islands come together to form the floating city. These islands are not far apart from one another and are seen as a cluster.

Don't Miss: If You Plan On Visiting Greece Then These Off-Beat Places Are A Must Visit 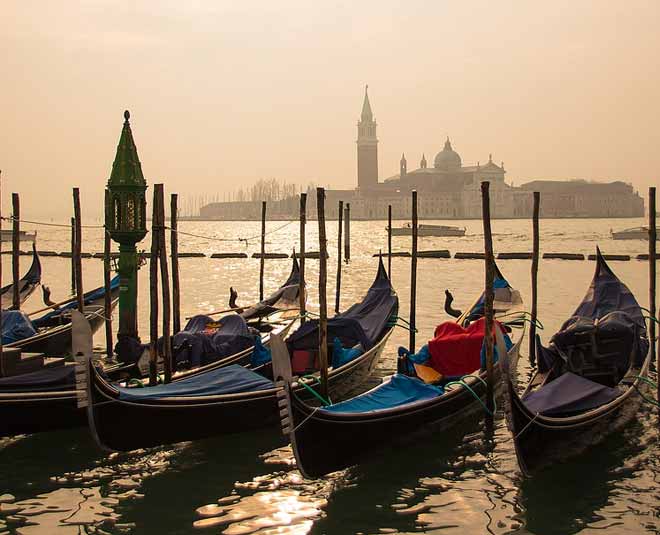 The beauty of the city attracts more than 20 million tourists every year. This whopping number of tourists is not much appreciated by the residents of Venice, as they feel that this overwhelms the city’s capacity.

In order to reach here, you either need to reach the coastal area of Italy and take a ferry ride from there or book your flight to Venice Marco Polo Airport.

A major problem plaguing the city is flooding. It was prominently seen last year when the whole city got knee-length soaked in water. Flooding usually occurs because of high tides mostly around December and January in the Adriatic Sea. 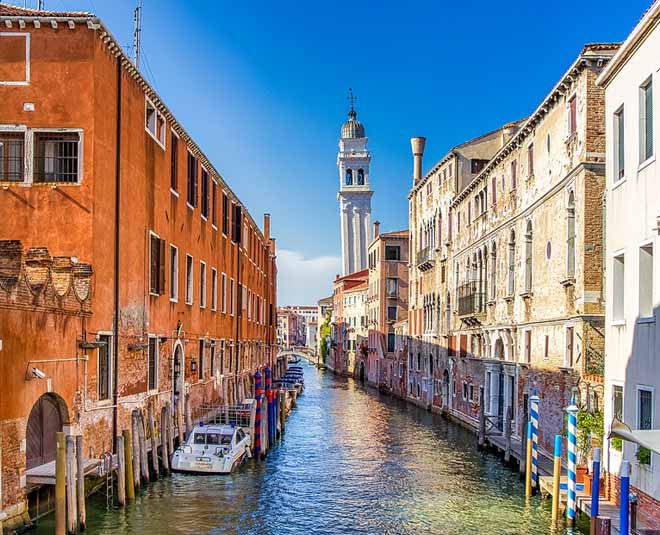 Believe it or not, bikes, skateboards, and roller-skates are banned in the city. There is a penalty for anyone seen riding any of these.

San Marco bell tower situated in Venice is the 5th tallest bell tower in Italy. The bell tower was built in the 12th century which collapsed in the early 1900s. The tower has now been rebuilt to look exactly like the previous one.

The city is famous for masks, which can be seen sold at every artifact shop in the city.

Every February a carnival is held in the city which witnesses a high level of participation from people who come dressed exquisitely, sporting colourful masks.

The city is famous for its gondola rides which are a must-see when in the city. These gondolas are traditional black boats that were previously used to transport people from one part of the city to another. They have been functioning in the waterways from the past 10 centuries. Those who drive these gondolas need to be highly skilled at it and are known as Gondolier.

These gondolas are roughly 11 meters long and weigh around 600 kilos. Currently, Venice has around 350 fully functioning gondolas. 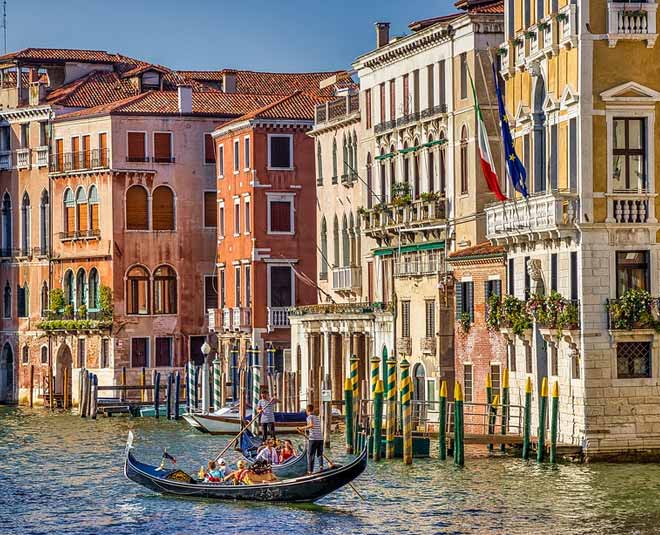 Venice has been a set to several Hollywood movies including Casino Royal, Indiana Jones and the Last Crusade, The Talented Mr. Ripley, Lara Croft: Tomb Raider, The Italian Job and many more

The city has a sinking rate of 1-2mm per year. Though the rate is minimal, still the residents of Venice are moving out to reside in other parts of Italy.

If you liked this story, and wish to read more travel content, stay tuned to HerZindagi.