Yami Gautam Decides To Let Go Of Her Insecurities, Opens Up About Keratosis-Pilaris, A Skin Disease

In a social media world full of insecurities, Yami Gautam embraces her real skin with a skin disease, while breaking the norms and inspires many. 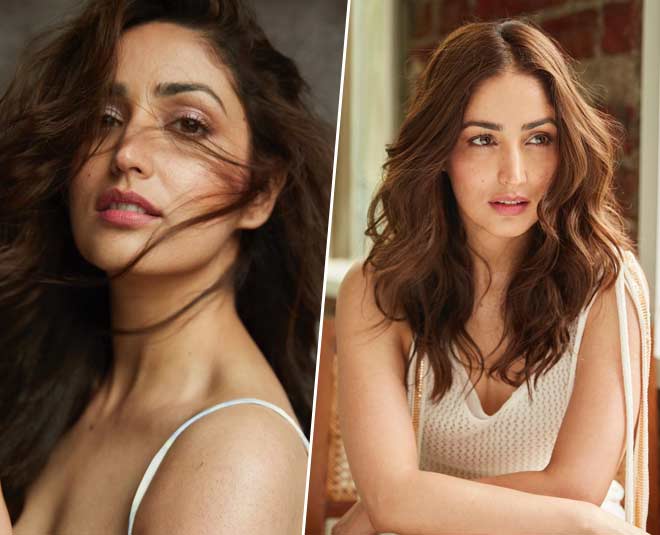 Actress Yami Gautam in a powerful social media post shared about a rare skin disease called Keratosis-Pilaris that she has been facing since her teenage days. Along with the post, she attached a bunch of her close up shots without post production editing that conceals her condition.

She opened up that after dealing with it for many years, she has now decided to let go of all her fears and insecurities and embrace her real skin, accepting it enough to be comfortable in it. She went on to say that she had now found the courage to love and accept her flaws, as well as the courage to share her truth with her Instagram family.

In the same post, she went on to explain the skin condition to those who had never heard of it before. "I promise they aren't as bad as your mind and your neighbour aunty makes it out to be," she added.

While feeling beautiful, she wrapped up her post with these words, "I didn't feel like airbrushing my folliculitis or smoothing that ‘under-eye’ or ‘shaping up’ that waist a tiny bit more! And yet, I feel beautiful" :)

I recently shot for some images and just when they were about to go in for post-production (a common procedure) to conceal my skin-condition called Keratosis- Pilaris, I thought, ‘Hey Yami, why don’t you embrace this fact and accept it enough to be OKAY with it. Just let it be... (Yes, I do talk out loud to myself).

For those who haven't heard about this, it’s a skin condition wherein you get tiny bumps on the skin. I promise they aren’t as bad as your mind and your neighbor aunty makes it out to be. I developed this skin condition during my teenage years, and there is still no cure for it.

I didn't feel like airbrushing my folliculitis or smoothing that ‘under-eye’ or ‘shaping up’ that waist a tiny bit more! And yet, I feel beautiful :)

Don't miss:  Take Your Fashion Game A Notch Higher With Inspiration From The Stunning Yami Gautam

What is Keratosis Pilaris?

According to the National Health Portal, Keratosis Pilaris which is commonly known as chicken skin, is a type of skin condition in which skin protein called keratin forms hard plugs within hair follicles. It results in rough, slightly red bumps on the skin. It is generally seen in patients with dry skin. The skin can sometimes feel itchy, and may be better in summer and worse in winter. Keratosis pilaris can affect people of any age and it may fade slowly with age.

It is a common condition that affects about 40 percent of adults worldwide, studies say.

The actress confirms that there is no solid cure for it yet.

This self love post by actress has inspired numerous people and has been receiving many likes. "Thankkkkkk you for sharing this... I've been this conscious for so long due to the same '', an Instagram user commented on the post.

Every time someone opens up about their insecurities publically and embraces their flaws, the world becomes a better place for everyone.

Yami Gautam keeps winning heart on social media. Recently it happened when pictures of her wedding appeared on social media. The actress wowed everyone with her simple, beautiful wedding celebration photos in June of 2021.

Yami Gautam is a wonderful actress who keeps impressing with her incredible performances in films such as Vicky Donor. The actor was a part of Pavan Kirpalani’s Bhoot Police, co-starring Saif Ali Khan, Arjun Kapoor and Jacqueline Fernandez. Next up for the actress is the social comedy- 'Dasvi', a thriller- 'A Thursday,' and an investigative drama- 'Lost.'

What do you think about Yami Gautam's step towards self love? What are your self love tips? Let us know on our Facebook page.

To read more such stories, stay tuned to HerZindagi.