FINA has adopted a new policy for trans women which effectively bans them from competing in women's championships.

On June 19, FINA, the international federation that governs international water sports competitions, effectively banned transgender athletes from participating in women’s swimming competitions. At least 71.5% of votes favoured a new policy, which only permits swimmers who transitioned before 12 years of age to compete in women's events, according to news reports. 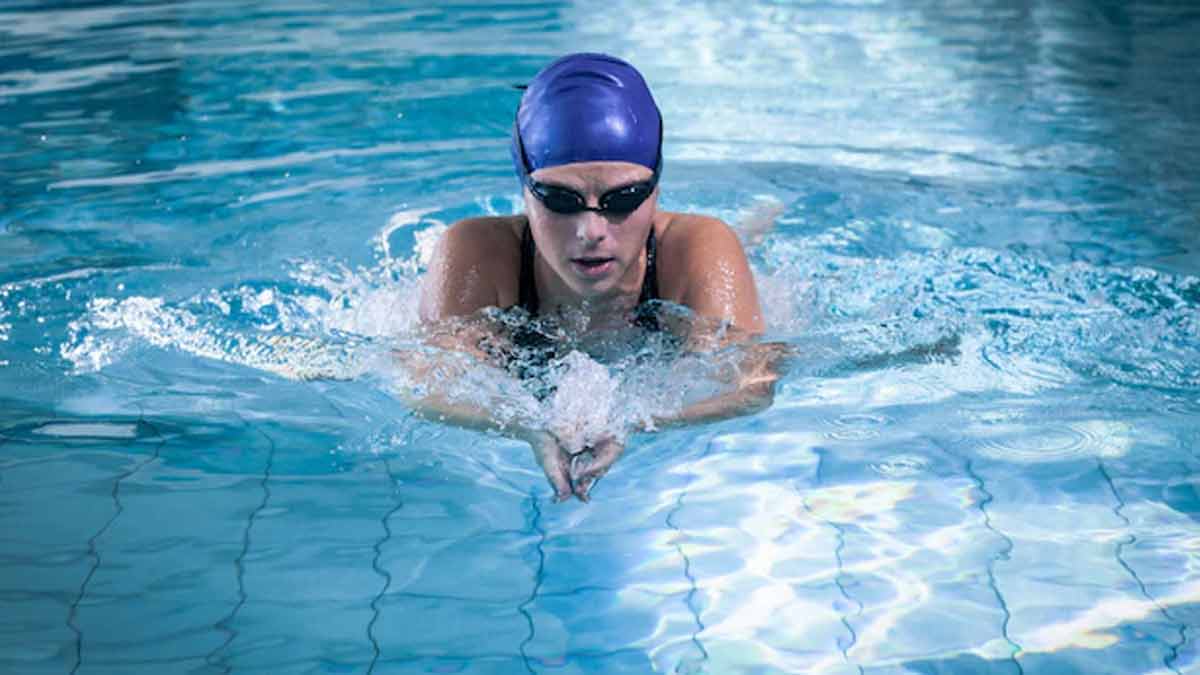 The members of the committee adopted a new “gender inclusion policy”, which  specifies the eligibility criteria for trans women participating in the swimming competitions for women. It requires the person to have undergone transition before the age of 12.

The 24-page policy also mentions “open competition category”. The organisation will be setting a new working group that will look for effective ways to set this category in the next six months.

Slamming the FINA decision, Human Rights Campaign said, “This sudden and discriminatory decision is a blatant attack on transgender athletes who have worked to comply with longstanding policies that have allowed them to participate for years without issue.”

It added, “This policy is an example of swimming organisations caving to the avalanche of ill-informed, prejudiced attacks targeted at one particular transgender swimmer.”

Anne Lieberman of Athlete Ally, a non-profit organisation which advocates issues related to LGBTQ athletes, said, that the new policy is “deeply discriminatory, harmful, unscientific”. She added, “It is not in line with framework on fairness, inclusion and non-discrimination on the basis of gender identity and sex variation.”

Lieberman added, “The eligibility criteria for the women’s category as it is laid out in the policy police the bodies of all women, and will not be enforceable without seriously violating the privacy and human rights of any athlete looking to compete in the women’s category.”

How Is FINA Justifying The Decision? 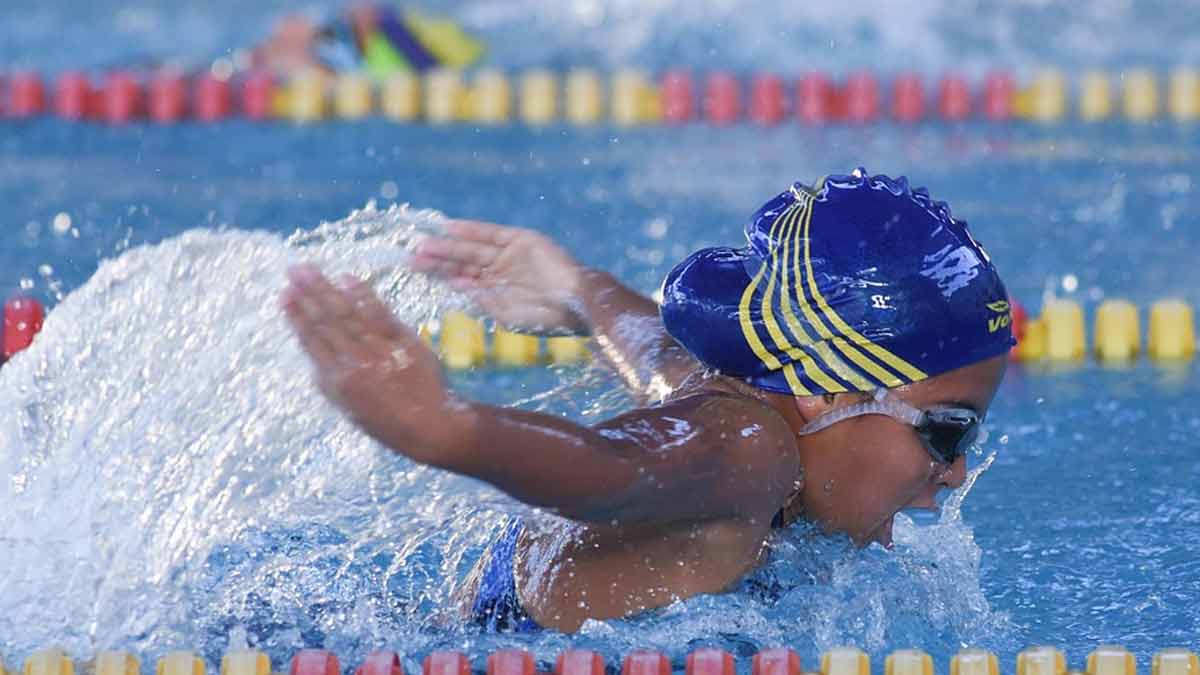 AP has quoted FINA President Husain Al-Musallam as stating that, according to scientists if a person transitions after the start of puberty they have an advantage, “which is unfair”.

He further added, "They're not saying everyone should transition by age 11, that's ridiculous. You can't transition by that age in most countries, and hopefully, you wouldn't be encouraged to. Basically, what they're saying is that it is not feasible for people who have transitioned to compete without having an advantage."

In her address to the Congress, she said, “We see you, value you and accept you.” She further added, “And it pains me that this part of my role, may injure, infuriate and potentially alienate people from an already-marginalised trans community.”

Don't Miss: How Mithali Raj Has Wow-ed Us Over The Years

“Women, who have fought long and hard to be included and seen as equals in sport, can only do so because of the gender category distinction. To remove that distinction would be to the detriment of female athletes everywhere,” Campbell said. 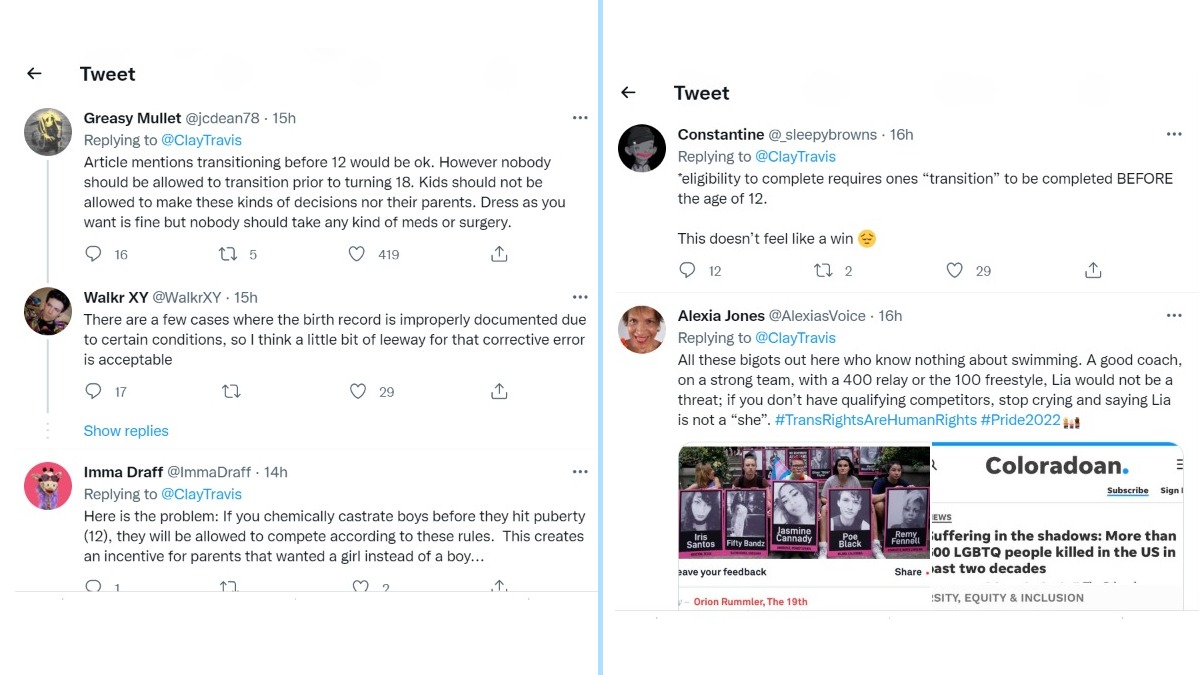 Twitterati have reacted with mixed bags of emotions. A user wrote, “nobody should be allowed to transition prior to turning 18” and kids should not be allowed to make these kinds of decisions nor their parents. Some have welcomed the decision, which now bars Lia Thomas, an American swimmer, from competing in the women’s swimming event. Lia had become the first openly transgender athlete (inspiring sportswomen) in March 2022 to win an NCAA Division I in any sport. Hence, she also became a figure of debate about the participation of transgender women in sports.

Caitlyn Jenner, a retired Olympic gold medal-winning decathlete, welcomed the decision on Twitter. She wrote, “It worked! I took a lot of heat – but what’s fair is fair! If you go through male puberty, you should not be able to take medals away from females. Period."

Don't Miss: China’s Qinwen Zheng's Feelings After French Open Is Every Women Ever