Some strong women led films are all set to entertain you in the coming year.

Bollywood movies have evolved through the years, especially in terms of how women have been portrayed all these decades. Women no longer play just victims or objects. Honestly, we are enjoying every bit to see Bollywood women carrying big films on their shoulders.

So, here we thought of bringing you a list of 5 women centric movies which are going to release by the end of this year and next year.

A Sanjay Leela Bhansali directorial, Gangubai Kathiawadi is one of the most awaited movies of the year. The movies which was to release this year has been now scheduled for release worldwide on 6th January 2022. The film revolves around the lufe of Gangubai Kothewali, a young girl who was sold into prostitution by her suitor Ramnik Lal. How she ends up becoming the madam of a brothel is what the film is all about. The movie also stars Vijay Raaz, Indira Tiwari, Seema Pahwa in pivotal roles. Ajay Devgn and Emraan Hashmi will be seen in the movie playing an extended cameo.

Kangana Ranaut starrer Dhaakad is a spy thriller which revolves around child trafficking and the exploitation of women. The director of the movie, Razneesh Razy Ghai in an interview shared that the movie stood at par with international action films. Biopic of Indian skipper Mithali Raj is yet another much awaited Bollywood movies. Taapsee Pannu who plays the lead in the movie trained hard to ace the role of the Indian cricketer. She often shared pictures from her prep sessions on her Instagram handle.

The movie was earlier scheduled to relese on 5th February 2021. The makers are yet to announce the new release date of the movie.

Don't Miss: Salman Khan Is Back With The Trailer Of Antim With Aayush Sharma

Years after the success of movies like Dil Chahta Hai and Zindagi Na Milegi Dobara, Farhan Khan announced an all girls road trip movie in August this year. Starring three biggest movie stars - Alia Bhatt, Priyanka Chopra Jonas and Katrina Kaif, this one has been creating buzz ever since.

After the announcement, Priyanka Chopra took to her Instagram and sharing a picture with Katrina Kaif and Alia Bhatt wrote an emotional note. Her post read, Let’s rewind, to me musing about wanting to do another Hindi movie ASAP, on an unusually rainy night in Mumbai in Nov 2019. 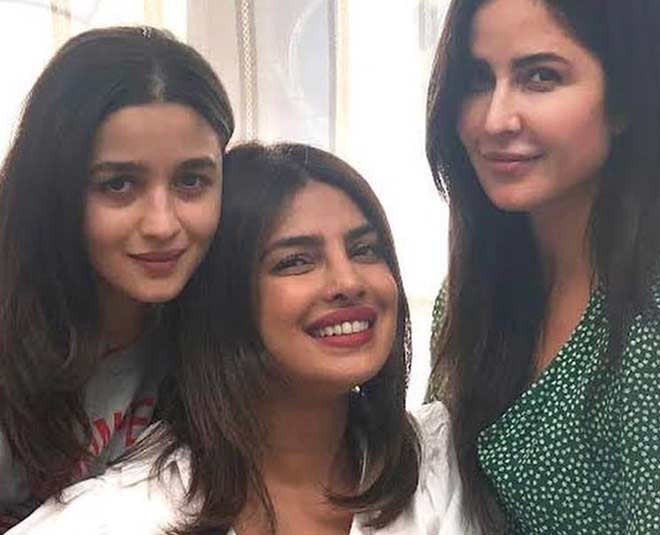 But it had to be the right one - different, cool, never been done before… I thought. The idea grew into a movie helmed by an all-female cast. There are not enough Hindi movies that are female multi-starrers. This led to an impulsive phone call… to my 2 real friends about this idea that involved 3 on-screen girlfriends. A celebration of friendship we called it!

Katrina, Alia, and I enthusiastically met in February 2020 (as seen in this picture), just before the world shut down, to discuss who we could trust to bring this vision to life for us and our choice was unanimous… Farhan and Ritesh, Zoya and Reema. We had all worked with @excelmovies and @tigerbabyfilms individually so this seemed perfect. It just so happened that Farhan was working on a female road trip movie at the same time! Talk about all the stars aligning!

This one is to sisterhood… to friendship and to breaking the mould!! Can’t wait to get on the road with Aloo and Katty. My heart’s smiling. See you at the movies."

Don't Miss: Bunty Aur Babli 2 Trailer Is Out And We Can’t Keep Calm

Alia Bhatt's first project as a producer, Darlings is a comedy drama. The movie stars Alia Bhatt, Shefali Shah, Vijay Varma and Roshan Mathew in lead roles. The cast and crew just wrapped up the shoot earlier last month. The movie is likely to release next year.

Tell us which films are you eagerly waiting for among these and why on our Facebook page. For more such stories, stay tuned to HerZindagi.com