The Complete Story Of Santa Claus; Legend, Origin and Myths

Fascinated by Santa? We're too, therefore, here's taking a look at the complete story of Santa Claus.

Christmas is incomplete without Santa Claus. The essence of Christmas is the joy of giving and that is intact with the legendary custom of giving presents as a token of happiness and good will.  It is believed that every year on Christmas eve Santa distributes gifts to good children. Children write letters, hang stockings and follow other traditions so that Santa Claus fulfills their wishes and gives them the gifts they desire.

But who is Santa Claus? Where does he belong? A lot of questions are still not answered. So, in this article, let's take a look at some legends, points of origination, and myths surrounding Santa Claus. 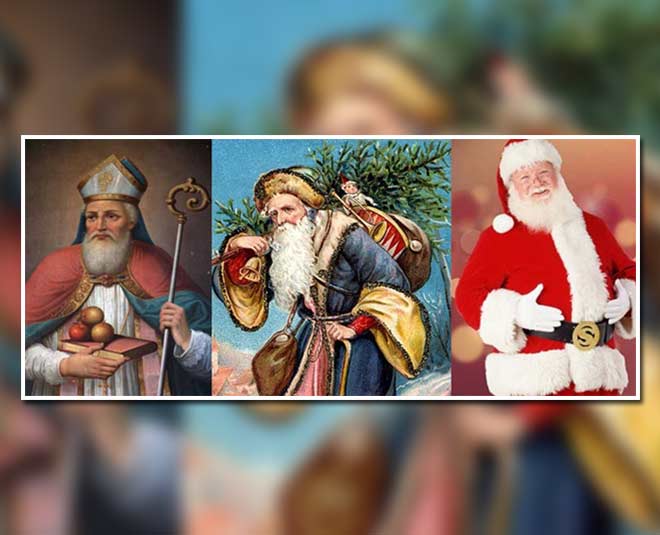 Saint Nicholas was born in Greece in around 230 AD, late third century. Later in life, he became bishop of a small Roman town, now in modern Turkey, known as Myra. He rose to prominence among the saints because there were a number of miracles associated with him.

He also defended the church doctrine during the forced event of great persecution in 303 when priests around the globe were forced to renounce Christianity, burn Bibles otherwise they would face execution if they became rebellious about it.  Saint Nicholas is also known as the protector of orphans, sailors, prisoners, and also people who were underprivileged. But what made him our modern-day Santa Claus? By the mid-fourth century, he famously became a patron for children and their magical gift-bringer. This legend is supported by two of his life stories since there is very little known about this man.

The first story revolves around the lives of three poor little girls and their father, because of their financial situation the girls were about to get forced into prostitution just before Saint Nicholas came to their rescue. He secretly slipped three bags of gold bars into their house ending their poverty and the girls and their father lived happily ever after.

The second story is about three young boys who were killed by the keeper of an Inn. Saint Bishop resurrected them and brought them to life back again. For several hundred years after, there were many legends and stories revolving around the life of Saint Nicholas which made him an unchallenged bringer of gifts to children during the night of Christmas.

He took on some aspects of earlier European deities like the Roman god Saturn or the Norse Odin and appeared as an old white-bearded man wearing a red coat and also inhibit magical flying powers. He also made sure that children practiced good behaviour. This is how bishop Nicholas became Santa Claus. 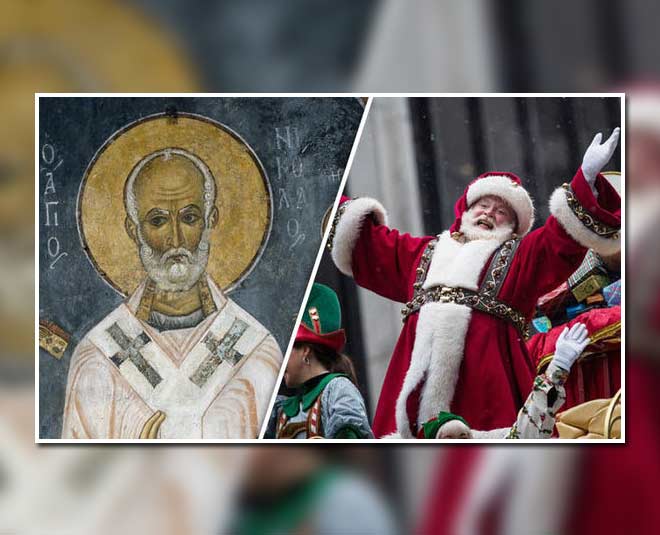 While Saxon was under the rule, this figure was known to visit people's homes, and based on their behaviour he would give them presents. Later after the introduction of Saint Nicholas, Father Christmas or Father Noel was born. Father Noel was believed to deliver the Christmas spirit instead of gifts. He would appreciate and encourage people to eat, drink, and be merry on Christmas(movies to watch this christmas).

But Americans call him Santa Claus or Kris Kringle. Actually, the Dutch and German settlers who went to America in the 19th century brought newer versions of their story which portrayed Santa as a big-bellied, jolly person, known for traveling from the North Pole to deliver gifts to children on his 8 reindeer powdered sleigh.

Don't miss: Check Out These Amazing Christmas Traditions From Around The World

Some Other Facts About Santa 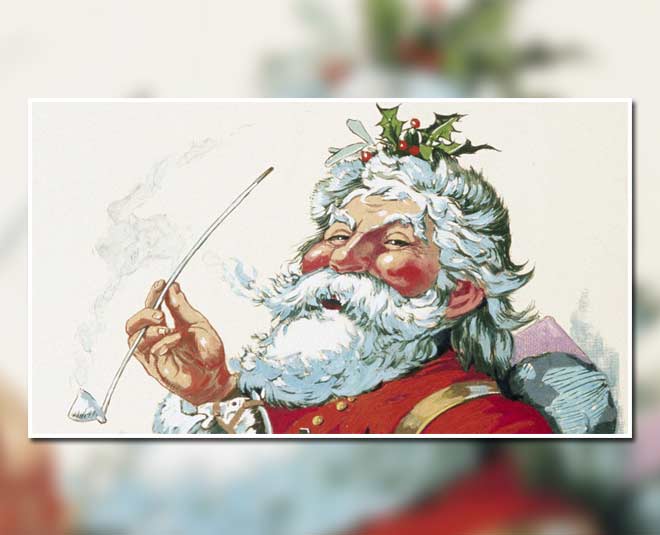 Santa Claus is an imaginary character that is based on a lot of people, mainly Saint Nicholas. It is believed that on Christmas(Christmas themed DIYs) eve, it is important to hang stockings on the furnace, keep cookies and milk near the Christmas tree and that is when Santa will come right from his workshop (where he and the elves create the gifts) in the North pole. But there's a lot of flaws in these notions take a look.

So, all in all, Santa Claus is a character based on several different figures both appearance-wise and his role in spreading the Christmas spirit.

Don't miss: Dodge The Coronavirus Scare And See How To Celebrate Christmas Amidst The Pandemic

If you liked reading this article then stay tuned to Her Zindagi for more articles like this.