Sushmita Sen starrer Aarya is coming back with season 2 and the actress looks more fierce than ever. The trailer released on Thursday. Read on to know...

Sushmita Sen made a comeback on screens after 10 years with Arya, a wonderful web series which emerged as one of the most gripping thrillers. This web series was also nominated for an International Emmy for best drama series and became one of the most liked OTT series.

The sequel of this fabulous series, Aarya 2 is coming and it's trailer got released today. The fabulous acting, the amazing direction and the perfect storyline along with many other things combined to make this OTT show a big hit. The first season of Aarya ended on a cliffhanger and everyone is too excited to know how the story will continue in Season 2. That explains why fans are so thrilled about the trailer release of Aarya 2.

The Aarya 2 trailer which released on Thursday is filled with surprising twists which look too thrilling to watch.

The trailer continues the story from where the first season left off, with Aarya returning to India with her family after her father assassinated her husband, who was involved in some illegal business. She watches a video that her late husband (Chandrachur Singh) made for her in which he warns her about their enemies. She only intends to stay for a short time, but things don't go as planned. Aarya is soon targeted by the Russian gang, who are attempting to kill her and her family. She is also continuosly receiving threats from Shekhawat's father, whom she murdered in the first season.

Aarya bares her claws once more, as she has no other option but to use violence now.

According to a press release issued by the streamer read, the new season will follow the adventure of Aarya, a mother battling the dark world of crime and enemies closing in on her family and children.

The gorgeous actress Sushmita Sen appears sassy, tough, and a real badass in the trailer, which is blowing our minds. Her acting will give everyone goosebumps and make them shout "wow." 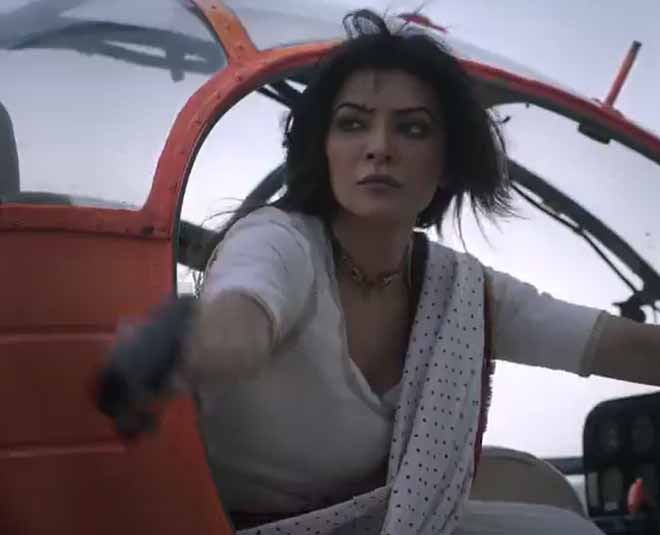 Sushmita Sen shared the intriguing trailer of Aarya 2 through an instagram post. She wrote a caption along with trailer which read,

"#officialtrailer THANK YOU FOR YOUR PATIENCE!!! Soooooo happy to bring AARYA back to you!!! This season, her weakness is her greatest strength. Sherni aarahi hai #AaryaIsBack #HotstarSpecials #AaryaSeason2 all episodes streaming from 10th Dec only on @disneyplushotstar."

The Other Actors In Aarya 2

“Aarya, as a character, symbolises strength and vulnerability. She has to face her past so that she can save her family to protect her future. In the first season, we saw her take the moral stand on the incidents around her life, this time we will see her emerge with a survival instinct like never before,” Madhvani said in a statement about the upcoming web series.

When Is The Webseries Releasing?

You can witness the amazing return of Aarya on Disney+ Hotstar from 10th December 2021.

We can't wait to see the second season of Aarya and find out the answers to our many questions.

What are your thoughts on the trailer of Aarya 2? Share with us on our Facebook page. For more such stories, stay tuned to HerZindagi!