It is the first time that Suniel Shetty has said something openly about the relationship between Athiya Shetty and KL Rahul. Read on.

Speaking to Instant Bollywood, Suniel Shetty spilled the beans on the wedding plans of actor Athiya Shetty and cricketer KL Rahul. He confirmed that the couple would be tying the knot soon. 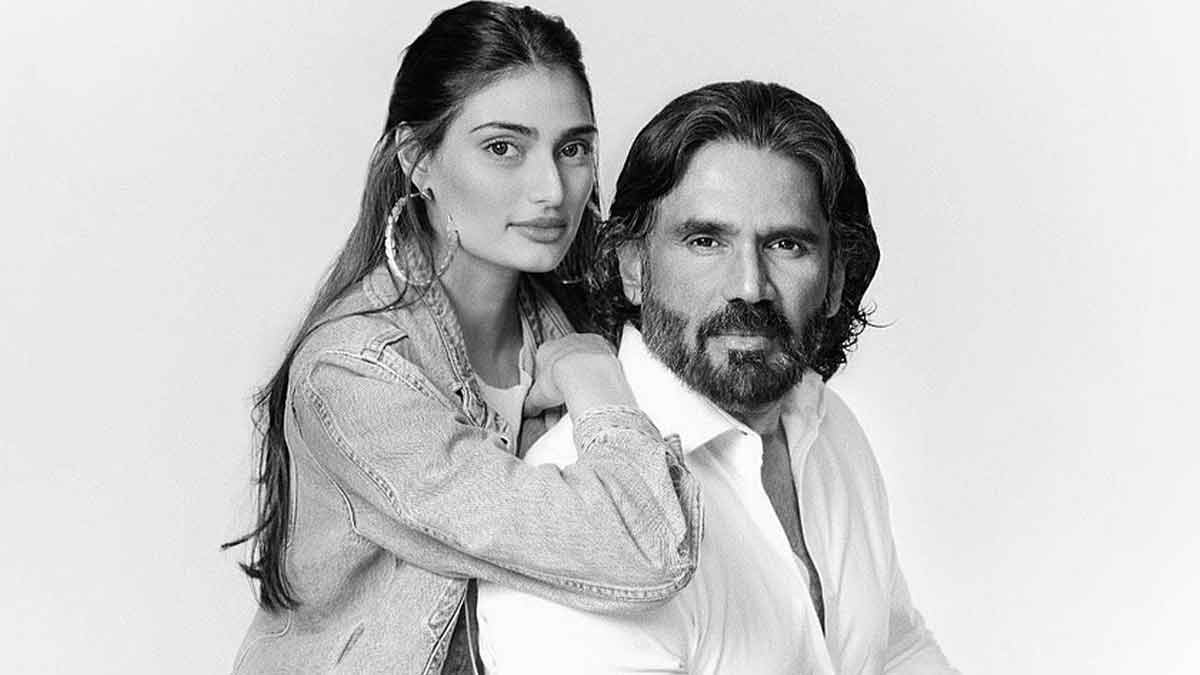 When asked about Athiya and Rahul’s nuptials, Suniel said the couple would decide the date. He pointed out that the cricketer has many matches to play for the country, and the wedding cannot just happen in a day.

Athiya and Rahul have been trending on social media ever since news of them moving-in together was revealed. Before that, many media houses suggested that the couple would be tying the knot soon. However, from Suniel’s confirmation rumours have been put to rest.

The actor and cricketer first made a public appearance at Ahan Shetty’s film screening. Their appearance  created quite a buzz in the media because that is when they confirmed dating each other.

After that, both could be seen sharing images on social media. On Rahul’s birthday, Athiya posted an image of the two posing in front of a mirror. She captioned it, “Grateful for you, Happy Birthday.”

Several media reports also suggest that Athiya and Rahul met each other through their common friends. However, despite all the posts and appearances, the couple never made any assertions when reporters asked them about their relationship. Rahul even dismissed the question saying, “Just media reports.”

When the cricketer was in England, playing the test series, Athiya accompanied him and cheered for her beau. They kept sharing images on social media but never made public declarations. Not even their family members commented on any such posts.

Athiya Shetty On The Work Front Athiya made her debut with Hero in 2015. It was produced by Salman Khan. She was even nominated for the Best Female Debut Filmfare award. Soon after, she became the brand ambassador of Maybelline New York.

In 2017, Athiya was a part of a romantic comedy called Mubarakan. Although it earned ₹93.59 crores, it was considered a flop.

In 2019, she played one of the leads in Motichoor Chaknachoor, opposite Nawazuddin Siddiqui. The actor is next set to be a part of footballer Afshan Ashiq’s biopic.

KL Rahul On The Work Front

Hailing from Bengaluru, Rahul is currently the vice-captain of the Indian national cricket team for men. In 2022, he captained the team in a test series against South Africa.

He was the first Indian to score a century in his One Day International debutt of men. He is also the third Indian to secure centuries in all three formats of the game.

In 2022, he became one of the highest-paid cricketers in the Indian Premier League, after Virat Kohli. As Suniel Shetty was quoted in the video, the batsman is yet to play many matches for the country in the upcoming months.