Sara Ali Khan posts 7 pictures with Amrita Singh on her Instagram and these pictures are proof that she, indeed, is a replica of her mother.

Amrita Singh is celebrating her 64th birthday on 9th February. She is known for her spectacular roles and has a lot of fans. Apart from her professional life, she has been in the spotlight for her personal life as well, especially since her daughter, Sara Ali Khan made her debut in Bollywood.

One thing that fans have always pointed out is Sara looks exactly like her mother and we couldn’t agree more. There have been many instances where we could see the resemblance, both on-screen and off-screen. Once again, Sara has proved that she is a mirror image of her mother as she posts 7 pictures on her birthday.

Sara Ali Khan is quite close to her mother and she wishes her ‘Happy Birthday’ by posting 7 images on her Instagram handle. These are a couple of collages where Sara has taken her picture along with her mother’s picture from when was around Sara’s age. She has taken 2 similar images for every picture and made a collage. While choosing this picture, she has focused on similar pose, makeup, outfit, hairstyle and many more. You’ll be surprised to see how similar the two actresses look.

She not only wishes her mother with these lovely pictures but also writes a note for her in the caption. She writes ““Happy Happy Happy Birthday Mommy. Thank you for always showing me the mirror, but still always motivating me, encouraging me and inspiring me. I promise to always try my hardest to make you happy and proud and I will try everyday to imbibe a fraction of the strength, beauty, grace and brilliance you exude. #bosslady #superwoman #mywholeworld #numberone #likemotherlikedaughter” 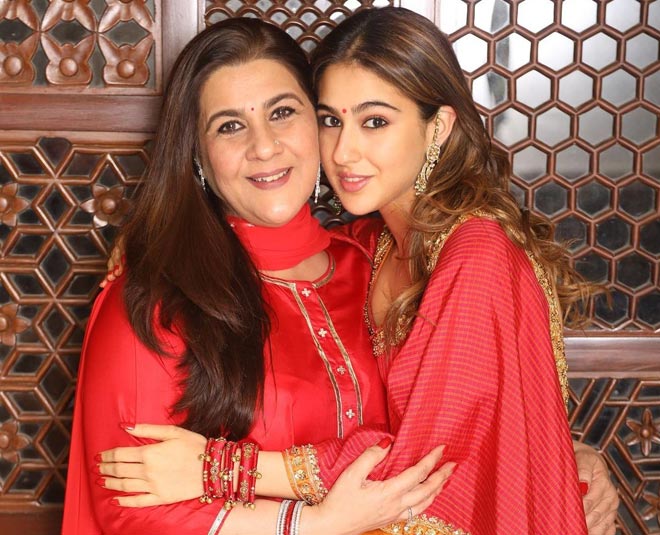 Since Sara has entered Bollywood, everyone can see the uncanny resemblance between the mother-daughter duo. They have been spotted together on several occasions and every time, we can see how similar the two look. They have the same features and when they stand together, anybody can easily identify that they are mother and daughter. 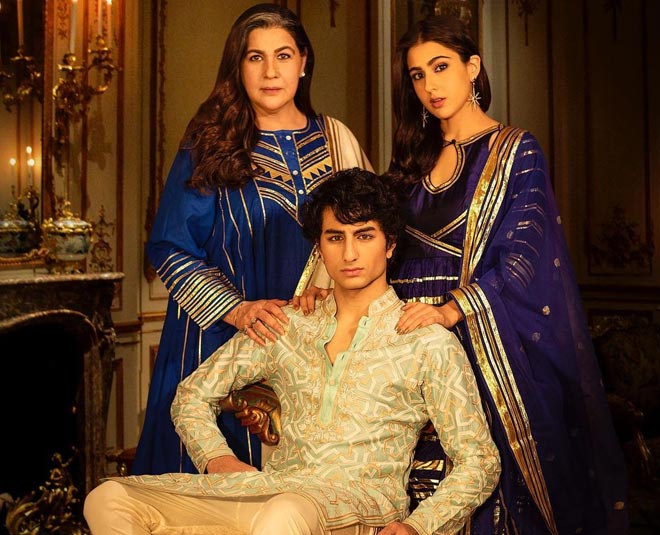 Amrita Singh married Saif Ali Khan in 1991. The two have two kids together, Sara Ali Khan and Ibrahim Ali Khan. However, the two got divorced in 2004. Since then, Sara and her brother, Ibrahim live with their Amrita Singh. Saif Ali Khan married again in 2012 to actress Kareena Kapoor.

Sara Ali Khan was last seen in Atrangi re which was directed by Anand L Rai. The film was released on Disney+ Hotstar and also starred Dhanush and Akshay Kumar. Other than this, Sara has just wrapped up the shoot of Laxman Utekar’s film in Indore. In this film, she will be seen opposite Vicky Kaushal.