On the occasion of Amrita Singh’s birthday, let’s take a look at some of her adorable moments with daughter Sara Ali Khan.

Veteran actor Amrita Singh ringed in her birthday today and she turns stunning 64!

This gorgeous and chirpy 80s superstar doesn’t need an introduction! Be it for her professional life or her personal life, she has always managed to be in the limelight.

She made her Bollywood debut in 1983’s hugely successful film Betaab. Then, she went on to do films like Sunny, Mard, Mera Dharam, Chameli Ki Shaadi, Khudgarz, Batwara, and many more.

However, she took a hiatus from acting after marrying Saif Ali Khan. The couple welcomed their two kids - Sara Ali Khan in 1995 and Ibrahim Ali Khan in 2001.

But their marriage later fell apart and Amrita Singh returned to the silver screen with the film 23rd March 1931: Shaheed in 2002 and then won hearts with her acting in films such as Shootout at Lokhandwala, Aurangzeb, 2 States, Hindi Medium, and Badla, to name a few.

Now, Singh continues to be in the headlines courtesy of her daughter Sara Ali Khan who has been among the A-listed stars of B-town. So, on Amrita Singh’s Birthday today, we are going to take a look at some of the cutest moments of the most adored mother-daughter duo of Bollywood.

What are you waiting for? Scroll ahead! 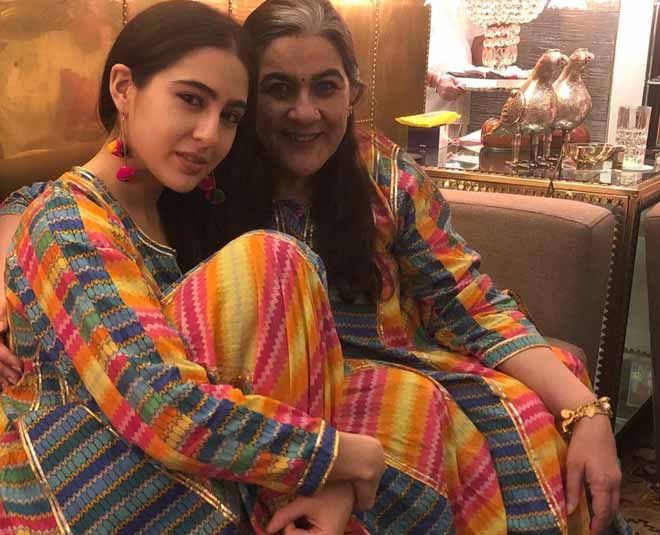 Sara Ali Khan and her mother Amrita Singh share a wonderful bond. And this mother-daughter duo often gets spotted and captured in matching outfits, especially in ethnic ensembles.

Sara Ali Khan shared this picture on her social media handle where they both were seen twinning in multi-coloured Anarkali suits. But that doesn’t mean that this twinning fever overshadows their individual style sense.

As you can see, Sara opted for a chic vibe and made a statement with her pom-pom earrings. On the other hand, Amrita Singh completed her look with a simple bindi and elegant stud earrings with a gold bracelet. 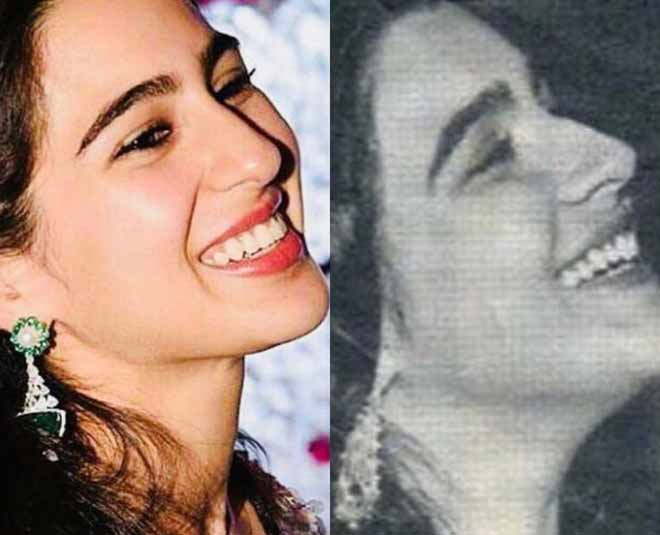 Sara Ali Khan looks stunning in every single post she shares on Instagram, don’t you think? Well, you can blame it on her genes!

She is a mirror image of her mother. Not only her uncanny resemblance with her mother but also through her chirpy personality and her easy-going style, we can see a reflection of Amrita Singh.

Sara, herself, has stated in an interview, “Everything I do comes from my mother, whether it’s styling or films. I bounce everything to her.” This proves that how Amrita happens to be the support system for her daughter.

With their impressive style statements, the mother-daughter duo never fails to catch some eyeballs while sharing pictures and videos of delicious food that leave their fans drooling!

They set out to eat together, only to cheat on their meals! In the video, recorded and shared by Sara, both of them gorged on a South Indian classic ‘Dosa’.

In the video, in front of Amrita was a giant dosa that outstretched the table and Sara could be heard teasing her mother while saying, “Why are you eating like this today? What's gone wrong?”

She then captioned the post giving it a poetic twist,

“When mommy and I set out to eat,

We don’t care about diet-only cheat,

Even food competitors should shut up and give us their seat!”

Blast From The Past! 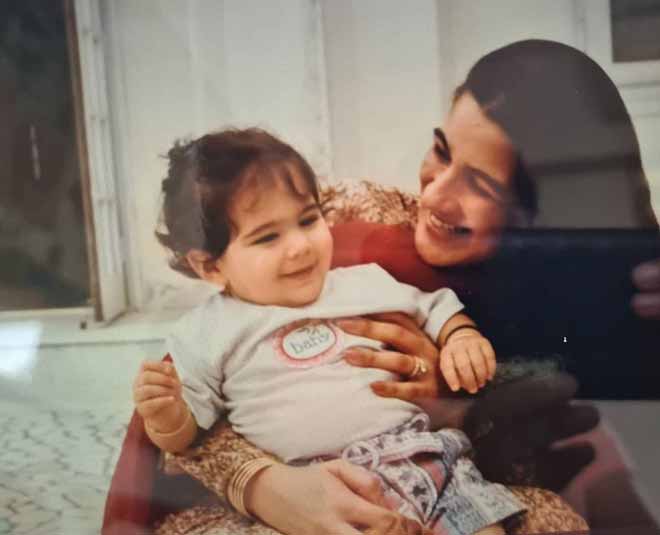 Sara Ali Khan's throwback pictures have been a favourite with the fans but this time her aunt Saba Ali Khan Pataudi shared a picture of the actress’ childhood.

In the photo, we can see little Sara Ali Khan in the lap of her mom wearing printed shorts and a white tee. The actress was certainly an adorable munchkin and both of their smiles gives us the most adorable moment!

What do you think about this mother-daughter relationship? Do share your thoughts with us on our Facebook page. For more such stories, stay tuned to HerZindagi!