Akash Ambani and Shloka Mehta got married in March 2019 in an extravagant star-studded affair in Mumbai. Ever since then, the duo has been spotted ind... 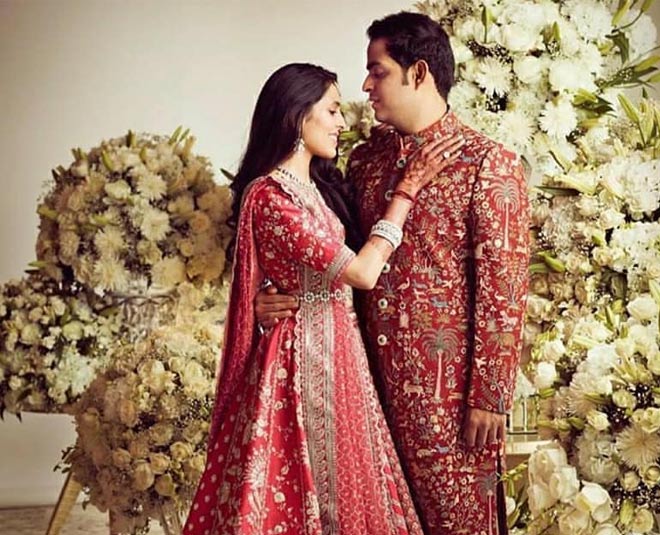 Akash Ambani and Shloka Mehta are undoubtedly one of the most popular and loved couples in the tinsel town and they are celebrating their wedding anniversary today! They met in school, became good friends and the rest is history.

The couple got engaged in 2018 at an exotic location in Goa and tied the knot in a big-fat wedding last year. Akash and Shloka made the most gorgeous bride and groom ever as they were dressed in intricate and beautiful outfits by Sabyasachi. The couple is often seen together at events, parties, receptions or at the airport as they fly in and out of the country and we must say they look super adorable together!

Akash and Shloka often indulge in PDAs and make our hearts flutter with their mushy love. So, today we bring to you some their cutest and most adorable moments which made us all go 'aww'!

This is one of the most beautiful and vibrant pictures of Akash and Shloka depicting the playfulness and bonding the two share in their marital life. These candid pictures were taken when the two were asked to pose for paparazzi before attending Armaan Jain's wedding. 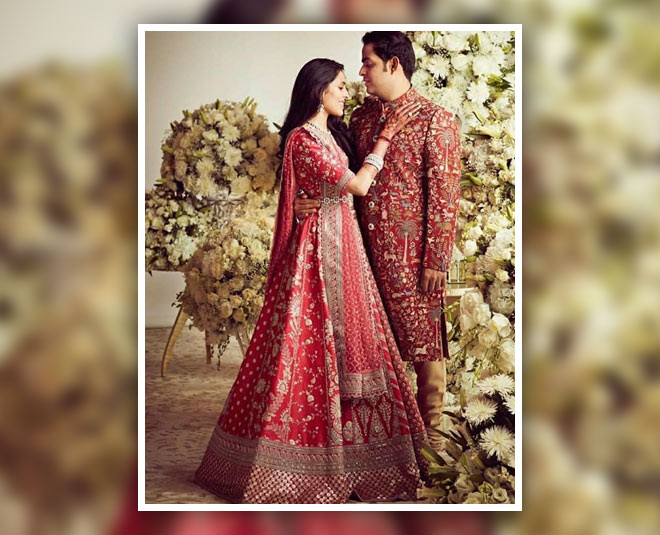 Exuding the ever-increasing love and affection between Akash and Shloka, this picture belonged from their pre-wedding celebration. The two looked majestic together. One of the cutest moment was when Akash introduced Shloka to paparazzi as, “ Meri biwi se milo” and made Shloka blush!

Remember the time when the shutterbugs asked Akash to pose for the cameras, and he playfully joked with the media to click good photos of Shloka. “Shloka ka photo ache se nikalna. Smile karte hue, vo nervous ho jaati hai”, he said.

The happiest couple indeed, Akash And Shloka do make our heart skip a beat with their exuberance in every public outing.

This is yet another moment when they took PDA to a whole different level. Last year, a video went viral on the internet, in which Akash and Shloka can be seen dancing together and sealing the love with a kiss! Aren't they cutest?!

In a chat with a leading media portal, Shloka spoke about her bond with Akash and shared, "Akash is incredibly grounded, and we share a bond based on meaning and memories. We don't just get along - we also support each other's hopes and aspirations and are determined to build a sense of purpose in our lives together. We are lucky to have a love that began with being best friends and luckier still to have such supportive families.”

We bet these lovey-dovey photos of Akash Ambani and Shloka Mehta will make you fall in love with them!