Sajid and Wardha’s married life is currently on track. They got married in 2004 and have two sons Subhan and Sufyan.

B-Town's famous filmmaker Sajid Nadiadwala is known for many successful films like Baghi, Tamasha, Housefull, 2 States, Kick, and so on.

Though, he has shaped the career of many Bollywood actors, but he himself has gone through a lot of ups and downs in his personal life. It is truly the instance of “with fame comes hate and lots of rumours.”

While it’s been 28 years since the beautiful and talented actress, Divya Bharti left us all with some great films, her husband, producer Sajid Nadiadwala and his present wife Wardha Khan Nadiadwala are still dealing with hatred and social media trolls. The worst part is, Wardha, who is not even remotely connected with the event that happened in the past, is still dealing with people trolling her over Divya Bharti.

However, the reality is completely different and surprising. After the death of actress Divya Bharti, Sajid Nadiadwala was heartbroken and Wardha Khan not only handled the filmmaker after stepping into his life but also brought his business back on track. 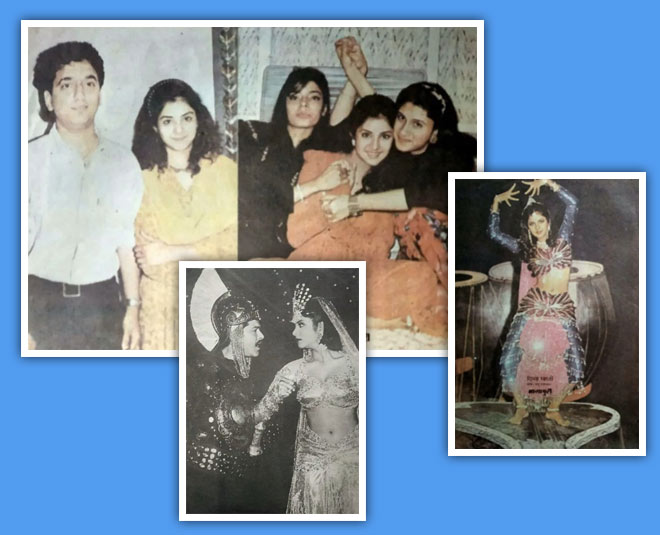 Divya Bharti is an evergreen name of the Bollywood industry. She got married to Sajid Nadiadwala in 1992 as soon as she turned 18. She also accepted the religion of Islam and changed her name to Sana.

But their married life did not last long as Divya Bharti died at the age of 19 on April 5, 1993. She reportedly died after falling from the 5th floor of her home’s balcony in Mumbai. The sad news of the young actress’s death saddened not only her friends and family, but her fans were also grief-stricken with the loss of one of the nation’s popular and talented stars.

Sajid Nadiadwala was heartbroken after Divya’s demise. To this extent that he still carries her picture with him in his wallet.

Don't Miss: Divya Bharti Death Anniversary: Take Cues From Her To Freshen Up Your Summer Look Wardha Khan was a journalist back then and met Sajid for an interview. She knew from that moment that Sajid was the one for her.

She stated, “I used to find ways to meet him – stories, interviews or just land up on his shoot and sit and chat with him.”

Wardha Khan was madly in love with Sajid Nadiadwala as she said, “It's the norm usually that a boy chases the girl, but in our love story I chased him and his family.”

“One day I told him on the phone that when we get married in the future and he just hung up on me. I would think why does the boy have to propose. I think differently. If you love, love madly and passionately, love cannot be half-hearted,” she revealed.

Don't Miss: Vintage Video Of Divya Bharti Talking About Sridevi Is Too Cute For Words 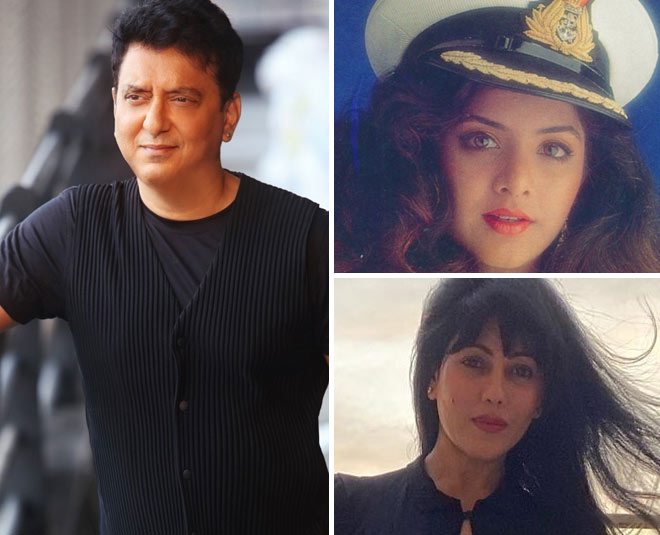 In one of her previous interviews with an entertainment daily, Wardha Khan broke the silence on her husband’s former wife, Divya Bharti.

Even though Divya passed away almost two decades ago in an unfortunate accident, Wardha and her family still remember her as an important part of their lives. She described how they remember her and are still in touch with Divya’s family.

“I know people keep throwing these questions sometimes. Sometimes, they think I am being trolled. Divya is still very much a part of our lives. Her family, her dad, her brother Kunal, they are like our family, they are a part of each celebration. So when you guys try to troll me, please know that I am not getting trolled. On her anniversaries and birthdays, we speak to each other. When my children watch her movies, they call her ‘Badi Mummy’. So, guys, she is still a very, very beautiful part of our lives,” said Wardha Nadiadwala, according to a media report.

She also talked about her husband Sajid’s relation to Divya’s brother and father. Post the death of Divya’s mother, Sajid and Divya’s family has come closer. In fact, the late actress’s brother and the ace producer share a brother-like bond. “Sajid is so close, Sajid is like a son to dad, after Mumma (Divya’s mother) passed away,” said the famous filmmaker's wife.

She added, “You can’t even imagine how close dad and Sajid are. And Kunal and Sajid, they talk just like brothers would. And I have not tried to replace her ever. I have made my own place. Memories are always beautiful. So, stop trolling me! She is a part of my life, and we are enjoying. Sometimes people say, ‘Divya Bharti bahot acchi thi. Of course, bahot acchi thi yaar.’ We love her. She is very much a part of my life.”

Do share your thoughts with us on our Facebook page. For more such stories, stay tuned to HerZindagi!