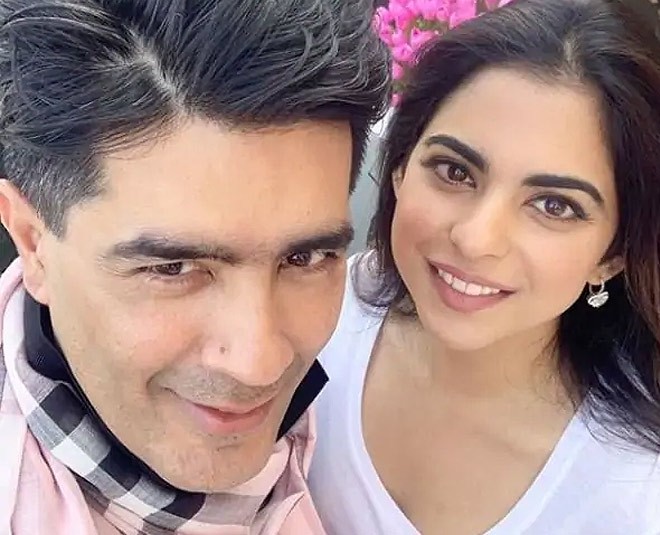 Actually, ace designer Sabyasachi Mukherjee tagged an account that goes by the name iishmagish while sharing her look from Ambani's extravagant pre-Diwali bash at the Jio World Centre in Mumbai, where several celebs were in attendance. “Isha Ambani Piramal @_iiishmagish in a Sabyasachi Benarasi sari and heritage necklace by Sabyasachi Heritage Jewellery,” the caption reads. In the pictures, Isha Ambani can be seen decked up in a lightweight mint green Sabyasachi silk saree, which illustrated floral motifs woven with pure zari. Taking her look a notch higher, she teamed up her saree with a contrasting velvet blouse in maroon with gold zardosi work. As for jewellery, Isha opted a statement neckpiece with complementary jhumkas and a pair of kadas from Sabyasachi Heritage Jewellery' collection. With her half-up, half-down hairdo, the stunner rounded off her look with a dewy base, metallic eyelids, bronzed cheeks, and nude lips.

However, the celebs go-to designer tagged Isha not only once but twice! Sabyasachi posted another picture of Isha in the same attire and tagged that same ID and wrote, "Isha Ambani Piramal @_iiishmagish in a Sabyasachi Benarasi sari."

A post shared by Sabyasachi Mukherjee (@sabyasachiofficial) onOct 25, 2019 at 1:49am PDT 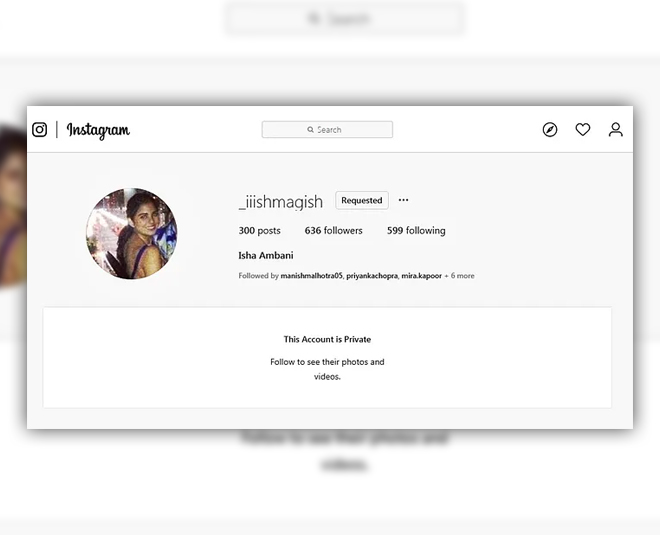 This private account was also followed by Manish Malhotra, Priyanka Chopra, Mira Rajput Kapoor, Alia Bhatt and many A-lister celebs around the world. All these celebrities enjoy a close bond with the Ambani family and had even attended Ambani's every function or party. Be it a Ganesh Chaturthi celebration or Mukesh Ambani's niece's wedding, these celebs has marked their presence in every Ambani's function.

Isha Ambani also shares a close bond with a global star, Priyanka Chopra and they were often spotted together. During an interaction with VOGUE, Isha opened about her equation with PeeCee and said that she means more than a friend to her. "PC, I’ve known forever. But she is more like an elder sister to me. We actually got closer when we were both living away from home in the US. We again share a very real relationship—we see each other in real-life settings and not in like glamorous ones; we have real conversations. She’s a really strong mentor and role model," she said.

Well, we are super excited to see Isha on Instagram, what about you? Do tell us in the comments and stay tuned to HerZindagi for more such articles.
Disclaimer