Paras And Mahira Distributing Food To Needy A PR Stunt? Jay Bhanushali Hints At It

Jay Bhanushali hints at Paras Chhabra and Mahira Sharma as he slams celebrities who are making videos of themselves while donating food. 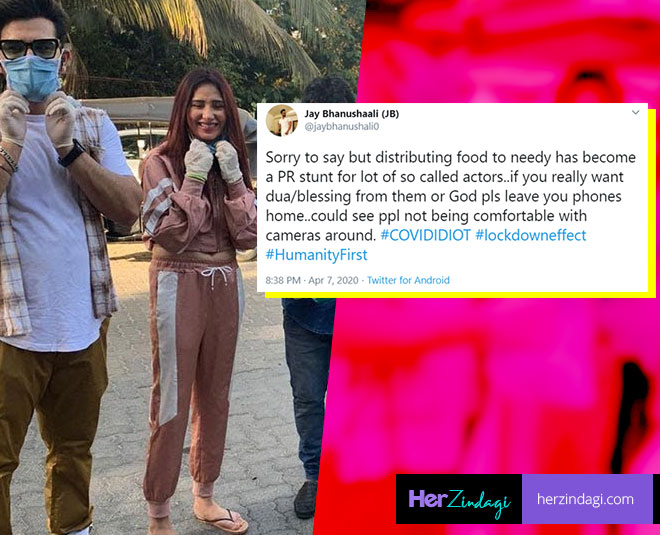 A lot of celebrities are coming forward to help those in need during these difficult times. We recently shared with you that Paras Chhabra and Mahira Sharma stepped out to distribute essentials to the needy. Paras and Mahira also went on to share a video of them distributing these essentials and many didn't like it and called it show off.

While the trollers kept the comments coming on their Instagram, actor Jay Bhanushali took to his Twitter on the same day and tweeted, "Sorry to say but distributing food to needy has become a PR stunt for lot of so called actors..if you really want dua/blessing from them or God pls leave you phones home..could see ppl not being comfortable with cameras around. #COVIDIDIOT #lockdowneffect #HumanityFirst.

Dumbo watch the video properly I never said I have donated food or money i was there as a volunteer(one who works without getting paid) and there are many volunteer in the video I was promoting sikh community and appealing ppl to donate to local gurudwara. Chal abhi Shaikh chilli https://t.co/BDMmpvxL5w

Paras Chhabra On Helping The Needy 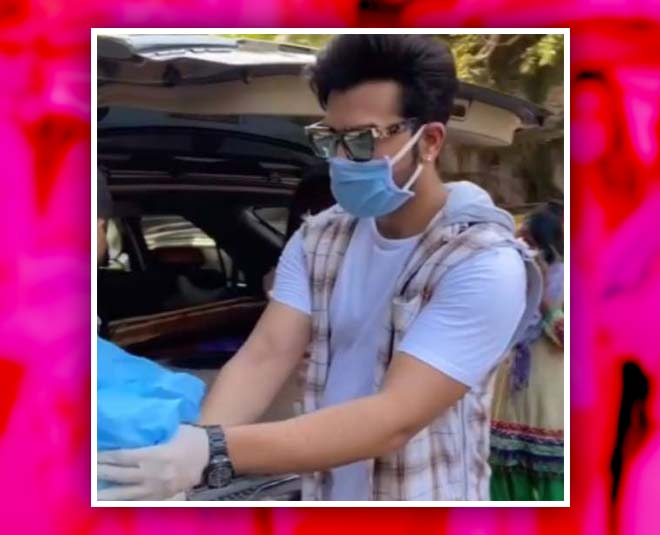 In an interview, Paras Chhabra talked about it distributing essentials to the needy. He said, “Bigg Boss is a platform that brings in a lot of popularity and Bigg Boss 13 was one of the highest-rated seasons so far so every single contestant is popular right now. So whatever people are talking about that we are doing this to show off but that is not true. We go out to buy essentials ourselves and we see how there are people, the daily wage earners who are asking for essentials like aata among other things. We are celebrities and we share photos of brands, etc so that people are buying it. And so, if we can do that, what is wrong with helping out people who are needier and promote that on social media?”

“I simply thought if I can help and contribute to making things easier for them, then why not? Also, they don’t even have masks or sanitizers, so I just did my bit and gave them the essentials and did what was in my capacity. So that was for people who belong to well to do families and of course WHO has laid out guidelines to step out and we must follow those while doing it. Now if someone is interpreting it in another sense and calling it show off, then that does not bother me. It is simply about helping someone and positivity, we are all sitting at home anyway, so why not,” he added.

On Jay Bhanushali Calling It A PR Stunt

Paras Chhabra shared that his fans were smart enough to see who was trying to target him. He said, “It simply depicts one’s thinking. People are telling me that they haven’t named anyone, and well, I haven’t taken anyone’s name either. It is just that fans are smart enough to know who is it aimed at and when I visited their post as well, they wrote things like ‘so called actor’ and well, I can understand things too since it has come a day after our post so it was pretty clear.”

Paras Chhabra also shared a long message on his Twitter where he said it was easy for people to comment on him and they should use their power to influence others. Have a look:

Dumbo watch the video properly I never said I have donated food or money i was there as a volunteer(one who works without getting paid) and there are many volunteer in the video I was promoting sikh community and appealing ppl to donate to local gurudwara. Chal abhi Shaikh chilli https://t.co/BDMmpvxL5w

In between this Twitter war, Mahhi Vij also came in and wrote,  “Losers we didn’t even know wt Paras was doing so shut your mouth bdw thank u for telling us ...”

Losers we didn’t even know wt PAras was doing so shut your mouth bdw thank u for telling us ...

Well, we neither Jay nor Paras took each other's name but seeing the Twitter war, its quite clear what they were hinting at. What do you think? Was it a PR stunt or the two actually wanted to help the needy and influence their fans. Share with us!