Known as the ‘Mother Of Orphans’, Padma Shri social worker, Sindhutai Sapkal, passes away at the age of 73. 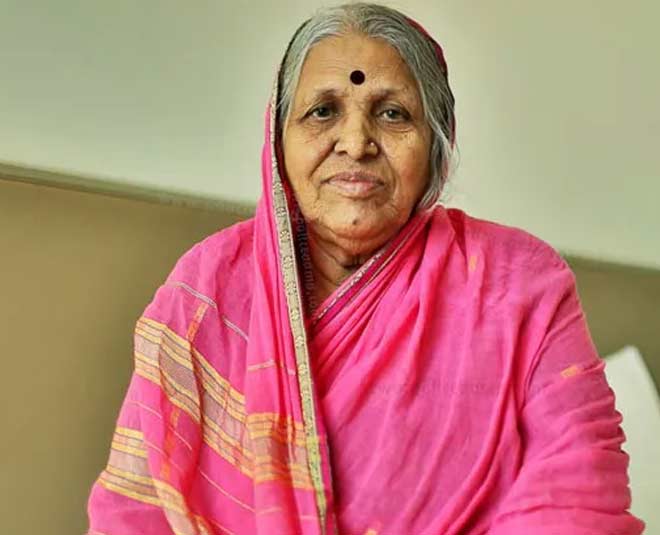 Popularly known as the ‘Mother Of Orphans’, and a Padma Shri social worker, Sindhutai Sapkal, passed away at the age of 73 in Pune on Wednesday, 5th January 2022.

She had been admitted to Pune's Galaxy Care Hospital for over a month. Her cause of death has been ruled to be a heart attack that had taken place at 8:10 PM on the night of 5th January 2022.

Who Was Sindhutai Sapkal?

Sindhutai Sapkal had truly lived her life as a role model for everybody. Coming from a poor family in Wardha, she was married off at the early age of 12, which is considered to be a child marriage. She was married to a man who was 20 years elder than her.

She was sent off to Navargaon with her husband, where she lived in a suffocating marriage. Being married to an older man, she was a witness to physical abuse. She fought against the exploitation of local women, who collected cow dung by the forest department and landlords. Being 9 months pregnant, the 20-year old Sindhutai Sapkal was removed from her community and beaten by her husband as he left her to die with the summon of ‘infidelity’ for life. Spending sleepless nights with her 4 children in sheds, hiding from people, is where Sindhutai Sapkal began her journey on becoming the ‘Mother Of Orphans’.

In 1970, she set up her first Ashram in Amravati and later her first NGO Savitribai Phule's Girls' Hostel. Ultimately, she decided to donate her entire life to orphan children who had nowhere to go.

In her more than 5-decades of selfless service, she ran an orphanage 'Sanmati Bal Niketan Sanstha' near Hadapsar. She was fondly called ‘Maai' by her adopted close to 2,000 children with all the love in their hearts.

Read More- Dr. Alka Mittal: Know All About The First Woman To Head ONGC As CMD She received more than 270 awards from various national and international organizations. In 2017, she was bestowed with the Nari Shakti award, India’s highest civilian award dedicated to women by President Ram Nath Kovind. In November 2021, she was conferred the Padma Shri in the Social Work category.

Dr. Sindhutai Sapkal will be remembered for her noble service to society. Due to her efforts, many children could lead a better quality of life. She also did a lot of work among marginalised communities. Pained by her demise. Condolences to her family and admirers. Om Shanti. pic.twitter.com/nPhMtKOeZ4

Prime Minister Narendra Modi took it to his Twitter account to pay respects to the Padma Shri Social Worker, Sindhutai Sapkal with an appreciation for her life work.

As the tweet reads, ‘Dr. Sindhutai Sapkal will be remembered for her noble service to society. Due to her efforts, many children could lead a better quality of life. She also did a lot of work among marginalized communities. Pained by her demise. Condolences to her family and admirers. Om Shanti.’ Maharashtra Chief Minister Uddhav Thackeray also condoled her death. Sapkal, who took care of thousands of children, was a veritable goddess in the form of a mother, he said. Her last rites would be conducted with state honors on Wednesday, noted a tweet from the Chief Minister's Office.

BJP leader Devendra Fadnavis further said that Sapkal grew up facing adversities and dedicated her life to those who had been rejected by society. In her death, Maharashtra had lost a mother, said Mr. Fadnavis in tribute. The cremation for the late  Sindhutai Sapkal was held on the 5th of January 2022 in the city of Pune where her loved ones had gathered around as they all said her last goodbyes.

We truly have lost a gem. Stay tuned to HerZindagi for viral stories!