Neha Kakkar And Beau Rohanpreet Singh's Wedding Card Goes Viral, This Is The Wedding Date And Venue In Punjab

Neha Kakkar's wedding card is going viral on social media and it has all the details of their wedding in Punjab. 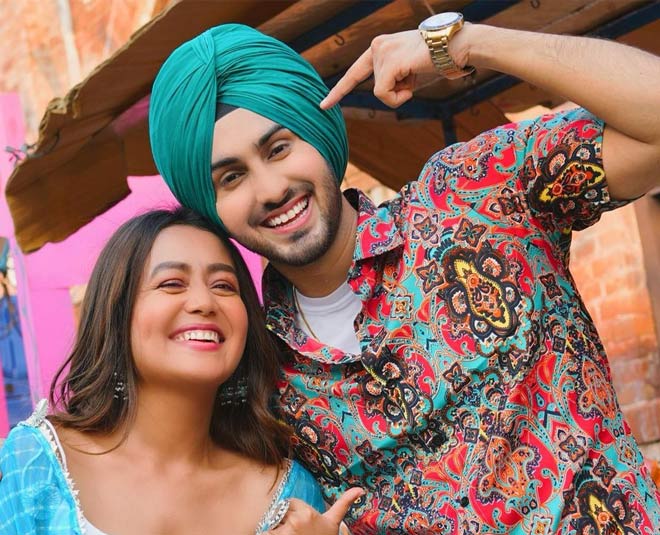 Bollywood's singing sensation is all set to get married to Rising Star fame Rohanpreet Singh. The two made their relationship public a few days ago. Ahead of their wedding, the two are also releasing their song, Nehu Da Vyah on 21st October 2020.

All this while we were wondering when the two are going to tie the knot and what will be the venue. Now the good news is that Neha Kakkar's wedding card is going viral on social media. As the card reads, Neha Kakkar and Rohanpreet are getting married on Monday, 26th October 2020. The card mentions their reception time and venue. It looks like the couple will have an intimate wedding in the morning and then give a grand reception at night. The venue of their wedding as mentioned on the card is The Amaltas, near Mohali Airport Road, Zirakhpur, Punjab.

Don't Miss: After Neha Kakkar, Aditya Narayan Announces His Wedding, Here Is All You Need To Know

Earlier, there were rumors that the two aren't getting married and this is just another promotional stunt for their upcoming song. All you Neha Kakkar's fans who were thinking if Rohanpreet and Neha are getting married for real then well, this wedding card answers it all.

This picture of Neha Kakkar from Rohanpreet's home in Punjab is going viral on social media. The two can be seen sitting on the sofa with Rohanpreet's parents apparently. Bride-to-be, Neha Kakkar can be seen holding a big bag of gifts in her hand. Looks like the roka ceremony was an intimate affair with only close family members in attendance.

Neha Kakkar On Getting Married To Rohanpreet Singh

Neha Kakkar and Rohanpreet Singh's social media PDA is grabbing a lot of eyeballs. The two are expressing it all publically and their fans are loving it. Neha Kakkar shared two pictures from the sets of their song, Nehu Da Vyah, and captioned it, "I have to say our #NehuDaVyah Video is the Most Beautiful video of mine, not only because I met Rohu there but also because it has been shot sooo well! 😍🙌🏼 Thanks to our Directors @agam.mann @azeem.mann 🤗 & our DOP @singh.shinda 🤗."

In an interview, Himansh Kohli talking about Neha Kakkar's wedding said, "Well if Neha is indeed getting married, I am happy for her. She's moving on in her life, she has somebody and it's great to see that."

Neha Kakkar and Aditya Narayan's name was linked up during their Indian Idol's promotional stunt. There were reports that the two were dating but it all got cleared when Neha recently shared that Aditya Narayan was like her brother.

Talking about Neha and Rohanpreet's wedding, Aditya Narayan said, "Neha is a dear friend and I am happy for her. I have known Rohan since he was the second runner-up of Sa Re Ga Ma Pa Lil' Champs way back in 2008 that I hosted. I am thrilled that two of my good friends are getting married."