Have you read the heartwarming post Natasa Stankovic shared on Instagram for her hubby, Hardik Pandya on his birthday yet?

Hardik Himanshu Pandya, popularly known as Hardik Pandya in the cricket world, and Natasa Stankovic have made headlines with Natasa Stankovic sharing a heart-melting birthday post on Instagram for her hubby.

With Hardik Pandya’s birthday on 11th October, Natasa Stankovic took over to her Instagram profile to share a heartfelt note to her hubby, saying ‘Happy bday my bebu❤️ you are my whole world, my everything. Forever grateful for you. Agastya and i are blessed to have you by our side🤍you are simply the best 🥰 ❤️to the 🌙 and back @hardikpandya93’

Natasa truly put her emotions in minimal words out to the world and we’re in awe. The video used the song, ‘I Like Me Better' by Lauv which was featured in the movie ‘To All The Boys I’ve Loved Before’ and we are totally in the feels. The compilation video has a series of personal videos of the family times of the three members and the dogs, Aston and Bentley. It’s one of the cutest things on the internet, isn’t it?

Read More- Hardik Pandya And Natasa Stankovic's Love Story: How They Met, Fell In Love And Tied The Knot

Hardik Pandya and Natasa Stankovic got married on 1 January 2020 during the COVID lockdown period in an intimate ceremony amongst their close family members at home itself. Ever since we’ve been spotting family pictures on both of their social media accounts. On the day of 30th July 2020, they welcomed a new member to their family, Agastya. With no doubts in our hearts, he truly is adorable. 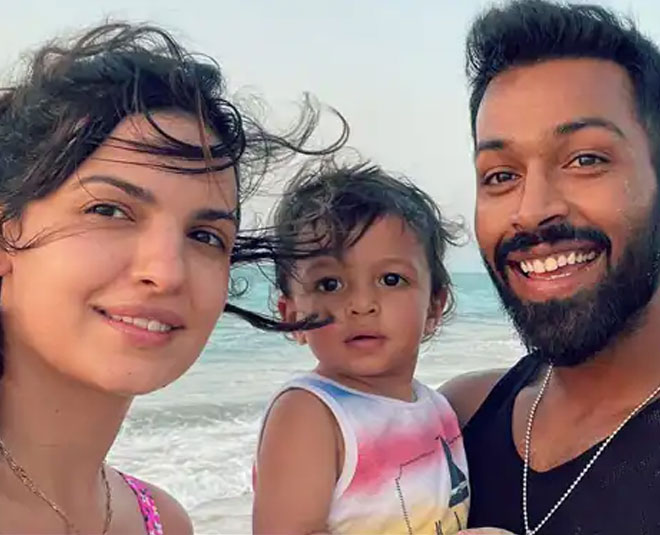 Natasa Stankovic was born 4 March 1992. She is a Serbian dancer, model, and actress, who is currently based in Mumbai, India. She made her debut in Bollywood films with the famous political drama, Satyagraha. In 2014, she participated in Bigg Boss season 8. She has also been a part of Nach Baliye season 9.

Natasa started her career as a model for the brand Johnson & Johnson. She has been spotted in some music videos such as ‘DJ Walle Babu’, a song by Badshah and Aastha Gill, and numerous cameos in the film industry.

Hardik Himanshu Pandya was born on 11 October 1993. He is an Indian international cricketer who plays for Baroda in domestic cricket and Mumbai Indians in the Indian Premier League (IPL) (Aryan Khan Looks Almost Identical To Srk At IPL Auction). He is an all-rounder, a right-handed batsman, and a right-arm fast-medium bowler. His elder brother, Krunal Pandya, is also an international cricketer and is married to Pankhuri Sharma since 2017. 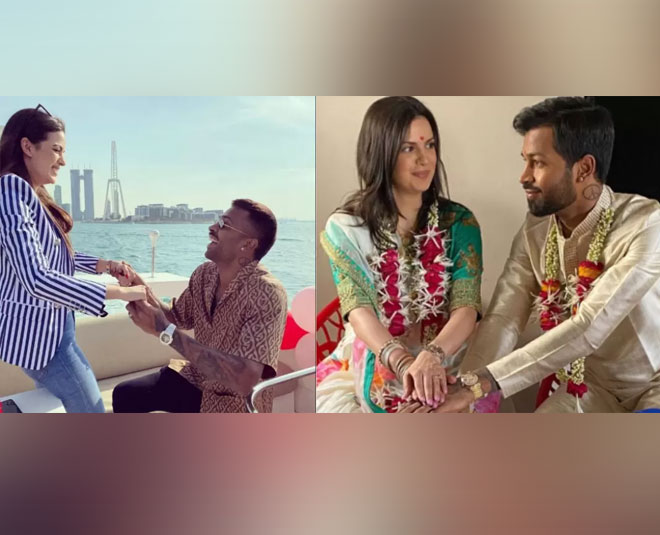 The Koffee With Karan Controversy

In January 2019, Pandya appeared with a fellow teammate, K. L. Rahul on the show Koffee with Karan, and made several controversial comments which were not entertained by the public. During the interview, Pandya spoke about how he had proudly informed his parents of his first sexual experience, which was well received and appreciated by them. He also proclaimed that he likes to "observe how women move" at bars and nightclubs, as well as on social media, and then went on to liken himself to a black person saying, "I'm a little from the black side so I need to see how they move".The public categorized his expression as dirty, belittling, sexist and shameful. Pandya apologized for the remarks he made by saying that he had gotten carried away by the nature of the show.

The Board of Control for Cricket in India (BCCI) responded to the controversy by stating, "It will be considered whether players should even be allowed to appear on such shows which have got nothing to do with cricket."The BCCI found the comments as very insensitive, chauvinist and uncomfortable, and was not impressed by the apology, seeking appropriate legal action into the matter as it was a breach of conduct. Both Pandya and Rahul were handed over a  suspension until a pending investigation and were called back from the ongoing tours of Australia and New Zealand. Furthermore, on 13 January 2019, Gillette suspended their brand association with Pandya for its Mach3 razor. On 24 January 2019, after lifting the suspension on Pandya and Rahul, the BCCI announced that Pandya would re-join the squad for the matches in New Zealand.

What are your views on the heartfelt note Natasa Stankovic left on her Instagram profile for her hubby, Hardik Pandya? Let us know on our official Instagram handle. Stay tuned to HerZindagi for more!