Lata Mangeshkar was rushed to the hospital yesterday after her health deteriorated.

Lata Mangeshkar's health recently deteriorated and was rushed to Mumbai's Breach Candy Hospital. Her condition was said to be critical and she was put on the ventilator. The Queen of Melody passed away on 6th February 2022 at the age of 92.

Veteran singer, Lata Mangeshkar had earlier tested positive for COVID-19 and suffered from mild symptoms. She was admitted to Mumbai's Breach Candy Hospital earlier this week. The legendary singer was kept in the ICU under observation.

Earlier, Associate professor Dr Pratit Samdani from the hospital said, "She continues to be in the ICU under observation. We have to wait and watch. Pray for her recovery. She will continue to remain in the hospital."

Lata Mangeshkar's sister, Asha Bhosle while speaking to a news daily earlier had shared that she visited the hospital to meet her elder sister but wasn't allowed. Asha Bhosle shared that severe restrictions and protocols were being followed in view of the ongoing pandemic at the hospital. However, she got to know that her sister's health was improving and it was better than before.

She was discharged after her health was stable. However, once again she was admitted to the hospital. She was under aggressive therapy. Her condition was critical.

Lata Mangeshkar's nephew Adinath Mangeshkar collected the singer's ashes from Shivaji Park, Mumbai. Assistant Municipal Commissioner Kiran Dighavkar told PTI, "We handed over the asthi kalash (urn) to Adinath, son of Lata's brother and music composer Hridaynath Mangeshkar." There are no reports on where the family has decided to immerse the ashes.

The last rites of the legendary singer will be performed at Shivaji Park today evening pic.twitter.com/poVpSWNm2f

Before the final procession, the legendary singer's body was covered in tricolour. Hundreds of fans had gathered outside her residence for her last glimpse. Lata Mangeshkar's sister Asha Bhosle was seen with her hands folded next to her sister's mortal remains.  A large truck with a picture of the late singer decorated with flowers arrived at the residence and the funeral procession began. Reportedly, 8 priests performed the final ritual. The ritual included chanting of mantras for the deceased and took about 30 minutes.

2-Day National Mourning To Be Observed

In the memory of the veteran singer, Lata Mangeshkar two-day national mourning will be observed. The National flag will fly at half-mast for two days as a mark of respect as per Government sources, a tweet by ANI suggested.

Prime Minister Narendra Modi took to his Twitter handle and shared a picture with the veteran singer. He wrote, "I am anguished beyond words. The kind and caring Lata Didi has left us. She leaves a void in our nation that cannot be filled. The coming generations will remember her as a stalwart of Indian culture, whose melodious voice had an unparalleled ability to mesmerise people."

Lata-ji’s demise is heart-breaking for me, as it is for millions the world over. In her vast range of songs, rendering the essence and beauty of India, generations found expression of their inner-most emotions. A Bharat Ratna, Lata-ji’s accomplishments will remain incomparable. pic.twitter.com/rUNQq1RnAp

President Shri Ram Nath Kovind took to his Twitter handle and wrote, "Lata-ji’s demise is heart-breaking for me, as it is for millions the world over. In her vast range of songs, rendering the essence and beauty of India, generations found expression of their inner-most emotions. A Bharat Ratna, Lata-ji’s accomplishments will remain incomparable."

Actress Bhumi Pednekar on her Twitter handle wrote, "A very sad day and a huge loss for all of us, her fans. Your contribution will live on forever ma’am.
My condolences to the family and all her fans across the world. Om Shanti 🙏 #LataMangeshkar."
Genelia Deshmukh
Genelia Deshmukh called Lata Mangeshkar's demise end of an era. On her Twitter post, she wrote, "R.I.p #LataMangeshkar ji
You will always be India’s pride and your voice will always be part of our lives and homes forever and ever…💚💚💚
End of an Era 💔."
Tamannaah Bhatia

We lost a legend today. Truly an end of an era. May her soul rest in peace and glory. #LataMangeshkar 💔 pic.twitter.com/YK1TZ3oXXF

Feeling numb. Devastated. Yesterday was Saraswati Puja & today Ma took her blessed one with her. Somehow it feels that even the birds, trees & wind are silent today.
Swar Kokila Bharat Ratna #LataMangeshkar ji your divine voice will echo till eternity. Rest in peace. Om Shanti. pic.twitter.com/UvUDTPu1eq

The Nightingale of India ,a voice which has resonated with, brought joy and happiness to millions around the world leaves. Heartfelt Condolences to her family and fans. Om Shanti 🙏#LataMangeshkarpic.twitter.com/O6gWb27x3s

If we play her songs one by one, we could hear her for a month and never hear the same song again. Prolific and profound. I mourn with the rest of the country for our nightingale...

My deepest condolences to the family.#LataMangeshkarpic.twitter.com/Dy01l6mbjI

Sanjay Dutt took to his Twitter handle and wrote, "We lost a legend...Lata Mangeshkar ji your music, personality, humility will always stay with us for generations... My condolences to the family Folded hands #LataMangeshkar."
Karan Johar

Sharing a picture of the late veteran singer on his Instagram handle, Karan Johar wrote, "Today heaven truly gained the voice of an angel. I grew up listening to Lata ji’s song and as I mourn her loss today - I know with absolute confidence that unki “awaaz hi pehchan” hai & she has left an indelible mark on our Indian culture for many generations to come. And today the words of my favourite song resonate very deeply in my heart as I sing - lag jaa gale, ki phir yeh haseen raat ho naa ho…shaayad phir iss janam mein mulaakat ho naa ho. Thank you for making an entire nation swoon with your pure voice, we will miss you. Rest in peace, serenity & power. #LataMangeshkar."
Anushka Sharma
Anushka Sharma took to her Instagram handle and sharing a picture of Lata Mangeshkar, wrote, "Sad sad day for India as our nightingale leaves her mortal body. Lataji’s voice has immortalised her for ever. She will live in our hearts through her music. My deepest condolences to her family, friends and fans. RIP Lataji 💔🙏."

Also known as the Nightingale Of India, Lata Mangeshkar, through her almost eight-decade long journey in the music industry gave her voice to many songs in different languages including Hindi, Bengali and Marathi among others.

The 92-year-old singer was one of the most popular playback singers in India. She recorded over 1000 songs for Hindi films and sung for 36 other languages including foreign languages. Lata Mangeshkar got her first break with the song, 'Dil Mera Toda, Mujhe Kahin Ka Na Chhora' in the year 1948. However, she got recognition with the song 'Aayega Aanewala' in the year 1949. Post that, she never looked back. 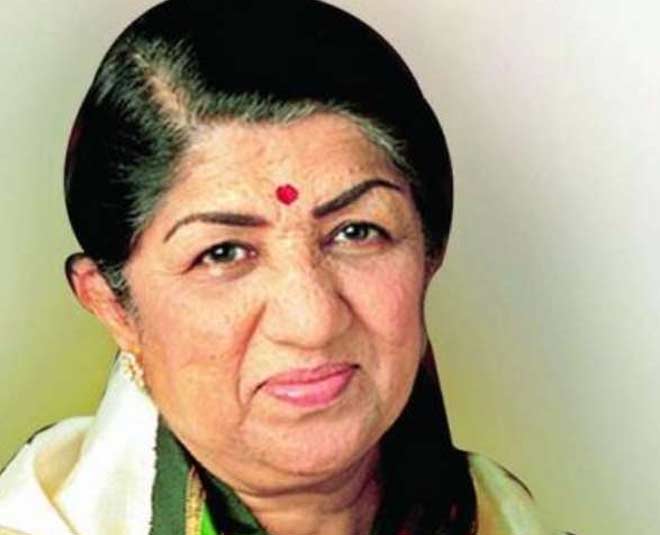 Through her journey in Indian cinema, she was honoured with many awards and recognition. Bharat Ratna (India's highest civilian award), Padma Vibhushan, Padma Bhushan, Dadasaheb Phalke Award, Legion Of Honour (France's highest order) were some honours she received among many others.

Lata Mangeshkar was the eldest child in the family. Her four siblings, Meena Khadikar, Asha Bhosle, Usha Mangeshkar and Hridaynath Mangeshkar are all a part of the music industry and are accomplished musicians and singers.