Do you know Karan Johar charges a whopping amount to host a single episode of Koffee With Karan?

Koffee With Karan is one of the most loved chat shows on Indian television for a reason. It is entertaining and full of fire! The show first aired on 19th November 2004 with the first season and concluded its sixth season on 17th March 2019.

Ever since the last season, we have been waiting for the next season of the show. Earlier last year, Karan Johar teased his fans with an Instagram story where he shared a picture of a cup of coffee and captioned it, 'Karan on Koffee! Season...?'.

Meanwhile, we thought of treating you with some interesting facts about the show. Read on. 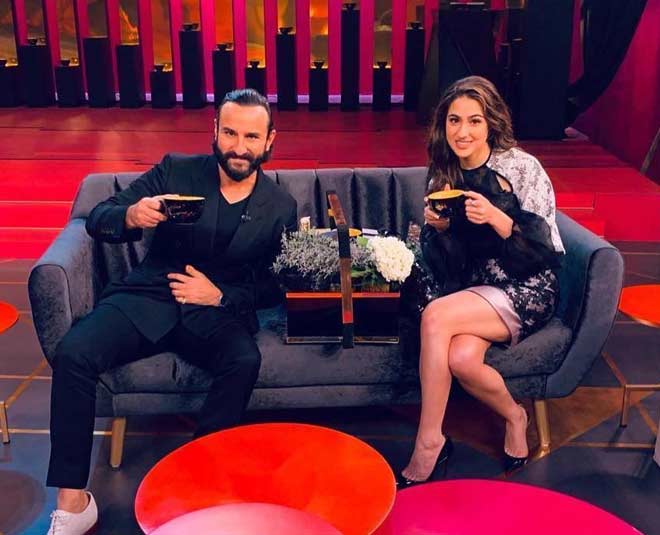 Reportedly, the gift hamper won by celebrities on the show is worth INR 5-10 Lakhs. The gift hamper is given to the celebrity who wins the most loved segment of the show, Rapid Fire Round. The hamper consists of many interesting things.

What's Inside The Coffee Hamper?

Karan Johar reportedly charges INR 1-2 Crores per episode for hosting Koffee With Karan. That makes Karan Johar one of the highest paid hosts for any chat show.

What Do The Guests Drink? Not just coffee, the guests on the show are served their preferred drinks in their respective coffee mugs which are placed right next to their couch on the table. Interestingly as per a report, host Karan Johar drinks diet coke in his coffee mug.

On days when the shoot goes excessively long, celebrities enjoy their meals on the set which are exclusively prepared for them.

How Are The Questions Designed?

Wondering how does Koffee With Karan become the talk of the town every season? Well, the questions for each and every celebrity are framed in a manner that they can explore the secrets and interesting talks of the glam world.

Don't Miss: 20 Years Of K3G: These Unseen Pics From The Sets Will Make You Nostalgic

No Repetition Of Pairs

Have you ever noticed repition of a pair on the Koffee couch? Well, that's because filmmaker and show host, Karan Johar follows hit hit mantra through all the seasons. He ensures that there is no repitition of the same pair on the show. In an interview, Karan Johar said, "I don't want anyone to say that this season's 'Koffee With Karan' looks like a repetition of the last one. Even when I bring on non-film folks, I want to make sure my audience isn't robbed of its glamour quotient."

Interestingly, what we see on the promos of the show is the edited episode. Each and every episode of Koffee With Karan is carefully edited to avoid any controversies. All the episodes have some controversial element and that's why the bloopers of the episode aren't released before or even after the episode is aired on the channel.

Karan Johar's show, Koffee With Karan faced a lot of criticism after the unfortunate demise of Sushant Singh Rajput. A lot of old clips of the show went viral on social media post his death and netizens had called out the filmmaker for being mean to the late actor.

We wonder when does the team of Koffee With Karan plans to premiere the next season of the show. What do you think? Share your thoughts with us on our Facebook page. For more such stories, stay tuned!