Kerala schools are paving the way in abondoning gender stereotypes by introducing gender neutral uniforms for students. Read on to know more.

Schools in Kerala while breaking the shackles of gendered clothing, introduced the idea of unisex uniforms in schools. This concept is gaining traction and is being hailed as a step forward to promote gender neutrality in the state.

Valayanchirangara government Lower Primary School, located near Perumbavoor in Kerala's Ernakulam district with a strength of 754 students introduced the new gender neutral uniform, a move which is termed very progressive. The new dress code was planned and implemented in the lower primary portion of the school in 2018, and it was extended to all students this academic year when the schools reopened recently following the pandemic-induced lockdown.

Decision was implemented in 2018. It made the children confident; the idea is boys & girls should have equal freedom: Suma KP, Headmistress in-charge (19.11) pic.twitter.com/gZWgRft0dM

C Raji, who was the headmistress of school in the year 2018 implemented the decision after the approval from school management committee and parents teachers committee.

The former Headmistress said, “This is a school with good vision. Gender equality was the main subject when we were talking about many factors to implement in the school. Therefore, uniforms came to mind. When I was thinking about what to do with it, I could see that girls face a lot of problems when it comes to skirts. The idea of a change was discussed with everyone. 90 percent of parents supported this at that time. The kids were happy too. I feel very happy and proud that this is being discussed now,”

The current president of the PTA, Vivek V, who was a part of the executive committee which took the decision of the PTA in 2018, told PTI the reason behind this move is that they wanted all the children to enjoy the same level of freedom.

He told, "We got the backing of the students and their parents. We wanted all the students to have the same uniform so that they could enjoy the freedom of movement. This was first introduced in the pre-primary classes of around 200 students. It was a big hit which gave us confidence to implement it for all other classes,"

Ideas of gender justice, equality and awareness will be emphasised during curriculum reform. But these lessons need not be restricted to textbooks. Admirable move by Valayanchirangara LP School. Students of all genders will now wear the same uniform here - short pants & shirts. pic.twitter.com/0GRggq8ZOi 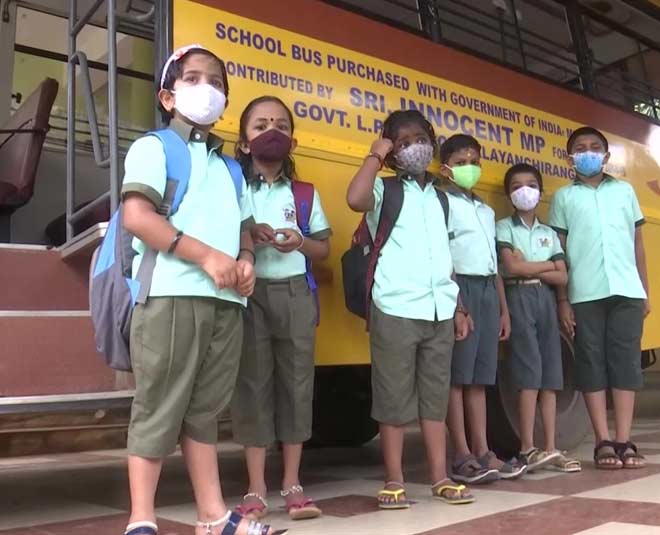 Vidya Mukundan, who works as a costume designer for television shows and commercials, was the person behind designing the gender-neutral uniform for the children of Govt LPS Valayanchirangara in Perumbavoor in 2018. She designed three-fourth trousers as uniform which were similar to the boys' shorts. The uniform was implemented in the school that year, and more than 700 students now wear these trousers and a shirt as their uniform.

Don't miss: The First Women's Only Hotel In Kerala Is Best For Solo Travellers

Other Schools To Implement The Rule Of Gender Neutral Uniforms

This move by Kerala schools sure does look like a progressive move towards gender neutrality.

What is your opinion on gender neutral uniforms? Let us know on our Facebook page.