What's All The Fuss About Jim Corbett Park Name Change To Ramganga park?

A fuss has been going around regarding the name change of Jim Corbett National Park to Ramganga Park. Read on to know the whole story.

People have been making a fuss about Uttarakhand's Jim Corbett National Park name change to Ramganga National Park for a few days. But what's the real story? You'll learn everything about it in the next few lines.

Following a visit by the Union Minister of state for environment, Ashwini Kumar Choubey, on October 3, several news reports were shared stating he sought a proposal in the regard of name change from the state forest department.

But after several reports went viral and created a fuss, the Uttarakhand government clarified on Thursday that it has neither received any proposal nor was in favour of changing the name of Jim Corbett National Park to Ramganga National Park, as reported by News18. The whole confusion regarding the name change started after Union minister of state for forest and environment, Ashwini Kumar Choubey visited the Jim Corbett National Park and after being told about the place's history, he responded by saying he personally preferred the name, ‘Ramganga National Park’. He reportedly also wrote about the preferred name in the guestbook provided, where dignitaries leave their personal impressions and suggestions.

According to records, Hailey National Park was established in 1936 which was later renamed to Ramganga National Park in the year around 1950, post Independence, for a brief period of time before it finally changed to Jim Corbett National Park.

The previous name Ramganga was named after the river that flows through the place.

About the Jim Corbett National Park 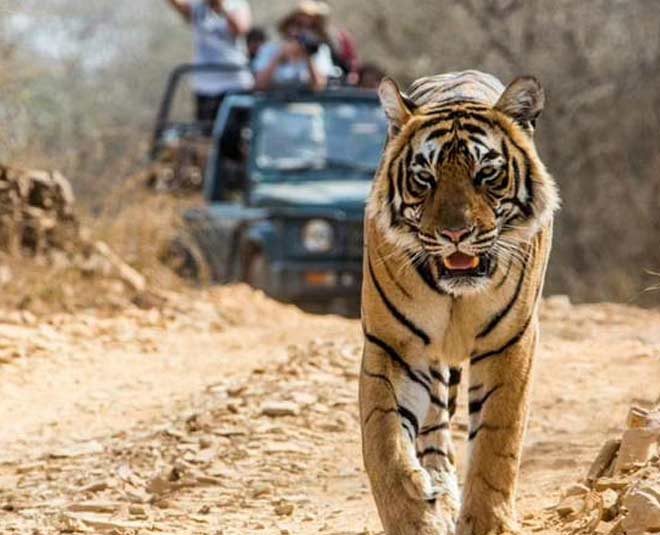 It is a mesmerizing park with its diverse wildlife and breathtaking landscapes.

Corbett was chosen as the launchpad for India's tiger protection programme, Project Tiger, in 1973, and became the country's first tiger reserve. The reserve is estimated to have 252 tigers after last year's count.

According to the annual tiger population estimation exercise jointly conducted by the state forest department and the World Wide Fund for Nature (WWF), this is an increase of 21 from 231 in a year.

Wild elephants, tigers, leopards, barking deer, nilgai, sloth bear, leopard cat, sambur, and other animals can be found in the national park. The park is thought to be home to over 580 species of resident and migratory birds. Tourists can explore the park in a safari.

Read More: Feel The Thrill By Visiting These National Parks Around India

Have you visited the wonderful park yet?