Stop Nightmares From Troubling You, See How To Make A Dream Catcher At Home

Here's how to make a dream catcher to stop the troublesome nightmares and beautify your homes with positive vibes. 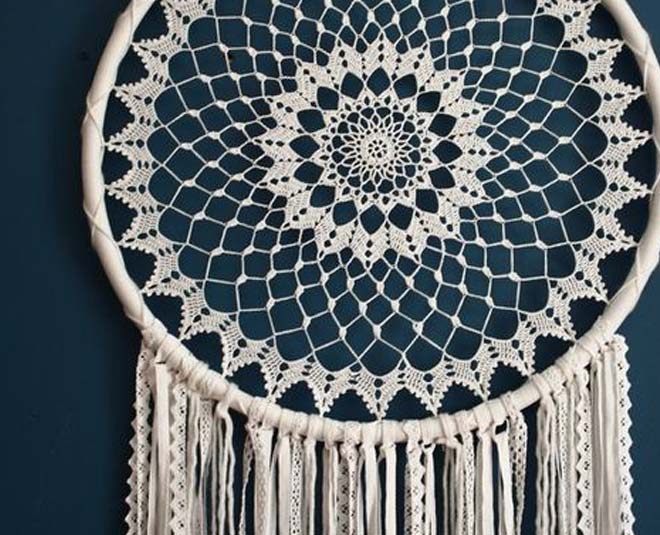 If nightmares have taken a toll on your sleep then it’s probably time you start meditating to clear your mind. Nightmares happen as a result of the negative thoughts in the subconscious mind and that is why in ancient times, people used to hang dream catchers on the entrances of their homes. Dream catchers are legendary objects that were believed to have magical powers to control nightmares and give you good dreams and also transform the negative energies in the room into positive energies.That is why we are here to tell you how to make a DIY dream catcher at home in very easy and simple steps.

Start With The Big Ring 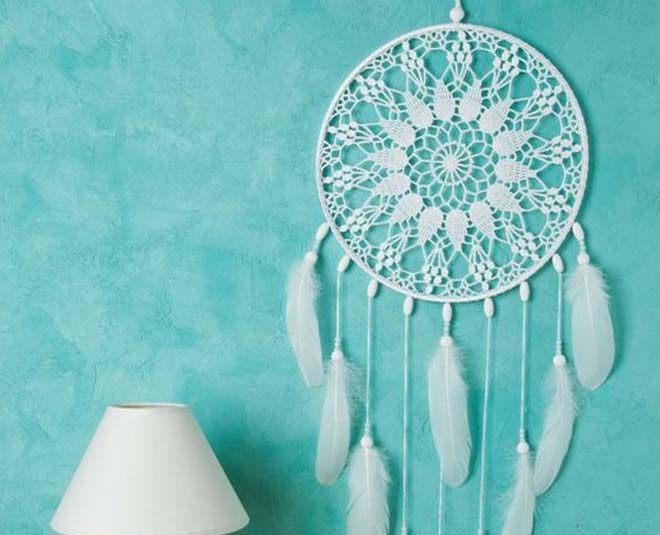 To make a dream catcher the most basic step is to start making the ring that features the net designs. So, for this, you will need a 23 cm diameter metal wire shaped like a circle, wool of two different colours, and some glue. Secure the open ends of the wire with tape and then cover the entire circular frame with it. Then take some good quality wool and start wrapping it around the ring. Once the entire ring is done, secure the open ends of the wool with glue and make a loop for hanging the dream catcher.

Making The Net Designs On The Ring

So, the next step involves a little more effort. Make markings on the ring using a pen or a pencil at different angles. One on the top, then on the bottom,on both sides, and then divide the points into half and make more points. Take the example of a wheel and then mark your points.  Now take wool of a different colour and start stringing it from one point to another until it starts resembling a mandala. Use glue to fix the woollen string at all the different points on the ring. And then head to the next step. 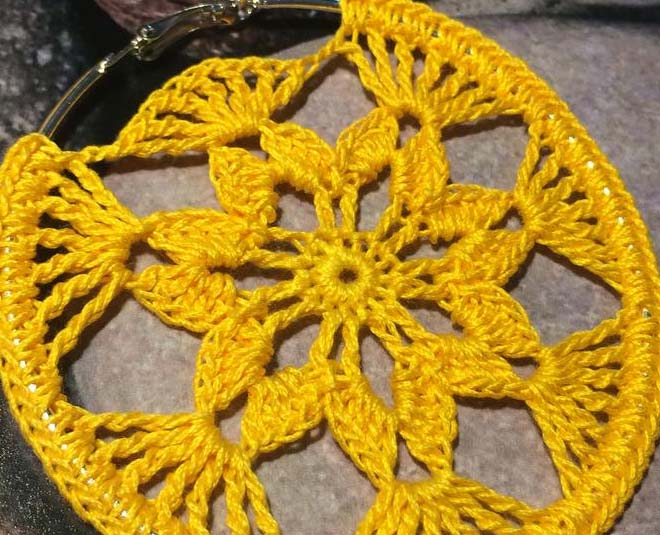 Final Decoration Of The Dream Catcher 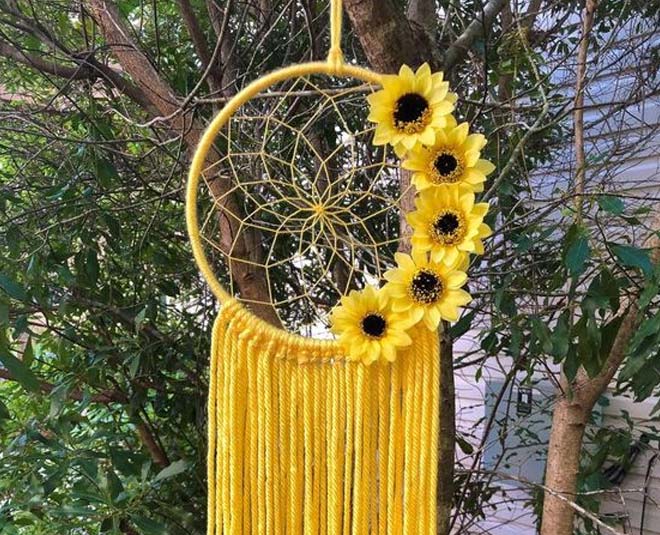 Next, you finally decorate your dream catcher. Cut small butterflies or flowers using a rubber sheet, and stick them around the frame of the dream catcher. You can also add some sparkle(Make sparkle soaps at home) by sticking colourful and sparkly beads over your dream catcher. And you're done! Hang it on your door and attract all the positivity right into your abode.

Don't miss: Fabric Jewellery DIY Projects That Every Girl Should Check Out

The Spiritual Significance Of Dream Catchers

Dream catchers are said to be protective talismans or good omens that protect people from negative vibrations, specifically nightmares or bad dreams(Therapy for improving sleep quality). The Dream catcher originates from Native American cultures and was introduced to protect children from bad dreams. It is believed the dream catcher acts like a spider web. Just the spider web traps the spider’s prey, similarly, a dream catcher also traps the nightmares. And it not only traps the bad dreams but also filters the thought process and allows positive thoughts to penetrate while the negative thoughts remain trapped.

Don't miss: Make The Best Use Of Waste By Making These DIYs

So, install a dream catcher at home right away and stay tuned to Her Zindagi for more such articles.