Not Bilva Leaves Or Milk, Devotees Offer Broom To Lord Shiva At This UP Temple, Here’s Why

This temple in Uttar Pradesh follows an unusual ritual of offering broomstick to Lord Shiva. Read on to find out why and everything about this temple. The world is full of weird places and believes. We found one such place in the state of Uttar Pradesh, wherein the devotees do not offer the usual Datura, Bel Fruits, Bilva Leaves, or milk to lord Shiva, instead, they follow and a weird ritual of presetting a broomstick to the lord of the universe. The temple is called Pataleshwar and it is situated in the Sambhal region in Uttar Pradesh.

Lord Shiva is a pan-Hindu god, who is not just worshipped in India but in some of the other parts of the world as well. According to legends, not only humans but even demons and other gods have attempted to seek his blessings in several different ways. While it is widely known that Lord Shiva is most pleased by offering flowers and poisonous fruits, people of Sambhal region present broomstick to treat any sort of skin ailment they have.

As per media reports, the locals believe that by taking an oath and presenting a broomstick, Lord Shiva will fulfil their wish and will offer a cure. Not just people of this particular region, but also those from faraway places visit the century-old Pataleshwar temple to offer a broomstick to Lord Shiva. The fact that people offer broomstick at a Hindu temple is already surprising, but what’s even more amusing is how the authorities have created a setup that has helped them to sell and offer limited broomsticks. 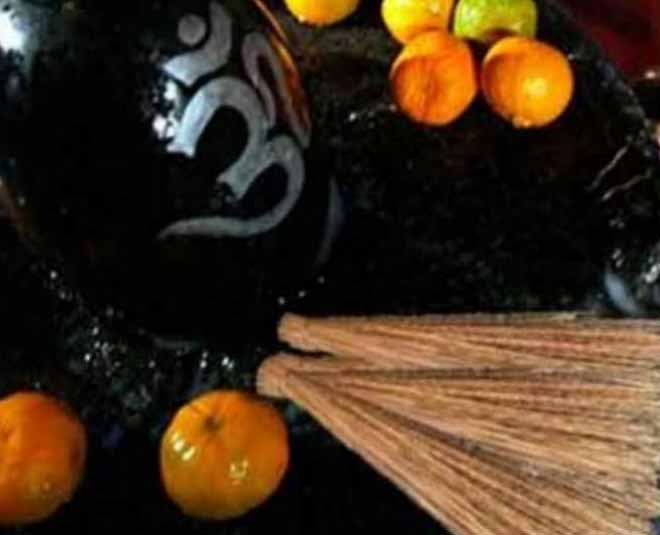 The broomsticks are offered every Monday, which is also considered an auspicious day for praying Lord Shiva. But, the authorities have maintained a circulation system. So once these broomsticks are offered on Monday, they are then sold to the shopkeepers sitting outside the complex by the temple authorities themselves. Now, these shopkeepers sell the same broomsticks to devotees , and then the same procedure is followed again. While this may sound a bit weird to others, we think it’s a good practice that promotes zero wastage.

Don't Miss: Check Out These Captivating Facts About Kedarnath You Probably Didn't Know 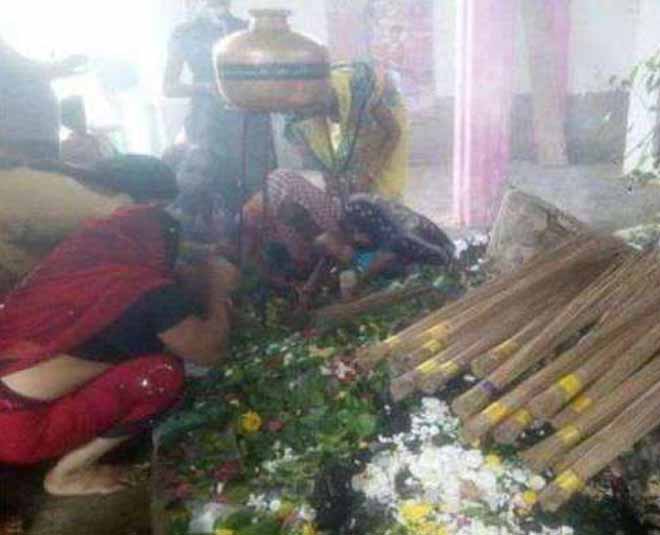 The family of a local resident, Babu Giri is in charge of the temple management. According to him and his family, hundreds of people come to the temple not only on Mondays but also on special occasions like Shivaratri and in the holy month of Sawan. People throng the Pataleshwar temple, which was built in the year, 1902 and worship Shivlinga by offering broomsticks, which they think will alleviate them of their conventionally incurable skin diseases.

If you think this is the only temple, wherein unusual practice is being followed, then you’re probably wrong. In India, there are many such temples. While some like Mahendipur Balaji Temple, Rajasthan has exorcism rites, others like Kodungallur Bhagavathy Temple, Kerala prays by abusing the goddess. And then there is also a temple in Varanasi called, Kal Bhairav Nath Temple, where devotees offer alcohol as prasad.

If you liked this article, do comment on our Facebook page. Stay tuned to HerZindagi to read more articles on religious places.