A doll inspired by Kangana Ranaut’s look in her film Manikarnika has been made. Read on to know what her team has to say about it.

Kangana Ranaut is known for walking that extra mile for her films. She, who made her Bollywood debut with Gangster in 2006, went on to do several critically acclaimed films. For her noteworthy work, she received three National Film Awards and four Filmfare Awards. One of the best films of her career is Manikarnika: The Queen of Jhansi. The flick garnered much appreciation for its stunning battlefield choreography, costumes, and much more. Besides all, Kangana’s character in the film, which is based on the life of the historical queen of Jhansi, Rani Lakshmi Bai made a separate fan base.

The fondness for her character is now reaching new heights. A doll inspired by her role in the film has been made. Clad in a red saree and traditional jewelleries, the doll seems an amazing immortalised replica of one of Kangana’s look from the movie. Taking to Twitter, the actor’s team shared a collage, wherein, they clubbed a snap of the 33-year-old star and the doll. Her team thinks that such toys are great to make the coming generation aware and inspired by the heroes of the country. Don't Miss: Aditi Rao Hydari Refused To Endorse A Fairness Brand In The Beginning Of Career, Here’s Why

“#Manikarnika Dolls are the new favourite for children. It's nice when kids will learn about our heroes growing up and get inspired by patriotism and bravery,” wrote the team alongside the image. The star’s fans also seem to be loving the doll and the idea that the younger generation should be made aware of the brave heroes of the country. “Of course these traits must be inculcated to the children as they are the future. They should know that what it takes to have the virtues of sacrifice, bravery, dedication & patriotism,” said one. “Thoughtful n enlightening initiative.... it can create curiosity among children to know abt our gr88 warriors... good going,” wrote another. 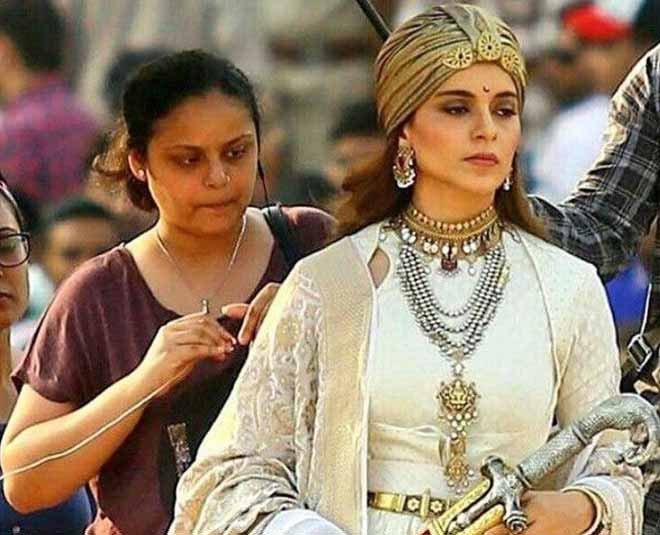 But, Kangana is not the first one on whom an immortalised figure has been made. Back in the year 2018, Taimur Ali Khan doll was made by toy makers in Kerela. As soon as the doll’s picture was released on different social media platforms, it became viral and took the internet by storm. The toy was decked in a white kurta, navy blue collar jacket, and blue pants. Reportedly, the look was inspired by one of Taimur’s outfits. While many, including Sara Ali Khan, was seen cuddling with the doll, Taimur’s mother Kareena Kapoor Khan, on the other side was not impressed with it. In an episode of Koffee With Karan Season 6 she said, “Just because the doll has blue eyes, scruffy hair, and a bandhgala, it does not make him Taimur."

She also talked about the Taimur doll during an interview with a leading newspaper and revealed what she and her husband, Saif Ali Khan thinks about the toy that has been modelled on her son. "Taimur can't run away from his popularity and neither can his parents. When I saw the doll, I wondered what I was supposed to say. But Saif pointed out that it's because people love him so much, such things are a blessing for him,” said Kareena.

There is so much of genuine warmth for our son that it's bad to stop people from clicking his pictures or making his dolls. But they should understand that he's just a two-year-old child and needs a normal life. Both Saif and I are struggling to give him that and will continue to do so without telling the paparazzi to back off, no matter how annoying it gets after a point. It's as tough on him as it is on Saif and me," she added.