Here Is A Glimpse To The Ancestral Kapoor Haveli In Peshawar Pakistan, Which May Collapse Soon

Check out these few pics of the dilapidated ancestral Kapoor Haveli in Peshawar Pakistan before we lose it due to demolition. 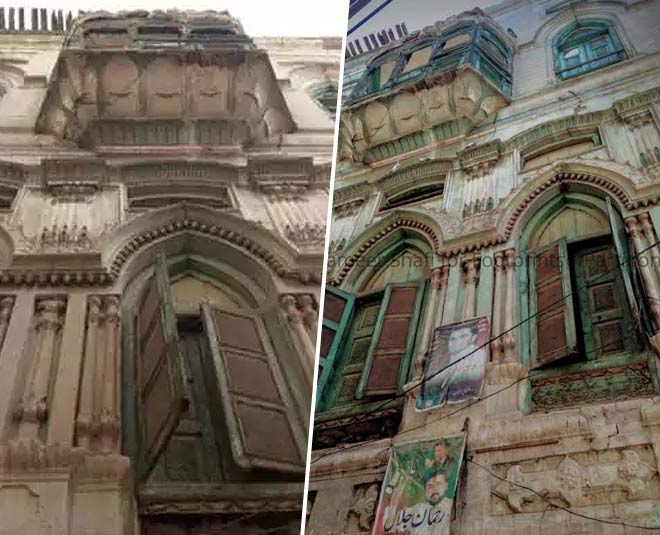 The ancestral home of the late Indian cinema legend Raj Kapoor, father of late actor Rishi Kapoor and Ranbir Kapoor's grandfather, is now in ruins, half demolished and about to collapse. This is a heartbreaking line I had to pen here as the house of the legends in Peshawar, Pakistan is on the verge of collapsing. Yes, you read that right.

The Kapoor house also known as Kapoor Haveli' may be demolished because the owner right now wants to build a commercial complex there. According to Economic Times, two years back, the Pakistan government had decided to convert the house in Qissa Khwani Bazar in Peshawar in Khyber Pakhtunkhwa province, into a museum, as per the request made by Rishi Kapoor that year, who died recently at a hospital in Mumbai. 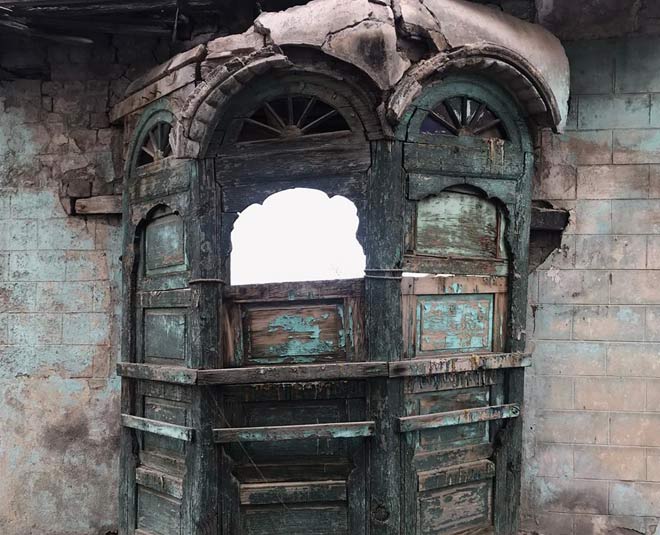 Foreign Minister Shah Mahmood Qureshi himself had assured Rishi Kapoor that their government will convert the house into a museum. 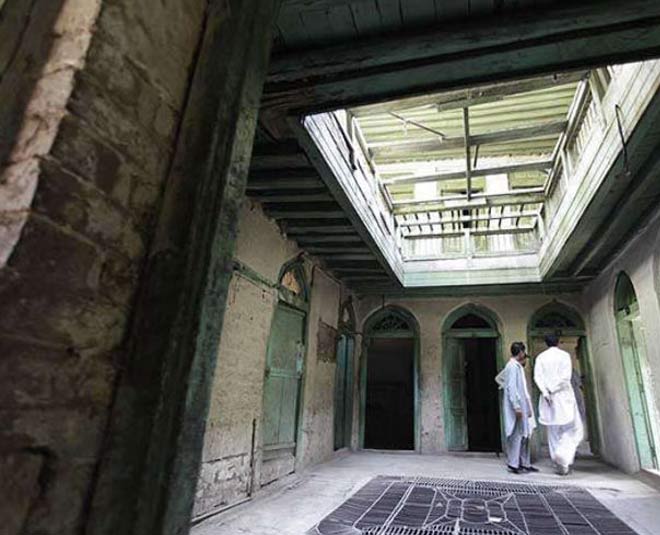 As per the residents of the area, since no one was taking care of the house, it had become a ghost building. The building is in such a bad condition that it can collapse any time according to the people living in the area. 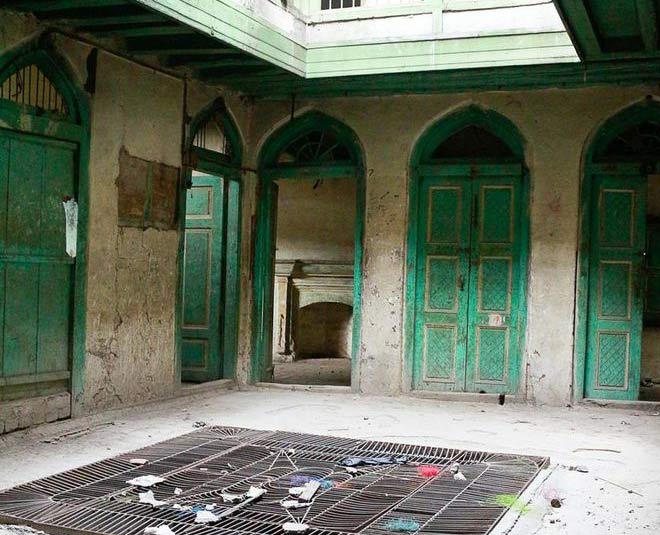 The condition of the house has been affected by torrential rains, earthquakes and wind storms. 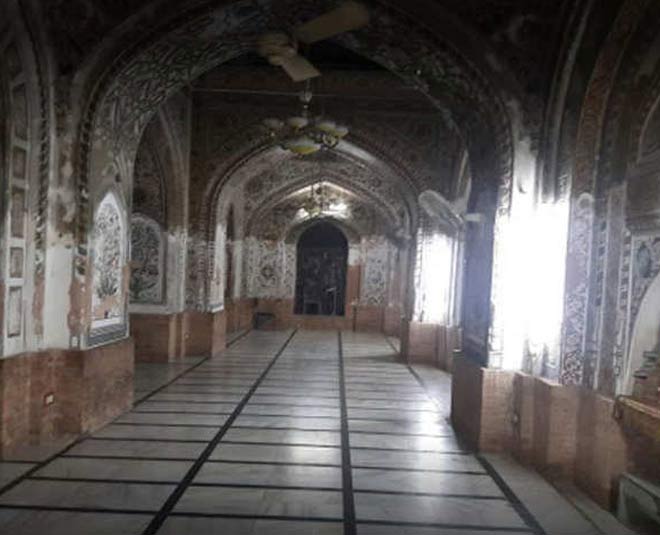 Owned by Haji Muhammad Israr, a wealthy jeweller there, according to Times Of Islamabad and Dawn news portals, the provincial government wanted to buy the haveli as they realise the historic importance of the house. The government wanted to conserve it in its original shape for the tourists.

The Economic Times reported that Israr has already made 3-4 attempts to break down the legendary home which has teal green coloured old world windows and doors. However, he could not do it as FIRs were registered against him by the Khyber Pakhtunkhwa heritage department.

It is apparently due to the price issue. As per reports, the provincial government failed to convert the building into a museum because the owner asked for more money.

Israr, however, has denied that he had any issue with the government over money as the house is estimated to be worth more than Rs 5 crore. 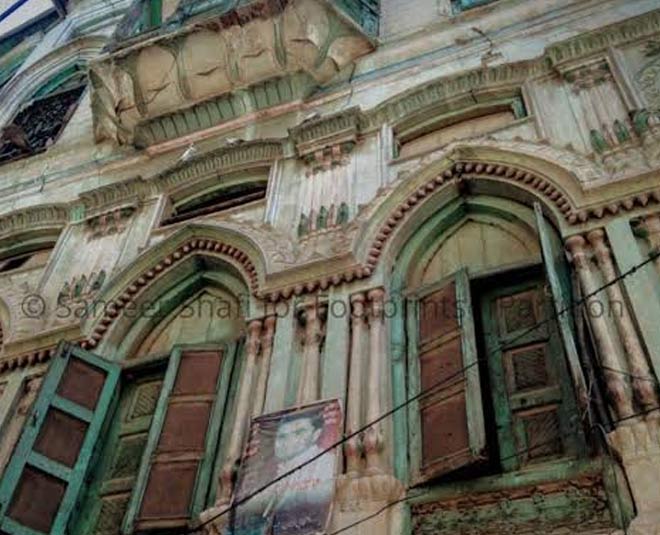 As quoted by ET, He said: "I have sufficient money to cater to my needs. I supply around 3 to 4 maund (120kg-160kg) gold a week to Peshawar's biggest jewellery market."

Local residents fear the untimely collapse if it is not conserved in time.

"It is a matter of concern that the 'Kapoor Haveli' which we consider as the pride of our city is in dilapidated condition and is fast heading to the disappearance because of being ignored," said Mujeeb-ur-Rehman, a resident of Dhaki Nalbandi where the palatial house is located.

Mujeeb said that he was a teenager when the late actor Rishi Kapoor and his brother Randhir Kapoor had visited in the early 90s. Built originally by  Basheswarnath Kapoor, the father of Prithviraj Kapoor, the 'Kapoor Haveli' is where the roots of the first family of Bollywood lies.

Don't Miss: Karisma Kapoor's House In Mumbai Is Artistic, Classy! Treat Your Eyes To These Inside Pics

The Kapoor family, is originally from Peshawar in Pakistan, but they migrated to India after the partition that took place in 1947.

It is not just the Kapoor but also late legendary actor Sunil Dutt, Dilip Kumar and Shahrukh Khan who have their homes in Pakistan. Shahrukh's family from his father's side still stays in Peshawar. If everything was peaceful between India and Pakistan, maybe things would have been way better and the stars themselves would have gotten to see their ancestral homes more often. All we can hope is that the Kapoor Haveli somehow gets the solution and is turned into a museum as promised to Rishi Kapoor.

Stay tuned to HerZindagi for more on celeb homes.