Farhan Akhtar And Shibani Dandekar Get Their Marriage Registered, Pose For Paparazzi

It is Farhan Akhtar and Shibani Dandekar's big day. The two tied the knot in an intimate ceremony at Javed Akhtar and Shabana Azmi's farmhouse in Khandala today. It was an intimate wedding ceremony with just close friends and family in attendance.

Farhan Akhtar And Shibani Dandekar Got Their Marriage Registered 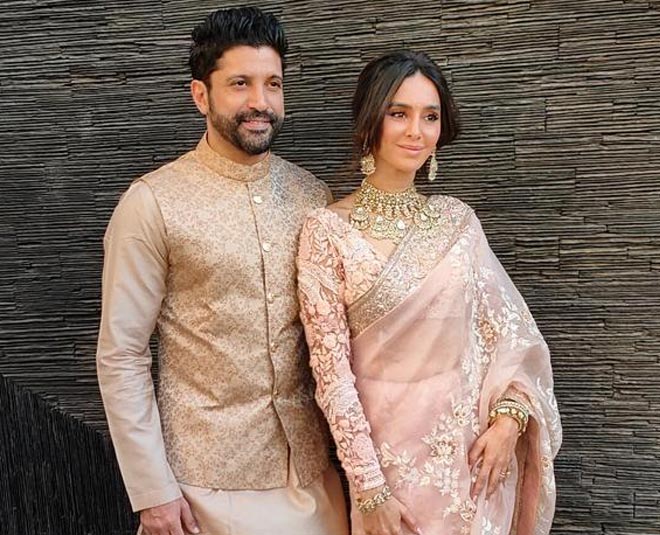 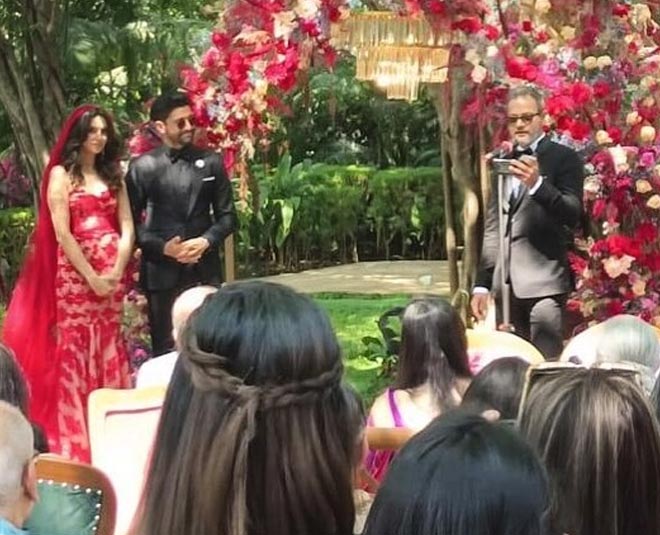 As per reports, Shibani Dandekar and Farhan Akhtar entered the wedding venue with the song 'Sooraj Ki Baahon Me' from the movie Zindagi Na Milegi Dobara playing in the background.

Ahead of the wedding today, Shibani Dandekar took to her Instagram handle and shared a glimpse of her wedding shoes. She posted a boomerang of her red pumps from the brand Aquazzura. The heels which featured crystal embellishments reportedly cost INR 82,000. She captioned her post, “Let’s do this.”

Shibani Dandekar and Farhan Akhtar also had their pre-wedding festivities ahead of the D-day but they were all intimate. However, some dance videos from their sangeet and mehendi ceremony have been going viral on social media.

In the dance video from the sangeet and mehendi night, Shibani Dandekar's sister Anusha Dandekar and close friend Rhea Chakraborty can be seen dancing to 'Mehendi Laga Ke Rakhna' along with other friends. Have a look -

Many don't know that a reality show played cupid for the couple. Shibani Dandekar and Farhan Akhtar first met on the sets of a reality show, I Can Do That. Farhan Akhtar was the host of the show and Shibani was a contestant. They clicked instantly and soon rumours of the two dating each other started to do rounds.

Farhan Akhtar and Shibani Dandekar made their relationship public in the year 2018. As a couple, the two made their first public appearance at Deepika Padukone and Ranveer Singh's wedding reception in Mumbai.

From sharing pictures from their exotic vacations to just random clicks from their everyday routine, they never shy away from social media PDA and we love it!

Shibani Dandekar and Farhan Akhtar got their marriage registeres today, on 21st February. Farhan Akhtar was earlier married to Adhuna Bhabani. The two, however, parted ways in the year 2017. The couple has two daughters - Akira and Shakya.