To make their daughter's homecoming special, family arranged a chopper ride for the newborn.

In a country where thousands of girls are killed every day because of cultural beliefs, social norms, dowry, and poverty among other causes, there are still some people who welcome a baby girl with all their heart. Recently, a family spent about a lakh to welcome their daughter in Pune.

A family in Khed Tehsil of Maharashtra's Pune district was so happy with the birth of a girl child that they wanted to arrange a special homecoming for her. For the same, they arranged a chopper ride with the little one.

The baby girl, Rajlaxmi was born on 22nd January at her mother's place, Bhosari. To get the baby back home to Shelgaon in Khed, the family arranged a helicopter. To make the homecoming special, flower petals were laid to welcome the baby girl. The mother and baby girl were greeted with a rose petal shower.

We didn't have a girlchild in our entire family. So, to make our daughter's homecoming special, we arranged a chopper ride worth Rs 1 lakh:Vishal Zarekar,father

As the couple arrived with the baby, villagers got together to see the helicopter landing and the grand welcome by the family for the newborn. 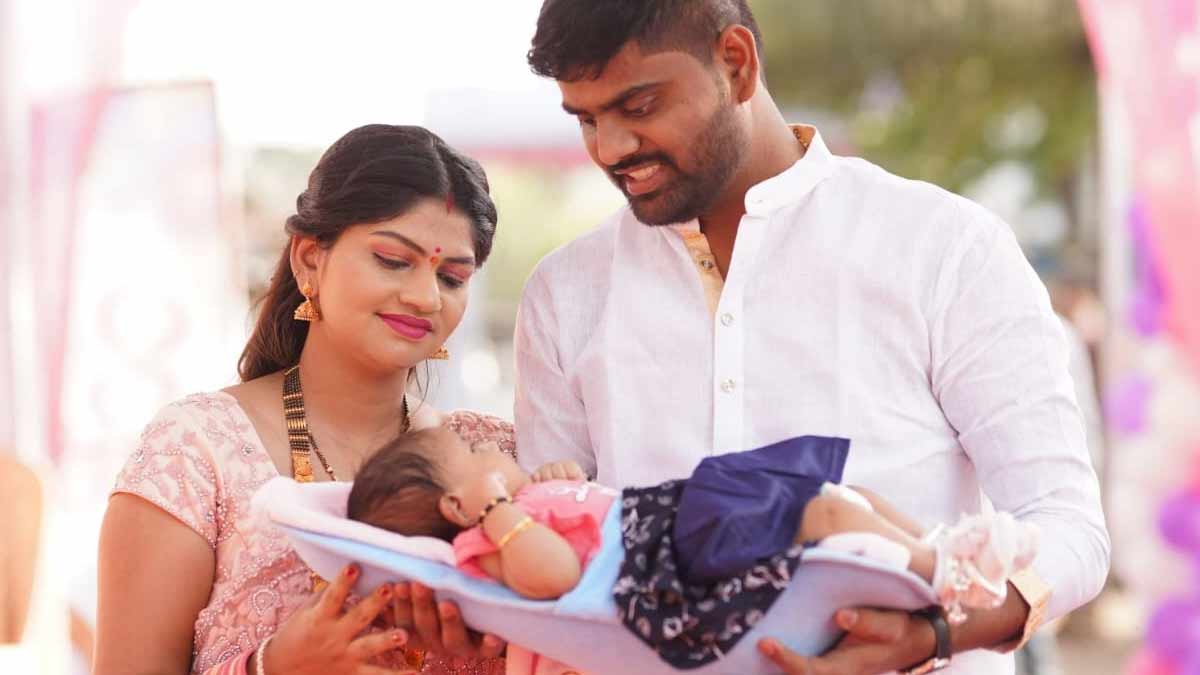 Vishal Zarekar, father of the baby girl said, "We didn't have a girlchild in our entire family. So, to make our daughter's homecoming special, we arranged a chopper ride worth Rs 1 lakh."

"A girl child has been born in our household after a long time and the joy is immense. So, my wife and I brought Rajlaxmi home in a helicopter on April 2. We went to Jejuri to seek blessings, but as we had no permission to land, we prayed from the sky," he added.

When A Family In Rajasthan Hosted A Similar Homecoming

Earlier last year, a man in Rajasthan's Nagaur district had hired a helicopter to bring home his newborn daughter. After Hanuman Prajapat's wife Chuki Devi gave birth to their daughter in Nagaur district, she went to her parents house in Harsolav village for post-delivery care and when it was time to bring them back from the maternal house, Hanuman Prajapat wanted it to be a grand homecoming. He spent about INR 4.5 Lakh to hire a chopper and make the welcome a grand affair for the entire family.

In an interview, Hanuman Prajapat shared that he wanted the arrival of his daughter to be very special and he thought that bringing her home in a chopper would be a good idea. He shared that this idea was given to him by his father Madanlal Kumhar who wanted to celebrate the birth of his granddaughter on a large scale. 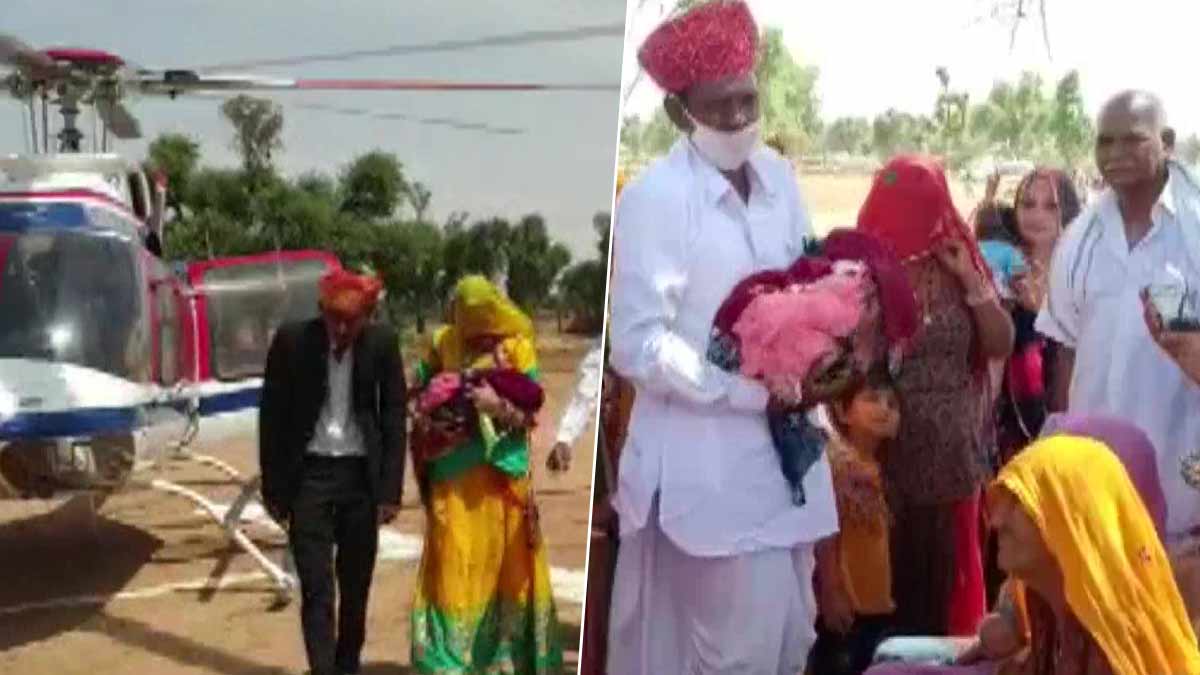 Madanlal Prajapat in an interview said, "After 35 years we have been gifted with a daughter in the family so we made this arrangement. I'll fulfill all her dreams."

The helicopter took off from Nimbdi Chandawata with Hanuman and his relatives on board. On reaching Harsolav, he boarded again with and daughter and some relatives and brought the newborn home. For this welcome, the family took permission from the district collector to build helipads in both the maternal and paternal villages.

In an interview with ANI, Hanuman Prajapat said, "It is usually seen that people do not celebrate the birth of a girl. There should be no discrimination between a girl and a boy. I will make my daughter study and fulfill all her dreams." 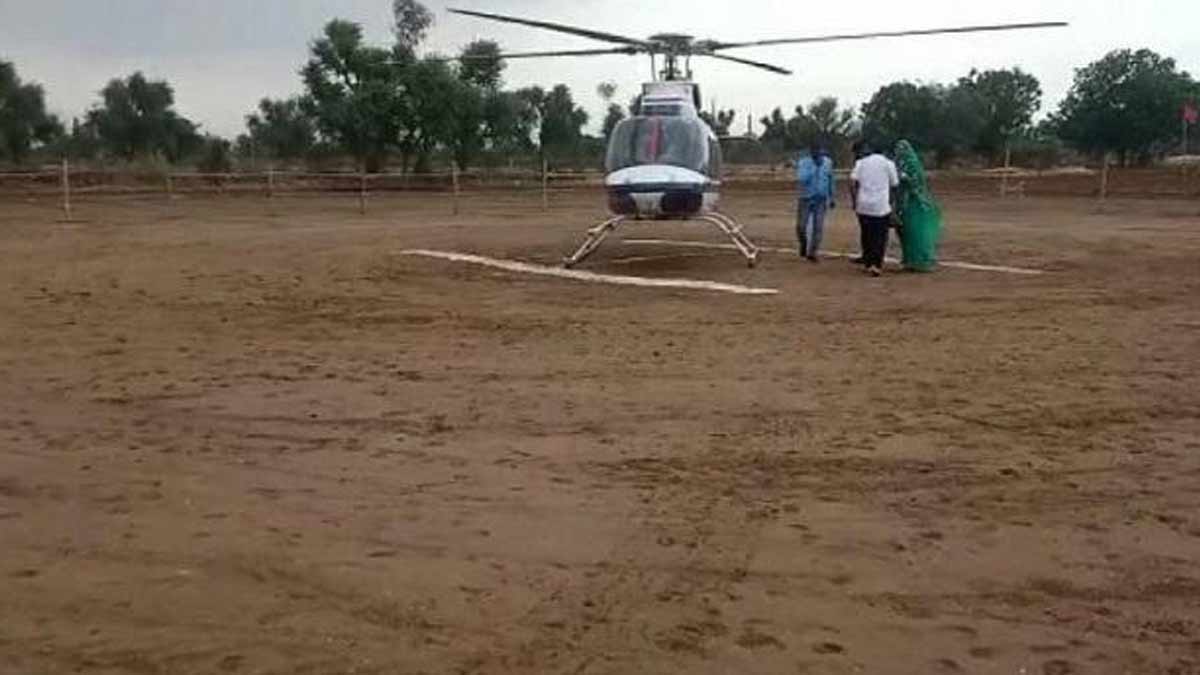 By bringing their newborn baby girl home in a helicopter, the family wanted to send out a message that the daughter's birth should be celebrated like a festival.

It is unusual to hear such stories in a country like India where female infanticide has been a historic issue. However, these stories also give us hope that the world is changing for the better. (A Pleasing Survey: India Now Has More Women Population Than Men)

What are your thoughts? Share with us on our Facebook page. For more such stories, stay tuned!