From Professional Work To Personal Life, All You Need To Know About Divya Agarwal

Divya Agarwal is one of the most talked about contestants on the digital version of Bigg Boss.

Bigg Boss OTT began a few weeks ago and we have already started to witness a lot of drama and entertainment. It looks like no celebrity contestant is in the mood to take this opportunity for granted this time and leaving no stone unturned to showcase their game.

Though all the contestants from this digital edition of the controversial reality show have managed to make headlines by now, it is Divya Agarwal who is being talked the most on the show.

Ever since the show began, Divya Agarwal's name has been coming up for some reason or the other. In just a few weeks, the actress has got into a couple of fights with her co-contestants.

If you have been following the show, we are sure you would want to know a lot about Divya Agarwal. Read on to know about her early career and personal life.

After completing her post-graduation in journalism, Divya Agarwal started to learn dance at the Terence Lewis Dance Academy. She later opened her own dance academy by the name Elevate Dance Institute. She then went on to choreograph a lot of Bollywood celebrities like Sunny Leone, Ileana D'Cruz among others. 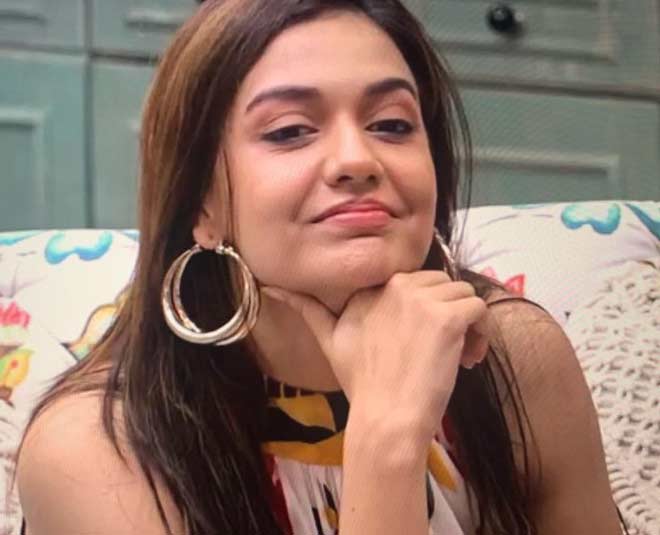 In the year 2018, she was a mentor on a show called Date To Remember. In the same year, she co-hosted the show On Road With Roadies along with Baseer Ali.

Divya Agarwal next participated in the reality show Ace of Space 1 and emerged as the winner. She also participated in Roadies: Real Heroes as Roadies Insiders along with Varun Sood.

Stepping Into The World Of Acting

Divya Agarwal made her acting debut in the year 2019 with a cameo performance in Alt Balaji's Puncch Beat. She next appeared in the horror web series, Ragini MMS: Returns opposite Varun Sood. Divya Agarwal was dating her co-contestant from the show Splitsvilla, Priyank Sharma. However, the two broke up soon after. Their breakup was much talked about as it got ugly.

Priyank Sharma participated in Bigg Boss 11 soon after Splitsvilla and got close to co-contestant Benafsha Soonwallah. Priyank's closeness with Benafsha inside the Bigg Boss house didn't go down well with Divya Agarwal and she appeared on the reality show during one of the tasks. She told Priyank that he had not only done wrong with her but many other girls and broke up with him on national television.

The two later had a war of words on Instagram and things just got worse. Varun Sood and Divya Agarwal participated in MTV reality show, Ace Of Space where they fell in love. They are now in a live-in relationship. The two recently talked to a news portal about their marriage plans. Varun Sood said, “We have so much to work now. We both are together, we both are very happy and we’ll take that next step when we have to take the next step. We don’t want to do it under the pressure of all the fans telling us, ‘Why aren’t you getting married? Itna time ho gaya."

Divya Agarwal shared that the two have certain goals to complete before they get into marriage as it is a big responsibility.

Tell us your thoughts on Divya Agarwal's game inside the Bigg Boss house on our Facebook page. For more updates on Bigg Boss OTT, stay tuned!