Have you seen all these top women centric, career redefining films of Bollywood actresses in the past decade? 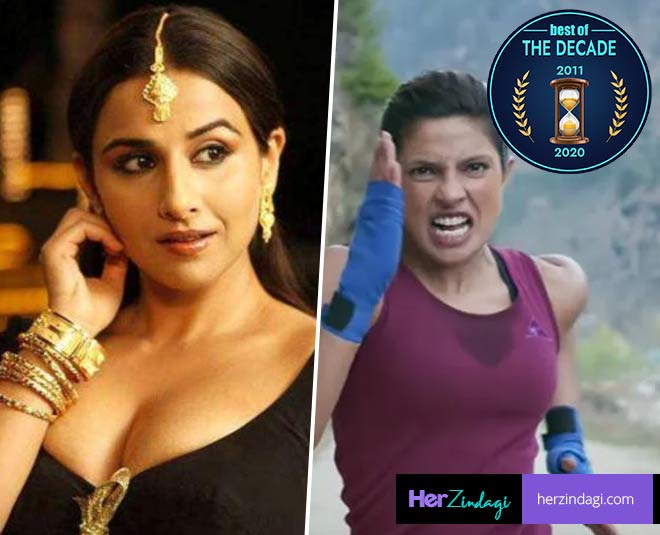 The decade is coming to an end soon and so much has happened in the world of cinema. From being a male-dominated industry to sharing space with female protagonists carrying off an entire movie on her shoulders, a lot has changed. The past ten years have had some truly strong women-centric films with many being a total game-changer. Some films in fact redefined careers of Indian heroines who were earlier just seen and portrayed as purely a sex symbol, "naazuk", "chuimuis" who needed a knight in shining armour to save them from the big bad wolf in different ways if not directly.

Some of these films even marked a great comeback for our leading ladies who shed the skin they had gotten comfortable in and brought a thought-provoking body of work to the table. The past 10 years saw a bevy of films that centered around women which were indeed strong and talked about a lot, gaining accolades but this list comprises cinema projects that raked in the moolah, showing it is no longer a men-only industry when it comes to the Box Office.

This movie was a hit and a table turner for not just Vidya Balan or for being one of the highest-grossing woman-led film, but it also proved the fact that it is not necessary that an actress has to be oh so petite and have a perfect figure to run a film. It grabbed the audience's attention as no other film had in the decade as Vidya's performance was brilliant to the "T". The film was loosely based on the life of the late Silk Smitha, an actress who was well known for essaying erotic roles. However, the filmmakers were crystal clear in saying that was neither an official nor a literal essay of Smitha's life.

Directed by Milan Luthria and co-produced by Shobha Kapoor and Ekta Kapoor, the film which had "diggaj" actor Naseeruddin Shah look like a supporting actor, took home 3 National Film Awards. On a roll for sure, Vidya threw another googly and amazed the cinema lovers with this project which was indeed a well-woven piece of work including the cinematography, the direction, the strong script and Vidya's co-actors as well. No glamour involved what so ever, the film was co-written, co-produced and directed by Sujoy Ghosh.

Vidya Balan played Vidya Bagchi, who is a pregnant woman searching for her missing husband in Kolkata during the festival of Durga Puja, with the help of Satyoki "Rana" Sinha essayed by Bengal's finest actors Parambrata Chatterjee and Khan, played by Nawazuddin Siddiqui. 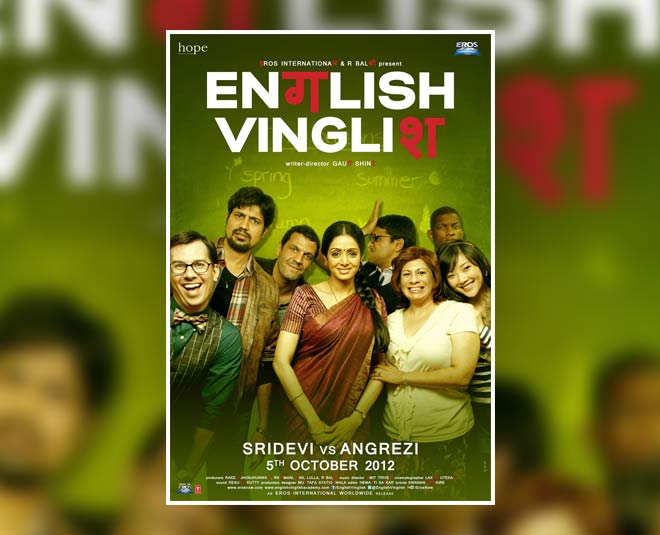 A come back for the late star Sridevi, the film was written and directed by Gauri Shinde. The subject of the film was very different yet resonating with many women out there which revolved around a small entrepreneur who makes snacks, who could hardly speak in English while she lived in an English-speaking country with her family. Sridevi essayed the roll of Shashi who enrolls in an English-speaking course to stop her husband and daughter from mocking her English speaking skills and how she gains self-respect in the process.

Her role was inspired by Shinde's mother. This film which marked Sridevi's return after a 15 year-long hiatus, also premiered at the 2012 Toronto International Film Festival, where it received a five-minute standing ovation.

The film was a major financial success as well and was shortlisted as India's official entry for the Academy Awards in the Best Foreign Language Film category. The actress was even hailed as the "Meryl Streep of India" and the "female Rajinikanth in India". She did well in "Fashion" but her work in the film "Queen" was a game-changer in every aspect of Indian cinema and for Kangana Ranaut's career. The film was and is still loved, as everything was pitch-perfect! The plot of the film spoke to many women who are ditched and are taken for granted or considered weak.

It showed and encouraged us all to pick up the scattered pieces of our lives, put ourselves together, take charge and quit waiting like a "damsel in distress" as women have more courage in them than they think they do.

Directed by Vikas Bahl, Kangana essays Rani Mehra, a Punjabi girl from New Delhi who embarks on her honeymoon to Paris and Amsterdam by herself after her fiancé calls off their wedding for a very selfish and petty reason. The film garnered accolades and also bagged 2 National Awards. The project was also cited as an influential feminist film by a number of scholars including international magazines like that of Oprah Winfrey's magazine O. 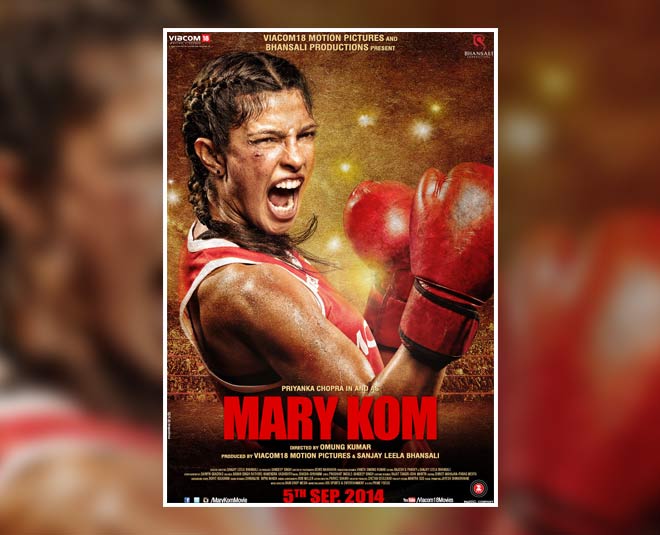 This one was directed by Omung Kumar, which had Priyanka Chopra essay Mary Kom's journey of becoming a boxer to her victory at the 2008 World Boxing Championships in Ningbo. The global actress, and the pride of India, Priyanka Chopra, who now has put India on the world map outside India, went through extensive training to attain a muscular physique. She learnt boxing especially and Kom's distinct boxing style.

The film became a first-ever Hindi film to premier at the 2014 Toronto International Film Festival, which was screened on the opening night of the festival.

"Mary Kom" recorded the highest opening weekend of all time for a female-led Indian film and also ranked among the highest-grossing Indian films led by a female actor. It also won the National Film Award for Best Popular Film Providing Wholesome Entertainment.

This project was a complete game-changer, head turner, showstopper, table turner for Alia Bhatt who was taken not so seriously till the movie released, as such. This Imtiaz Ali directorial is based on the episode by the same name from the Zee TV anthology series Rishtey, which starred Kartika Rane and Aditya Srivastava.

It was also written and directed by Imtiaz Ali. The film narrated the story of a girl (Alia) who discovers freedom after being kidnapped, with reasons later revealed. The film left the audience awestruck and the petite actress was no longer considered just a pretty, baby face! It also got her the Filmfare Critics Award for Best Actress which rose her to immediate fame.

This one was an unexpected hit which was directed by Ashwiny Iyer Tiwari in her feature debut. Actress Swara Bhaskar starred as Chanda Sahay, who is a high-school drop-out household maid and single mother of a sullen young girl named Apeksha.

Exploring a very different but much-needed topic, the plot in a line was on a person's right to dream and change their lives, irrespective of social status. The realism, narrative, production, performances were praised and loved by the audiences and critics alike.

This Shoojit Sircar directorial was a project none of us expected and after "Cocktail", this film proved that Deepika Padukone could carry off any role and cannot be stereotyped. Indeed the supporting cast was brilliant in its own aspect but Deepika's work was noteworthy. It was a commercial success worldwide.

Piku won almost every award for Deepika Padukone, hailing her as the new numero uno, including Filmfare Award for Best Actress. It also got Juhi Chaturvedi National Film Award for Best Screenplay. This one created a huge stir and even faced major issues when it was about to release. At first, it was banned as it was "lady-oriented" with bold female characters that expressed their right to freedom in different ways. The project explores the secret lives of four women who are looking for their respective freedom. They face all obstacles and odds thrown at them but manage to find their way to claim their desires through small acts of courage.

It may not have been game changers for the actresses per se but they did what many women would not dare to portray in the cinema world even today.

With a cast including actresses like Ratna Pathak, Konkona Sen Sharma, Plabita Borthakur and Aahana Kumra in leading roles, this was a black comedy written and directed by Alankrita Shrivastava. The film premiered at the Tokyo and Mumbai Film Festivals, where it even won the Oxfam Award and Spirit of Asia Prize for Best Film on Gender Equality. 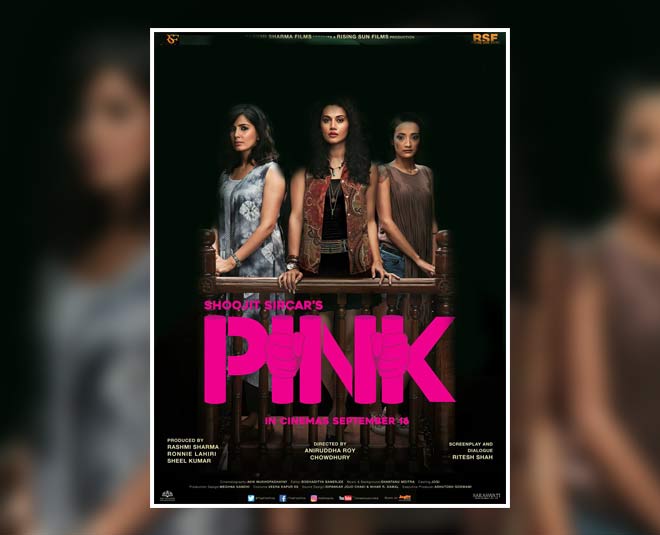 Taapsee Pannu, Kirti Kulhari, Andrea Tariang were the shining stars and Amitabh Bachchan was like the moon who could not have made this film a hit alone. The performances of the three women were praised and critically acclaimed as their work did not let Bachchan's perfect acting overshadow theirs.

Sadly there were verbal cuts made and was given a U/A certificate but it went on to do what any film had not been able to do yet. The Aniruddha Roy Chowdhury directorial was specially screened for the Rajasthan Police so as to train them to be sensitive and sensible about women's rights and dignity.

"Pink" which bagged the National Film Award for Best Film on Other Social Issues, was also specially screened at Rashtrapati Bhavan and was also invited for a screening at the United Nations headquarters in New York City. 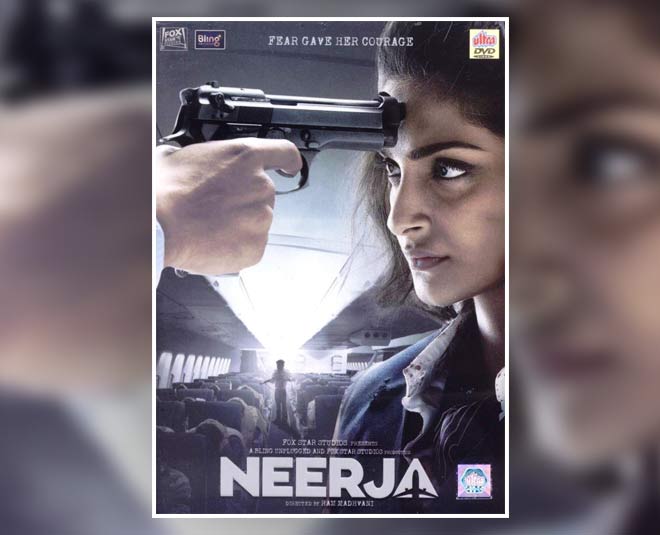 A major high for Sonam Kapoor who many did not expect to do a brilliant job like this one. The film is based on a real-life event when a Libyan-backed Abu Nidal Organization hijacked Pan Am Flight 73 in Karachi, Pakistan, on 5 September 1986.

It focussed on how a flight's head purser, late Neerja Bhanot (played by Sonam) thwarted the hijack attempt by alerting the pilots, thus grounding the plane. Bhanot died trying to help save 359 of the 379 passengers and the crew on board. The project turned out to be one of the highest-grossing Bollywood films featuring a female protagonist.

It bagged the 64th National Film Awards including Best Feature Film in Hindi and Sonam was given a special mention.

Although, after "Highway", there was no turning back for Alia, this project gave a further boost to Alia's career and she became that actress who can indeed be counted on for a success of a film "apne dum par". This Meghna Gulzar directorial is an adaptation of Harinder Sikka's 2008 novel Calling Sehmat, which notes a true account of an Indian Research and Analysis Wing (RAW) agent who upon her father's request, marries into a family Pakistani military officials so that she can relay information to India.

It was before the Indo-Pakistani War of 1971. It was a critical success and one of the highest-grossing Indian films that featured a female protagonist.

Hoping that the buck does not stop here and Indian cinema keeps rolling out films with women shining all the way just like our male actors have been.

Stay tuned to HerZindagi and cheers to the decade that was.