Captaincy task on the heads of the inmates and see what the inmates have in their baskets!

Shamita Shetty and Tejasswi Prakash break into a fight as Shamita, in the previous episode are seen calling out the captaincy on the behalf of Tejasswi and she is no longer a part of the captaincy race. The fight lasted a while and Tejasswi, as well as Shamita, had a set of views as well as comments against each other to communicate to one another.

Later, while Miesha Iyer and Nishant Bhat are seen making an alliance, Karan Kundrra and Tejasswi Prakash are deciding on how to play the game further and as to how to eliminate Shamita Shetty from the captaincy race.

Simba Inside The Room

Simba Nagpal enters the room and records a statement against Ieshaan Sehgal and pulls him out of the captaincy task.

Umar Inside The Room

Umar Riaz, post-Simba Nagpal is spotted going inside the room and recording a statement against Pratik Sehajpal and erasing him from the captaincy task race! 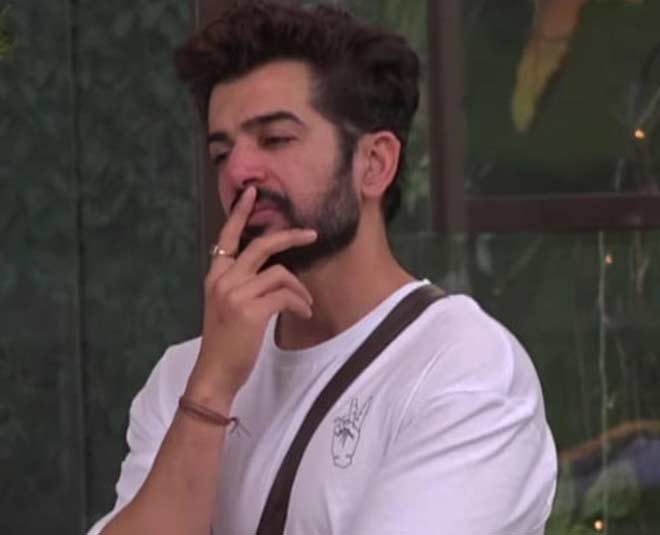 With the house being divided into two teams for the captaincy task amongst themselves, the inmates are spotted planning and plotting their next moves just as the buzzer rings and we see the inmates still hanging by a cliff.

After several warnings by Bigg Boss, Afsana Khan calls out on Rajiv Adatia in the recording room.

An Ultimatum By BB

With the inmates seen being reluctant to go inside the recording room, Bigg Boss announces Jay Bhanushali and Afsana Khan will be eliminated from the task if nobody enters the room within minutes after which Jay is seen trying to talk to Miesha Iyer and Tejasswi Prakash regarding the similar situation.

Jay Inside The Room

Jay Bhanushali is spotted entering the recording room and calling out Shamita Shetty from the task while taking away a luxury hamper like the rest!

With nobody entering the recording room for the 5th buzzer, Bigg Boss had previously given an ultimatum to which he had ruled a judgment. Jay Bhanushali and Afsana Khan were then eliminated from the captaincy race and Miesha Iyer, as well as Ieshaan Sehgal, lost their chances of going into the recording room. 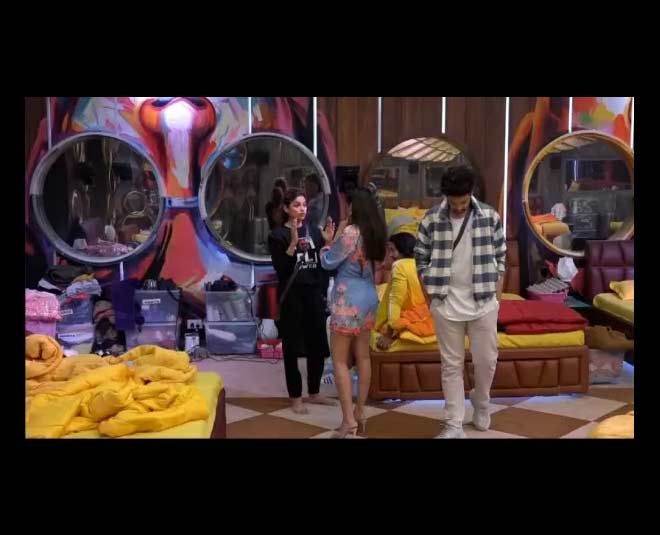 Rajiv Adatia enters the recording room with a rage of anger and exits without recording to which Bigg Boss objects. Rajiv Adatia is now made to record his statement as he had already stepped in and Vishal Kotian loses his cool.

Vishal Kotian is later spotted crying where Shamita Shetty is seen consoling him. Vishal loudly says how he is going to nominate Rajiv Adatia every coming week for his actions today!

Miesha Iyer and Umar Riaz are the two contenders for the captaincy task this week after an end is put to the task by Bigg Boss!

Tejasswi And Her Explanation 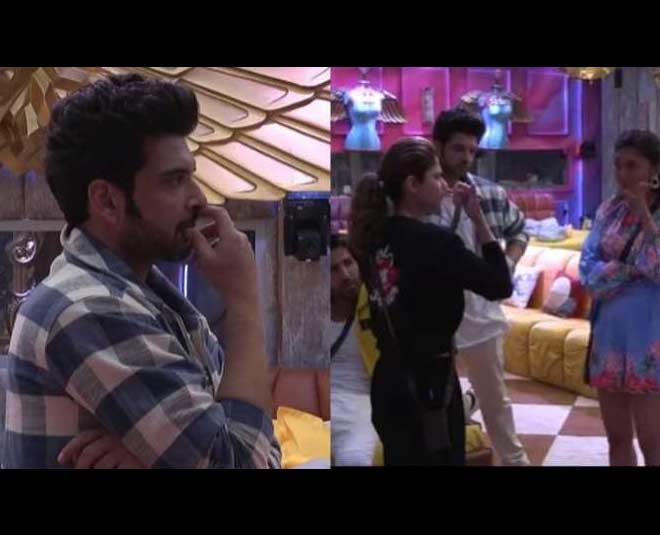 Tejasswi Prakash and Miesha Iyer are spotted later in the night having a discussion post the task about the situation and why Tejasswi chose Miesha to be a contender!

After the lights at night are shut, Afsana Khan and Miesha are seen starting a pillow fight with Rajiv Adatia and also distributing eggs!

With anger towards Nishant Bhat, Afsana Khan throws away her eggs, and Nishant Bhat and Afsana Khan get into an argument at night about her leaving the dirt away just like that! Pratik Sehajpal, to take his friend’s side, is also seen being a part of the argument with Afsana Khan.

Who according to you will be the next captain of the house? Let us know on our Instagram page, and stay tuned to HerZindagi for more!