BB 14: Gauahar Khan's Controversial Life, Ever Changing Relationship Status: All You Need To Know About Her

From all the controversies to her relationships, here is everything you need to know about Bigg Boss 14 senior Gauahar Khan. From modelling to featuring in music videos, working in reality Tv Shows and movies, actress Gauahar Khan always had something or other happening in her life. Among the seniors in Bigg Boss 14 house, Gauahar has had a controversial journey till now with a number of relationships every now and then rumoured or confirmed. Here is a low down on Gauahar, tracing every aspect you know about her while you binge-watch the controversial reality show hosted by Salman Khan.

Gauahar has been involved in quite a few controversies which included being slapped by someone, a photoshoot that did not go down well with her family to a catfight with an A-list actress' sister.

We all know that Bigg Boss house is nothing but weeks of different controversies which brings out the best or the worst of people. In Bigg Boss 7 when Gauahar was a participant along with Kajol's sister Tanishka Mukerji, the term "poles apart" could be applied literally when it came to their personalities. The two women could not see each other eye to eye which resulted in crazy catfights. The whole house had taken respective sides and resulted in some very controversial episodes.

This controversy came as an embarrassing moment as Gauahar was slapped by a random man sitting in the audience of a reality TV show. The actress was the host of the singing reality show called India’s Raw Star. It was amid a performance, while she was sitting near the stage, that a man walked up to her and hit her hard, right across the face. His reason was that "Gauahar Khan doesn't value Muslim traditions and wear short clothes". This was bound to stir controversy and debates countrywide.

For those who don't know Gauahar and her sister featured on a show where their real-life was covered. Every movement she and actress Nigar Khan made were shown on "The Khan Sisters". In one of the episodes, Nigar saw a photoshoot of Gauahar in which she was clad only in a bikini. This did not go down well with the elder sibling who then asked Gauahar to leave the house. Nigar was rather upset and worried that their parents would not have a very good reaction.

This was a totally unexpected one. Gauahar Khan had shared a picture of her's on her social media account where she had apparently featured on the cover of a particular magazine. But this was far from the truth. The actress was sued by the publication as it was a picture of her taken during an interview but she had shown herself on the cover of the magazine when she was not.

Gauahar has been linked up with many men throughout her career but there are a few that gained a lot of attention from media and fans alike.

One of the infamous rumours was that Director Sajid Khan who was highlighted during #MeToo campaign for his sexual misbehaviour with women, was once Gauahar's fiance. It was a shocking rumour which we still do not know is true or not. Their engagement as per the grapevine took place in 2003 but it did not last very long. 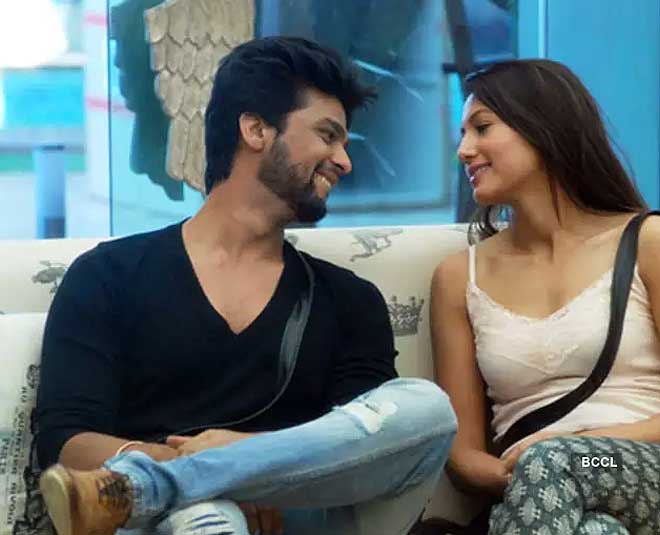 Amid her stint in Bigg Boss 7, the actress and actor Kushal Tandon who was a heartthrob of many at the time, had become very close. They would often have cute banters which kept the audience glued to the idiot box. The rumour is that the two had become serious about each other and they had even kissed on the show. However, once the two were out of the house, hell broke loose as they broke up and had ugly fights on social media.

Speaking on her relationship, Gauahar told Bombay Times: “I have always been dignified and have known where to draw the line. It was an amazing one-and-a-half-year of relationship with him and there is no bitterness from my side. First of all, I never mentioned his name, the media made those assumptions. If you are quoting me in connection with someone else, it’s your onus and not mine. There are two golden words called ‘no comments’ and I use them very well. So, no comments. I wish everyone, who has been a part of my journey, well.”

So I haven't shared this yet on my Instagram... My treasured piece , n humble effort at learning something new with the super talented Choreographer/artist @melvinlouis 🌟 ... Thank God he agreed to teach me... 🙆 Tag someone ud like to dance with... If u haven't watched the full video yet, go to #melvinlouis YouTube channel ... #danceISlove ✨ #aatejaate

Next in 2018, the rumours of her dating choreographer Meliv Louis surfaced. But not much time had passed when reports came of their alleged break up. A source close to the actress told SpotboyE that: "It was not a serious relationship, though. The fact that it ended is not surprising. Both are doing fine in their respective lives and have moved on." 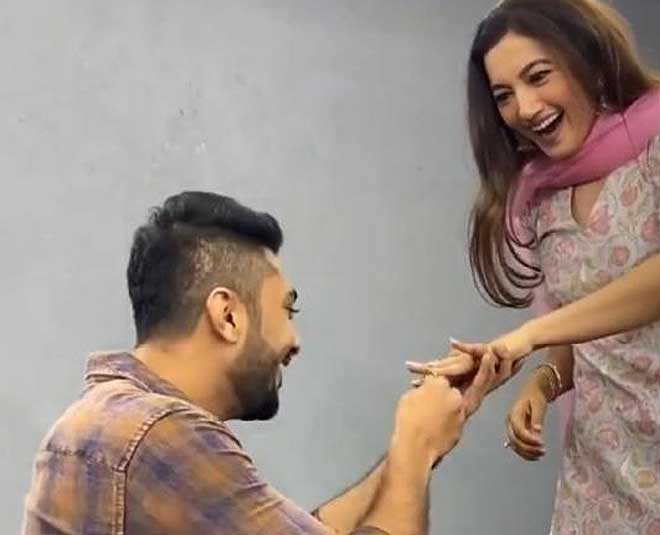 This relationship is still a mystery to us. While their pictures and videos ooze a lot of love for each other making us believe that they are in a relationship, in his latest interview Choreographer Zaid who is also the son of music composer Ismail Darbar, spoke otherwise.

He told one of the top media houses: “We are just family friends", and added that his entire family is very fond of Gauahar and his younger sister even wants to be like her.

In a few episodes back, TV actor contestant Eijaz Khan had confessed that he has a crush on the actress. 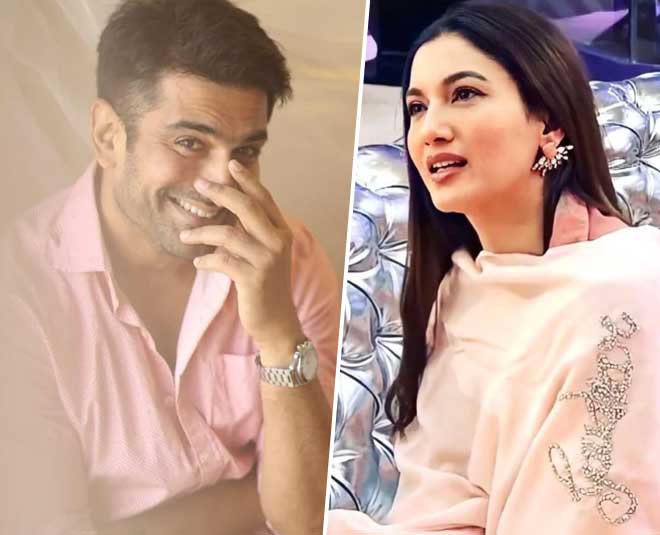 Reacting to the statement, Zaid told Times of India in an interview: “I did not feel possessive at all. In fact, I wanted him to realise a few more qualities of Gauahar because I know she is too good. I think the more she will stay inside the house, the more they will realise her qualities. There are two ways of looking at it, if I think in a negative way that can make me possessive but if I am feeling positive, I will definitely feel nice about it. Unki khoobiyaan humse achcha bhala kaun jaanega (who knows her better than me).”

He also said that "They (BB fans) tag me in every video or picture and Rahul also where he asked her to meet him outside and she said ‘I am taken’. I’ve heard most probably she is getting married this year. I’ve heard that too (laughs) again.”

We wonder how her time in this season of Bigg Boss is going to be as the expectations have been set really high by the prior season.

Stay tuned to HerZindagi for more updates on Bigg Boss 14.