Siddharth Vs Asim: Are They Fighting For Real Or Faking It? Here Is The Truth

Here is the reality behind Siddharth and Asim's ugly fight inside Bigg Boss house. 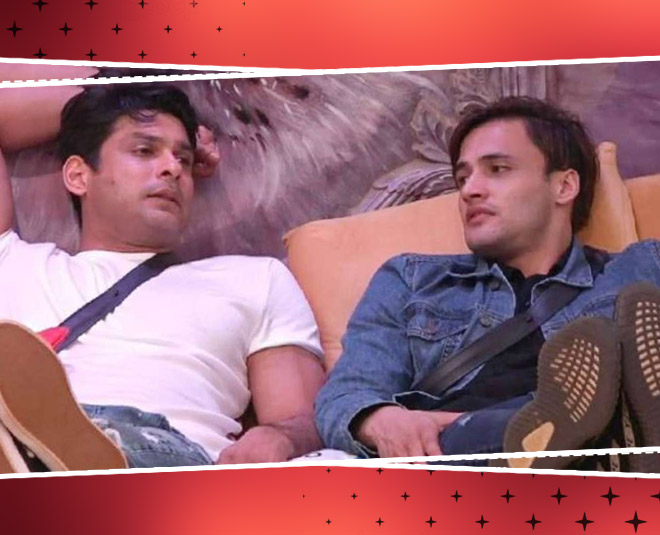 One jodi we were all loving on the Bigg Boss show was Siddharth Shukla and Asim Riaz. The two became close friends as soon as they entered the show and ever since then, we have seen them together, always! Their group grew as Hindustani Bhau, Shehnaz Gill, Himanshi Khurana, Arti Singh, and Shefali Jariwala joined in. This was the stronger group of the two that we witnessed inside the house. However, things changed after their ugly fight yesterday.

So are Siddharth and Asim at loggerheads for real? Or is it just a strategy? A video is trending on Twitter and in the video, we can see Siddharth suggesting Asim to have a fight but Asim says he is not into all this. Watch the video here:

Sid told Asim let's pretend to fight and you can also vent out in it. #BB13 #WeStandByAsimRiaz pic.twitter.com/f4iXm0AyJD

What do you think? Are the two fighting for real or faking it?

When the two started fighting in between the task, all the housemates rushed and tied to stop the fight. Siddharth was seen holding Asim by his shirt and Asim also said that Siddharth was trying to choke him.

Don't Miss: Siddharth Shukla VS Mahira Sharma: Who Was Being Targeted? Twitteratis Can't Decide Who Was Wrong

Siddharth has always faced criticism because of his temper issues inside the Bigg Boss house. However, looks like Siddharth Shukla isn't taking any of it seriously and once again we got to see his angry avatar. Have a look at what exactly happened between Siddharth and Asim.

#WeStandByAsimRiaz is trending on Twitter and a lot of viewers are supporting Asim here. One comment read, "I told u sid planned it & wanted to show it as a real fight bt it turned so ugly cos asim udrstood his game plan already thts why he was sayng im not into it #BB13 #Bigboss13 #WeStandByAsimRiaz.

"here asim told him that he is not in it still sid started d fight actually he wanted to beat asim now on weekendkavaar he will say it was drama actually he wanted an excuse 4 himself in drama do u hurt ppl no it was not drama asim's chest had marks #WeStandByAsimRiaz," read another one.

A lot of viewers feel that Siddharth's closeness with Shehnaz is the reason behind Siddharth and Asim. This is because Asim doesn't trust Shehnaz from day one and he is not liking Shehnaz and Siddharth's friendship. Also, we can't ignore that a lot of housemates have had issues with Siddharth's anger.

Paras and Mahira who stood against Siddharth all this while were seen supporting him in the last episode. Now Siddharth has Shehnaz in support and other members of Siddharth's team, Himanshi Khurana and Shefali Jariwala have decided to make a different group.

Now we really want to see if this fight will continue inside the house or the two friends will get back.