Virat Kohli has officially announced that he will no longer serve as the captain for Indian T20 team. 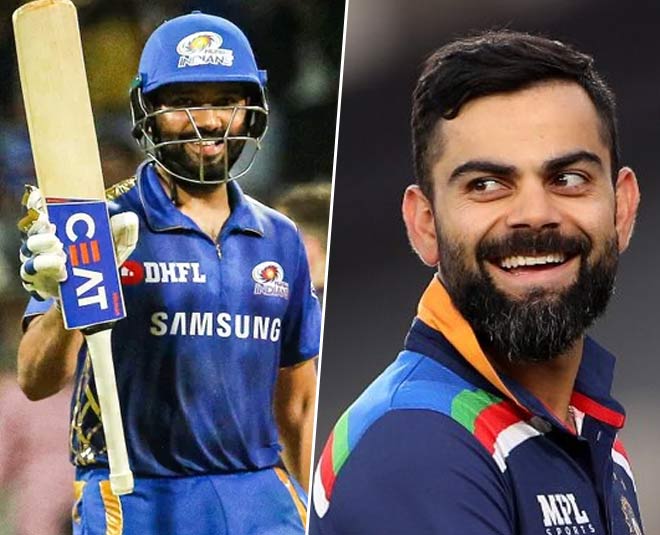 The Indian cricket has a rich history of producing legendary captains, who have had their own share of ups & downs. Be it the bare-chested Sourav Ganguly at Lord’s or the one assuring us of his comeback in a TV commercial or be it Mohammad Azharuddin, who had his own version of a wristy helicopter shot much before our dearest and most successful ‘Captain Cool’ MS Dhoni. Virat Kohli is no different, as under his captaincy team India has emerged to be a formidable cricketing side.

After registering consecutive series wins in Australia, the Men in Blue are headed to England for 4 months. Most of the team’s achievements over the past few years have been feathers in the caps of Indian cricket’s strongman Virat Kohli.

Nevertheless, a debate has always ensued on whether Rohit Sharma should be given the chance to lead from the front instead of Kohli. Based on astrological calculations and face reading, celeb astrologer Pandit Jagannath Guruji told HerZindagi that according to him,  "the possibility of a reshuffle in the Indian cricket captaincy cannot be ruled out."

As per the findings, "Kohli might be replaced by Sharma as the skipper of the Men in Blue. However, he adds that since age is on Kohli’s side, one cannot dismiss the probability of Kohli ruling the helm in the long run," he added.

Rohit Sharma has so far proved his mettle on several occasions when he has led the team to remarkable victories under his leadership.

On the lighter side, when Kohli recently handed over the captaincy for 4 overs to Sharma in the T20I against England, India won the thrilling contest by mere 8 runs.

While many feel that captaincy should be spilt, Pandit Jagannath Guruji says we might have a full-time captain in Rohit Sharma very soon.

Indian skipper Virat Kohli has confirmed that he will step down as India's T20 captain after World Cup in UAE and Oman in October-November. However, he will continue to play as a player in the T20 Team.  He officially announced the same on his social media. Now Rohit Sharma will be taking up the captaincy of the Indian cricket team. Read here -

What is your take on Virat Kohli officially stepping down as the captain of India's T20 team? Share your thoughts with us on our Facebook page.

Stay tuned to HerZindagi for more such predictions from an expert.
Disclaimer