Know the royal families in India and how do they add to their incomes to their assets. 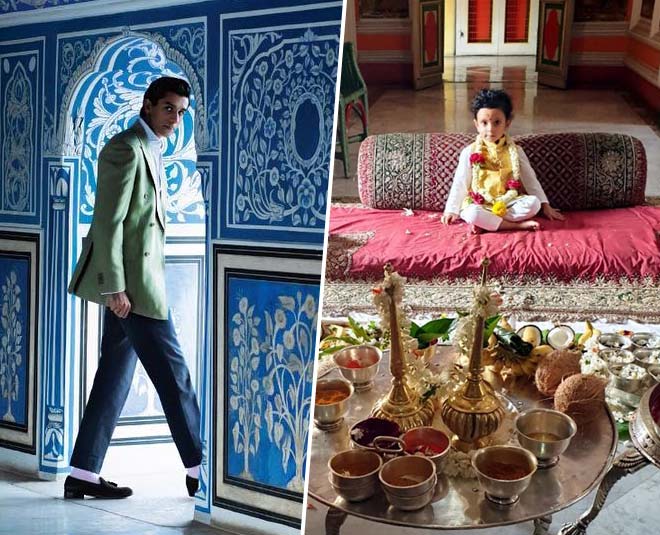 India once was a very rich country and our maharajas and maharanis were among those who contributed and flaunted the riches. Although they cannot run a kingdom anymore, they still have their homes... oops palaces! Some have turned those palaces into heritage hotels and live in some part of it, some have stakes in other real estates etc. So here is a low down on some of the richest royal families India boasts and how they add to their income. Their assets will make you feel a little bad about your own but hey, why compare? So scroll down, add to your knowledge, feel proud of your country's heritage, and move on. 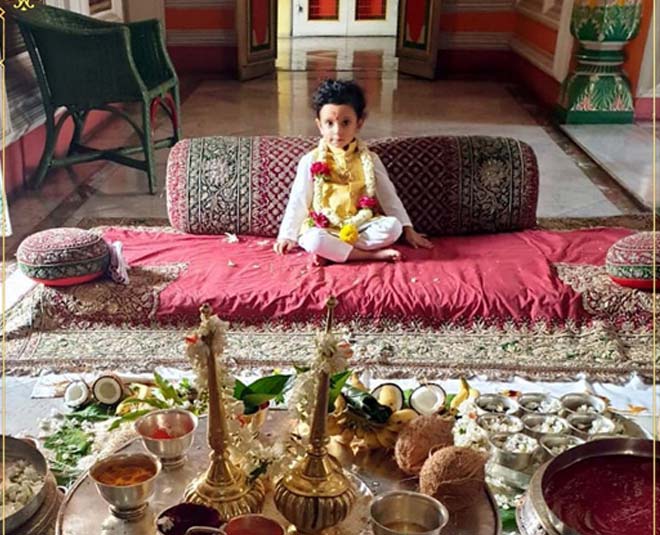 Mysore was ruled by the Wadiyar Dynasty decades back and we can trace their lineage to the Yaduvanshi clan of Lord Krishna. It is said that in 1612, the Wadiyar dynasty was cursed by Queen Alamelamma of Vijaynagar. Right before she committed suicide, she said that Mysore kings will never have children. And weirdly, the curse did turn out be real as in 400 years the rulers never had direct heirs. In fact, the later members of the dynasty even erected a statue of the Queen and worshipped her.

Currently, the 27-year-old Yaduveer Krishnadutta Chamaraj Wadiyar is the head. But again, he is not the direct heir. His uncle, Srikantadatta Wadiyar, died childless in 2013 but did not name a successor. So the Rajmata, his wife, adopted Yaduveer as their son and made him the king.

Don't Miss: Get That Nawabi Feel At These Palaces Turned Hotels In Jaipur

Mysore's top silk producer is the family’s brand, called the Royal Silk of Mysore, which was started by Srikantadatta has remained a major success. Yaduveer Krishnadutta Chamaraj Wadiyar is a well-read man with a degree in economics and English Literature. He married Princess of Dungarpur, Trishika Kumari Singh, in 2016 and they now have a two-year-old son. According to GQ magazine, it is rumoured that the family has assets worth Rs 10,000 crore! 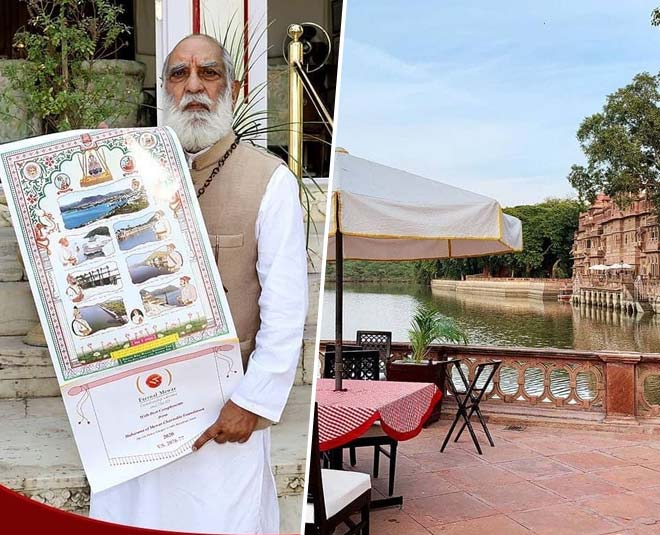 This dynasty boasts of some of the most prolific royal families in all of India. It has had great kings like Maharana Pratap. His descendants today live in Udaipur. Maharaja Arvind Singh Mewar is the head as of now and he is the 76th custodian of the House of Mewar. He runs a very successful business as well. He is the head of the HRH Group of Hotels, which has over 10 hotels under it.

His wife Maharani Vijayaraj and he live in Udaipur city palace, a portion of which has been opened to the public for tours.  He has given some of the royal property like the Lake Palace as well as the Fateh Prakash Palace, on lease to the Taj Group of Hotels for managing. He manages his father’s crystal collection and has also opened a museum of antique cars in the city.

The Royal Family of Jaipur 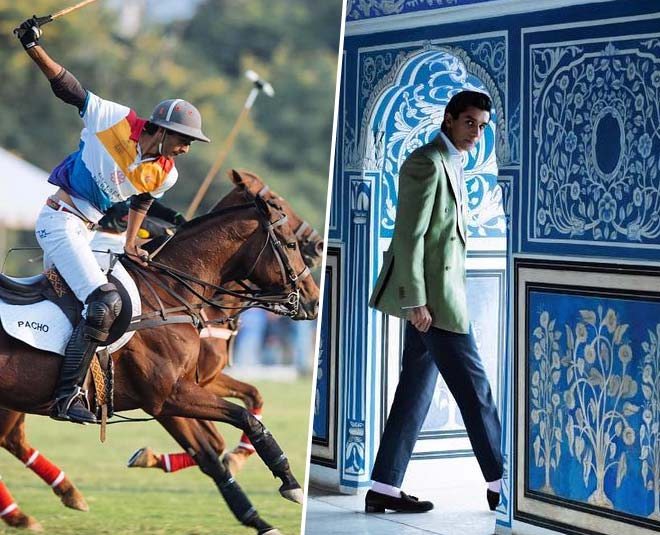 Maharaja Bhawani Singh was the last titular head of Jaipur but he did not have any son so he adopted his daughter, Diya Kumari’s son, Padmanabh Singh. In 2011, Padmanabh became the Maharaja of Jaipur. The young man is a national-level polo player and is hell-bent on spreading awareness about the sport today.

The family has given out the Rambagh Palace to Taj Hotels to run, and Padmanabh has just recently partnered with AirBnB where he has put up a suite in the Jaipur city palace for tourists to stay. All the proceeds from this would go to the Princess Diya Kumari Foundation.

The Royal Family of Alsisar

The family of Alsisar is another royalty in Rajasthan which once managed the kingdom of Khetri. Now, the family owns havelis in Ranthambore and Jaipur. It is currently headed by Maharaja Abhimanyu Singh. Besides running several hotels on their properties, Abhimanyu Singh also co-sponsors the annual EDM festival, Magnetic Fields.

The Royal Family of Jodhpur 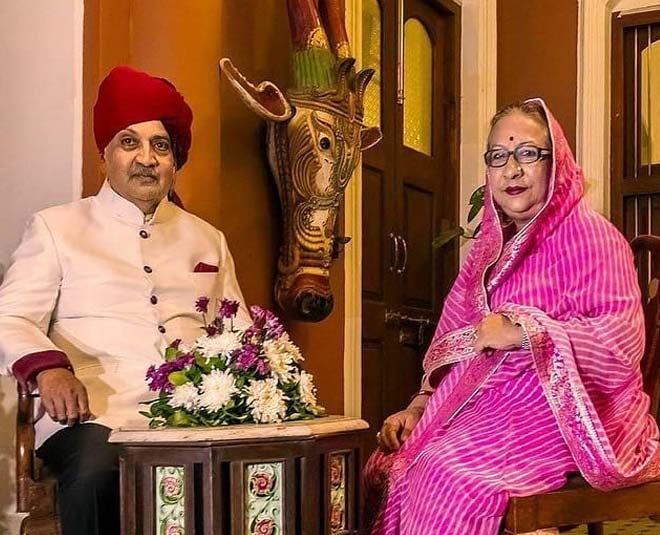 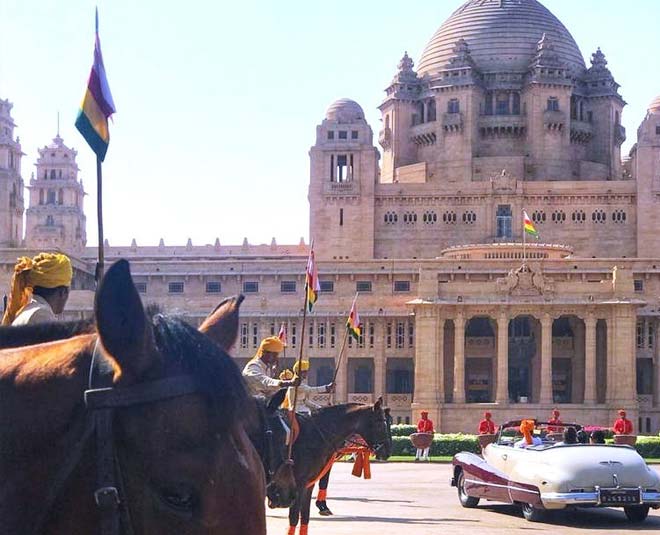 Again, a part of the palace is managed by the Taj Group of Hotels. The Maharaja once served a term as a member of the Rajya Sabha, and also as the Indian High Commissioner to Trinidad and Tobago a few years back.

The Gaekwads of Baroda

Hailing originally from Pune, the Gaekwads, have held power in Vadodara since the early 18th century. It is headed by Maharaja Samarjitsinh Gaekwad at the moment who inherited property worth over Rs 20,000 crores according to the GQ magazine. This includes the 187-room Laxmi Vilas Palace, the 600-acres of land and 2,000 acres of prime real estate.

The king also inherited several original paintings by Raja Ravi Varma and assets like gold, silver and royal jewellery. If this was not enough, he also manages 17 temple trusts in Gujarat and Banaras.

Samarjitsinh Gaekwad also constructed a personal 10 hole golf course in the palace. He is himself a cricketer, who represented his state in the Ranji Trophy. By the way, they are the maiden family of the famed Maharani Gayatri Devi of Jaipur.

History fact of the day: the man on the right, Balthazar Napoleon IV de Bourbon, of the Bourbon-Bhopals, is the senior claimant to the French throne (or would be if there was one). He's the descendant of an exiled French nobleman who served in Mughal Emperor Akbar's court pic.twitter.com/3DSkAeTtt3

This one is very interesting. This royal family has claimed to the now-defunct throne of the Kingdom of France. They reside in Bhopal with the head being Balthazar Napoleon IV de Bourbon. He is a lawyer in his own capacity. The family has claimed that it is a legitimate descendant of the House of Bourbon. They claim to be descendants of Jean Philippe de Bourbon, an exiled French noble who served in Mughal Emperor Akbar's court. If you can get your hands on Prince Michael of Greece and Denmark's book, he has said that he does believe that Jean de Bourbon was a nephew of the first Bourbon French king, Henry IV. Although not be proven, if it is true then Balthazar Bourbon would be first in line for the French throne.

In this whole list, one family is well known amongst us commoners and that is of our very own, Bollywood connected, Pataudi clan. The last titular head was Mansoor Ali Khan Pataudi, who was also the former captain of the Indian Cricket Team. He married actress Sharmila Tagore (a Rabindranath Tagore descendant as well) and the couple had three children. Actor Saif Ali Khan now serves as the Nawab of Pataudi. The star also owns the Pataudi Palace which is worth Rs 800 crore. In addition to all of that, according to Forbes, Saif also earned Rs 66 crore in the last year.

Stay tuned to HerZindagi to know more about the Royal families of India.