These celebs may not act like one, but they sure have their roots in Royal Families! 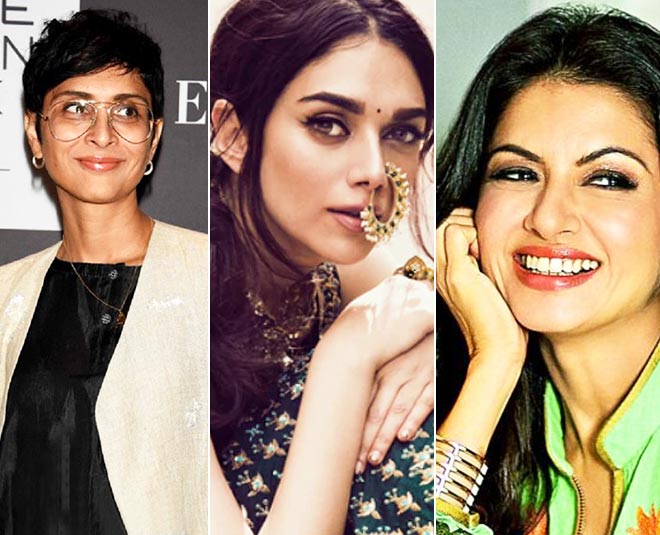 Some sure look like Royal people but some of the names are so down-to-earth looking that it was a surprise to know that they had royal lineage. These actors and actresses are royal and this list will not have Soha & Saif Ali Khan as the world knows about them. So here are surprising faces that have royal lineages. This actress has two royal lineages of Muhammad Saleh Akbar Hydari and that of J. Rameshwar Rao from the family of former Raja of Wanaparthy.

Although the actress is of Nepali Origin, Manisha Koirala was born to the Royal family of Nepal. Her family has a political background. Her grandfather and granduncles have served terms as the Prime Minister of Nepal.

This actress is the daughter of Vijaysingh Ghatge. Sagarika is the descendant of Shahu Maharaj of Kolhapur. She belongs to Kolhapur’s royal Kahal family.

This brilliant actor was born Sahabzade Irfan Ali Khan in the village of Tonk in Jaipur. The Lunchbox actor's father had been a wealthy zamindar who ran a tire business and his mother was the descendant of the Tonk Hakim family.

This yesteryear actress was related to the Babi Dynasty of Junagadh. She was born in a feudal aristocratic family of Gujarat’s historical Pathan community. Did you know that Aditi Rao Hydari and Kiran are first cousins? Kiran belongs to the royal family of J. Rameshwar Rao. Her grandfather was the Raja of Wanaparthy, Mahabubnagar district, Telangana.

She has appeared in many music videos. Alisa belongs to the royal family of Mohammad Nawab Ghaziauddin Khan aka Wazir Ghazi-ud-din. Did you know that the city of Ghaziabad is named after the Nawab!

This Maine Pyaar Kiya actress belongs to the royal family of Sangli, Maharashtra. She is the daughter of Vijay Singhrao Madhavrao Patwardhan, the Raja of Sangli.

Riya and Raima Sen, who are daughters of Moon Moon Sen, are connected to the royal family of Tripura from the paternal side. Their late grandmother, Ila Devi, daughter of Indira Raje, was the princess of Cooch Behar, and elder sister of Gayatri Devi, the Maharani of Jaipur.

Stay tuned to HerZindagi for more on the entertainment world and interesting facts related to our celebs.