Cricketer Virat Kohli and actress Anushka Sharma have added a new member to their clan and the world awaits for their daughter's first picture. 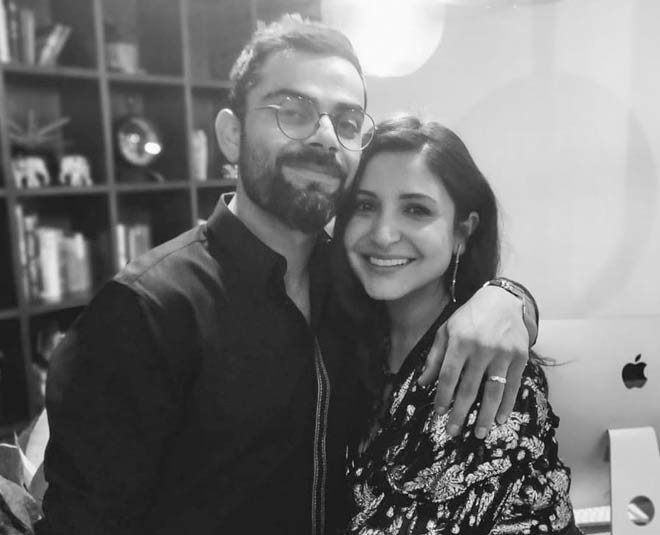 The power couple Anushka Sharma and Virat Kohli have become parents to a daughter on January 11, 2021 and their New Year could not get better than this. The news of the bundle of joy's arrival was shared by Virat Kohli on his social media, requesting privacy. All the fans of the new parents are excited and waiting to see her first pic!

Virat Kohli who can't be more ecstatic wrote on his official social media handles: "We are thrilled to share with you all that we have been blessed with a baby girl this afternoon. We thank you all for your love, prayers, and good wishes. Anushka and the baby are both healthy and we are feeling beyond blessed to start this new chapter of our lives. We hope that you can respect our privacy this time. Love Virat.” 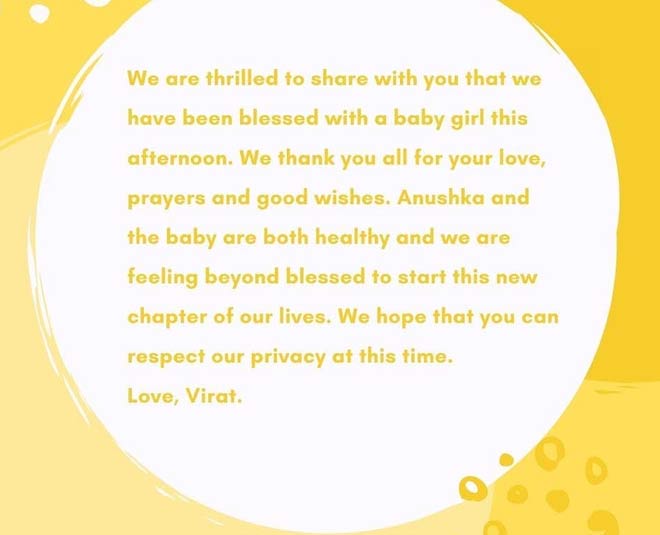 The arrival of their child was certainly the most exciting and positive news we wanted to hear as the duo's love exudes so much from the humblest of their pictures together which they share on their social media handles.

What is the couple planning to name the baby we wonder?

It was in August last year amid the lockdown when Anushka and Virat had shared the news that they are expecting their first baby. The couple has frequently been spotted visiting their clinic.

Speaking about how Anushka and Virat plan on bringing up their child considering they both are public figures, the actress had once shared in an interview that they do not want to raise a child in the public eye. She had also shared that parenthood is about sharing duties and they don’t want to raise brats.

The baby girl is indeed lucky as she already has an animal-themed nursery, ready for her as per her interview.

Just recently, Anushka also did a beautiful photoshoot with Vogue which did have some conservative people hitting back. The actress showed off her baby bump wearing white and had that new mom glow.

Now that the baby is here, Anushka will soon get back to work when she can. In an interview, she shared that "I will be back to my shoots after I deliver my child, and will establish a system at home that ensures I can balance time between my child, home and professional life. I intend to keep working for as long as I live because acting truly makes me happy."

When Anushka was expecting, her fitness regime was on point. She did yoga with the help of her husband and we were certainly given some couple goals.

Don't Miss: Anushka Sharma Does Shirshasana During Third Trimester, Benefits Of Doing It

Virat Kohli will indeed be a doting father as he is on paternity leave to help out with the baby. The Indian skipper ended his Australia trip after the conclusion of the first Test in Adelaide. In a chat with Steve Smith, Kohli had opened up about his decision, saying that this event of his life "isn't something he wants to miss at any cost."

It was a much talked about topic as this is not something Indian men think of if. Even offices have just maternity leaves and very few understand paternity leaves in our country. It had become a huge point of debate as husbands being there for their baby's arrival and them helping out is rather seen odd.

We wish the couple a hearty congratulations from HerZindagi, so stay tuned for the latest updates.