Here is a list of Akshay Kumar's comedy movies that we all love.

Akshay Kumar made his debut as a lead role in the year 1991. He has appeared in several action movies. However, he started working in comedy movies as well and his title of action hero shifted towards a comedy hero. These are such wonderful movies without any inappropriate jokes. You can watch it with your whole family and I’m sure the movies will lighten up your mood in an instant.

Bhool Bhulaiyaa is a comedy movie with a twist of horror and thrill. This movie is a complete package and will be at the top in every movie lovers list. This movie is not your typical Bollywood masala film. Instead, it gives the audience a chance to witness something new. It is exciting to watch all the twists and turns with a tadka of comedy. This is a movie about Underworld dons where Akshay falls in love with one of their sisters. However, you shouldn’t mistake this to be an action movie as this is filled with comedy and each actor has played their role perfectly.

Even after so many years, we love this movie because it is really a masterpiece. This movie is a roller coaster ride where you laugh at every bump.

Another movie about underworld dons where Akshay plays the character of a Sikh man, thus winning the hearts of the Sikh community. This is again an Akshay-Katrina film and a proof that their pairing can never disappoint us. Instead, we will be left with loads of laughs.

With a few action scenes and impeccable comic timing by all the actors, this movie earned crores at the box office. 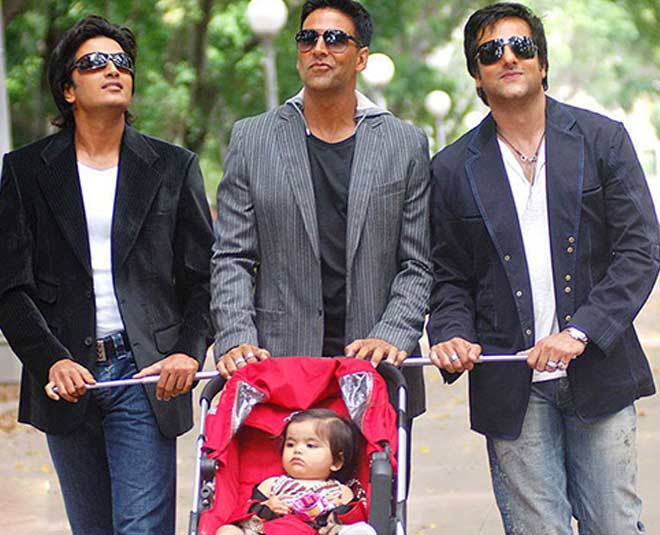 Heyy Babyy is a film filled with lots of laughter and emotions. Three bachelors are living together and their lives are a total mess. However, their lifestyle changes when they find a baby at their door with a note claiming one of them to be a father.

If you want a good cry with lots of laughter, then you should definitely watch this movie.

Garam Masala is one of the best comedy films of Akshay Kumar which also stars John Abraham. The combination of the actors is just terrific as we get laughs at every moment and their comic timing is surely impeccable.

Don't Miss: Looking To Spend Quality Time With Your Sibling? Here Are Some Movies You Can Binge Watch Together! Mujhse Shaadi Karogi is a wonderful film with an outstanding screenplay. This film stars Akshay Kumar with Salman Khan in the lead roles. Throughout the film, Akshay Kumar keeps on irritating Salman Khan and he gets into trouble. It is hilarious to watch their conflict as they try to win over Priyanka Chopra.

As we can’t step out of of our homes due to the pandemic, therefore, fill your weekend with lots of laughter by watching these brilling comedy movies starring Akshay Kumar with your family.