Here Is Why Aamir Khan, Kiran Rao, And Fatima Sana Shaikh Are Being Trolled Callously

Aamir Khan and Kiran Rao recently announced their separation after 15 years of marriage. In the joint statement, the two shared, the couple mentioned that they will continue their journey as co-parents after the divorce.

Soon after, Dangal actress Fatima Sana Shaikh started to trend over social media. Many netizens connected Fatima Sana Shaikh and Aamir Khan's old link-up rumours with the story and felt that it was the real reason behind the couple's separation.

These trolls over social media have been mercilessly targeting Aamir Khan, Kiran Rao, and Fatima Sana Shaikh ever since then. 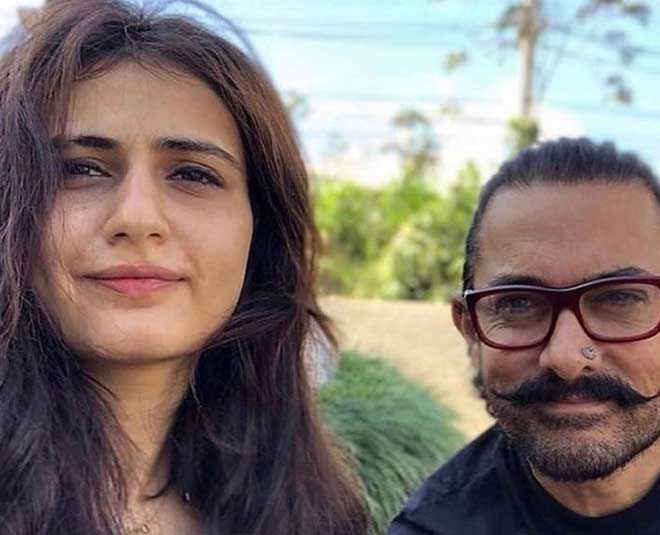 During that time #FatimaSanaShaikh didn't realize that i am gonna be next target of #amirkhan wife 😂🤣 pic.twitter.com/hSjsAaCYDp

This speculation by netizens on social media turned Fatima Sana Shaikh and Aamir Khan into a couple. A few years back, when Fatima and Aamir were shooting for their movie Thugs Of Hindostan, their link-up rumours started to do rounds on the internet. There were also reports of her dating Dangal co-actor Aparshakti Khurrana. In an interview with Bollywood Hungama, Fatima Sana Shaikh cleared the air and shared, "No yaar Aparshakti and AK are just too special to me. Why should I get affected by it! My relationship is very strong with them. I think even if I hang out with anybody.. You and me! Let's go out for 3 dinners together.. people are going to talk.. what to do!"

Twitteratis also started to slam Aamir Khan over social media and many even called him the 'Brand Ambassador of Love Jihaad'. Soon, #BoycottAamirKhan started to trend over Twitter.

#BoycottAamirKhan those who support we stand with aamir khan can take bakri 🐐 pic.twitter.com/I2RGqHmnhM

Don't Miss: When Aamir Khan & Kiran Rao Were Madly In Love Before Their Divorce: See Pics

While many fans didn't support Aamir Khan and Kiran Rao's decision to separate, some celebrities came forward in support of the couple's decision and even shared their good wishes.

Hina Khan took to her Instagram story and sharing a picture of Kiran Rao and Aamir Khan wrote how she was heartbroken but respects their decision. She wrote,  "Buttt respect...To be the best, one must learn how to handle the worst. #NothingButGraceful Wishing you both all the best."

I wish u both #AmirKhan and #KiranRao a very RANGEELA life much more COLOURFUL than before ..I believe that a divorce should be celebrated more than a marriage because divorces happen out of knowledge and wisdom …and marriages happen out of ignorance and stupidity

Director Ram Gopal Verma too took to his Twitter and shared a post slamming the trolls for their hate attacks on the couple. He wrote, "If  #AamirKhan and #KiranRao have no problem with divorcing each other, why the F…. should anyone else have it in the whole world? Trollers are trolling it in a stupidly personal way, whereas the couple are being personally professional !."

Tell us what are your thoughts on the trolls attacking Aamir Khan, Kiran Rao and Fatima Sana Shaikh on our Facebook page. For more Bollywood stories, stay tuned!