Irrfan Khan, one of the best actors in the entertainment industry passed away on 29 April 2020 morning. Check out his glorious journey!

The entertainment industry lost one of the most precious gems in the year 2020 on the same day, as Irrfan Khan, the winner of several prestigious awards lost the war against death. He was suffering from neuroendocrine tumour, a rare version of colon cancer. The actor was admitted to the Mumbai’s Kokilaben Dhirubhai Ambani Hospital, where he took his last breath. While his fans and the entertainment industry are mourning the demise of the ace actor, we are remembering him through his work in the film industry.

Born on 7 January 1967, Irrfan Khan, had a 30-year-long career during which he worked in more the 50 domestic films and a few British and American films. He was the recipient of some of the most esteemed awards, including the National Film Award, Filmfare Award in many categories. Not only this, but the fine artiste was also awarded India's fourth highest civilian honour, Padma Shri Award in the year 2011. He made his Bollywood debut in the year 1988 with a small role in the flick called Salaam Bombay!. Despite the small role, the actor was able to impress the directors and the critics with his acting prowess. He soon was offered a role in the British film, The Warrior in the year 2001. Thereafter he did a few more movies such as Haasil and Maqbool in the years 2003 and 2004 respectively.

He earned critical acclaim for his exceptional acting in 2006. His role in the film The Namesake was highly appreciated. The year 2007 earned him praises for his acting in the film Life in a... Metro, alongside Shilpa Shetty, Konkona Sen Sharma, Kangana Ranaut, and many others. 2011's Paan Singh Tomar is also considered one of his finest works. However, most of his fans remember him for his phenomenal performances in the flicks like 2013's Lunchbox, Haider, and Amitabh Bachchan, Deepika Padukone-starrer Piku that released in the year 2015. Besides having a small role in Priyanka Chopra-starrer 7 Khoon Maaf, the actor made headlines. 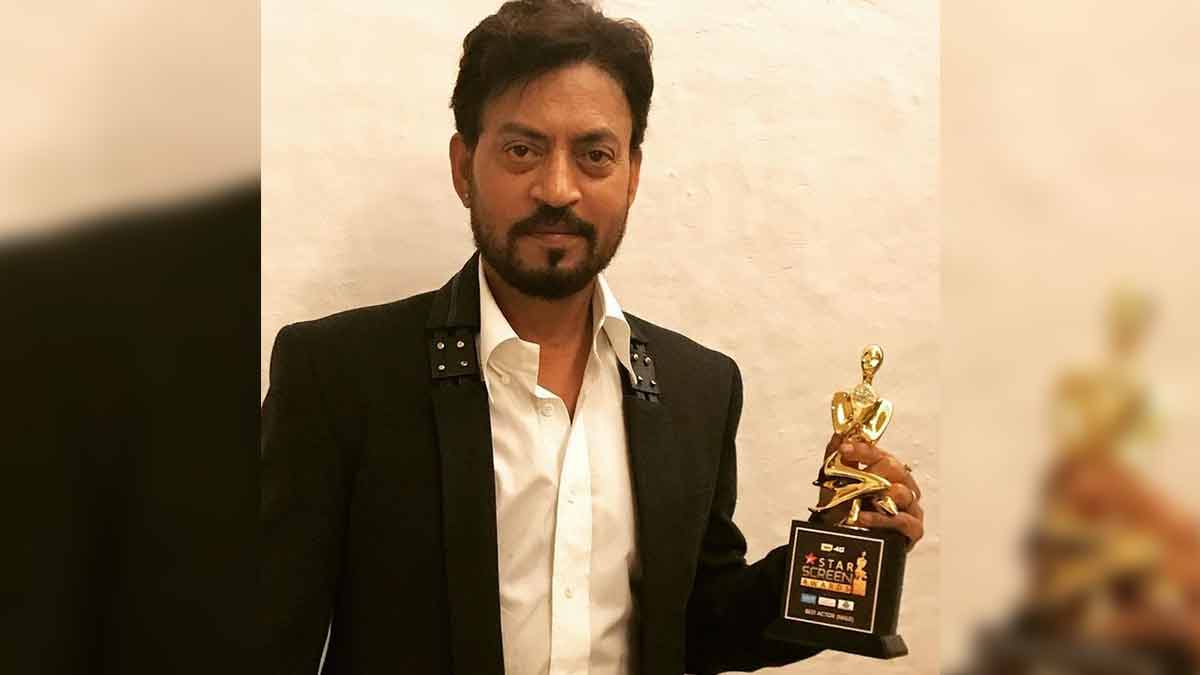 While there are very few Bollywood stars, who have made it to the Hollywood industry, Irrfan Khan happened to be one of them. He was part of some big movies that people still enjoy. Starting from The Amazing Spider-Man, wherein he played a supporting role in 2012 to 2015's Jurassic World that earned him much appreciation there are several other films including Inferno that was released in 2016. In 2010, he appeared on the third season of the American HBO series, In Treatment, helmed by ace director Rodrigo Garcia.

It seems like for the man of few words comedy flicks turned out to be the biggest hits of his life. His highest-grossing Hindi film release was the comedy-drama, Hindi Medium, alongside Pakistani star Saba Qamar in the year 2017. The film won him the Filmfare Award for Best Actor. His last film was its sequel Angrezi Medium that released recently.

Don't Miss: All You Need To Know About Sutapa Sikdar, Irrfan Khan's Wife

Irrfan did not just win the hearts of the big screen audiences, but he also ruled the small screen. He acted in many television shows, such as Chanakya, Bharat Ek Khoj, alongside late Om Puri, Sara Jahan Hamara, Banegi Apni Baat, Chandrakanta, Shrikant, and others. Most of these serials were aired on Doordarshan. Even after becoming a big star, he continued his television career by anchoring in a show Mano Ya Na Mano.

Theatres played a very significant role in Irrfan's personal and professional lives. As it was after doing some of the roles in television and theatre, he was able to get a cameo in his debut film Salaam Bombay, helmed by Mira Nair. And, he met his wife Sutapa Sikdar while studying at the National School Of Drama. During an interview with one of the leading news daily, Sutapa said, "He was always focused. I remember when he would come home, he would head straight for the bedroom, sit on the floor, and read books. The rest of us would be hanging around gossiping."

I hope you liked this story. What was your favourite thing about talented actor Irrfan Khan? Share your thoughts with us by commenting on our Facebook or Instagram pages.