As per the Sangeet Natak Academy, there are 8 types of classical dances in India. Read on to know more about them.

India is a culturally rich country with numerous states where each state has its own language, food, and even its own dance. India has a large variety of dances but only 8 of them got the status of classical dance as per the Sangeet Natak Academy. Read on to know all about these 8 classical dances of India. Also known as the mother of all classical dance styles, Bharatanatyam is considered the oldest dance form. It was believed to be performed by Lord Shiva as many sculptures of Bharatanatyam pose have been seen in temples. The is a beautiful dance form with a pure blend of music, beat, rhythm, and expressions. 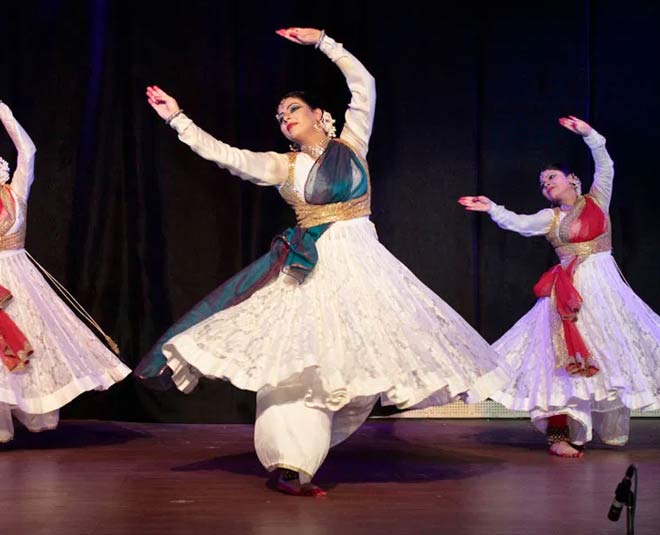 Another popular classical dance form of India is Kathak which originated from Uttar Pradesh in North India. The name of the dance is derived from the word Katha which means story. This is because Kathak is basically a dance where the dancers are narrating stories through their eyes and expressions.

Earlier Kathak was performed on streets narrating ancient stories in the form of dance. Later, it started to be performed in temples and got associated with ‘Bhakti’.

Originating from the state of Kerala, the name of this classical dance form is derived from the words ‘Katha’ meaning story and ‘Kali’ meaning Kala or arts. The performers wear extensive costumes with colourful makeup and male dancers have to wear face masks. This dance form follows a particular sequence in which the performers depict a story.

This Indian classical dance form originated in the state of Odisha. The entire dance form is based on gestures and movements or mudras. This dance form is performed in order to depict the mythical stories of the Hindu gods including Lord Shiva and Surya. Originated in the South Indian state of Andhra Pradesh, Kuchipudi is considered one of the toughest Indian classical dance forms. This is because many rituals are to be followed including lighting the incense stick, sprinkling holy water, and praying to the lord. This beautiful dance is also linked with Lord Krishna and Bhagavad Geeta.

The latest addition to Indian classical dance forms, Sattriya originated from the state of Assam. Also known as ‘Ankiya Nat’, this dance form combines dance and drama. The main themes of this dance form are Lord Krishna and Vishnu avatars. This is a beautiful dance form with coordinated hand gestures, footwork, and mudras. Originating from the north-eastern state of Manipur, this dance is a pure and spiritual experience. This dance form mainly revolves around Krishna and Radha. The major key elements of this dance form are costume and makeup. This classical dance form is a perfect amalgam of graceful, fluid hand and upper body movements.

This dance form originated in the temples of Kerala by Travancore kings. The main theme of this dance form is Lord Vishnu who helped in prevailing good over evil. The name of the dance easily translates to ‘Mohini’ which means beautiful woman and was an avatar of Vishnu used by him to charm and fool asuras.