A truly inspiring video has gone viral on the internet which shows an old woman climbing a mountain, that too wearing a saree!

If you know someone who cribs over having to walk too much during a trek, then you have to show them the viral video that we are going to talk about in this article!

When it comes to adventurous activities and explorations, not only elderly people but nowadays, young people often refrain even if they are physically fit, don’t you agree?

However, this story will definitely surprise you! A 62-year-old woman named Nagaratnamma from Bengaluru climbed the second highest peak in Kerala, Agasthyarkoodam in Thiruvananthapuram, on February 16, 2022. Can you believe it?

Not only she has totally defied all the age-old stereotypes and proved that age is just a number, but her indomitable spirit is something that is making all the netizens feel energized and charged-up!

Now, you might be wondering, who this woman is or how did she climb the mountain, right? Read on to know more!

Clad In A Saree! 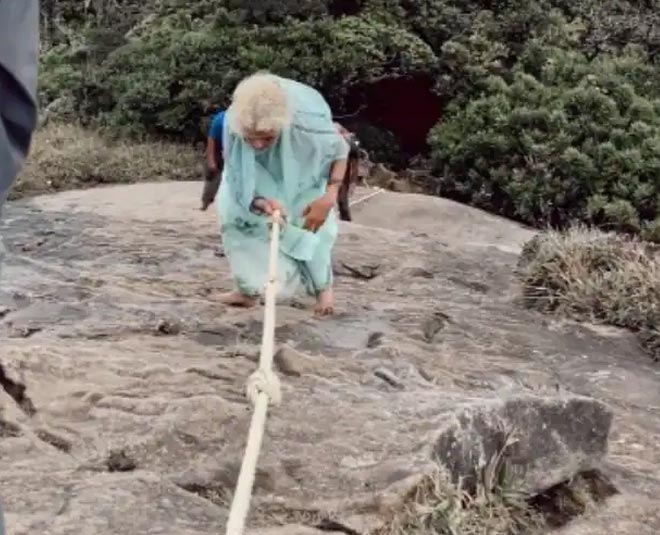 The Bangalore resident has overcome prejudices as she is seen easily trekking one of the highest and toughest peaks in the Sahyadri mountain range and ascending the mountain peak at 1,868 meters (6,129 feet).

In the viral video, Nagaratnamma is seen sporting a saree and climbing the mountain with the assistance of ropes. The video also shows how she is smiling gleefully after her rope climbing, which actually makes our day!

Don't miss: At 77, This Dadi is An Inspiration For All Of Us

The adventurous side of our Viral Dadi came to the public eye when a user named Vishnu shared her inspiring video through an Instagram post.

All the more surprising is the fact that this was Nagaratnamma’s first trip outside Karnataka! We are not kidding!

While sharing the video, Vishnu wrote the caption, that reads, “One of the highest and toughest hiking peaks in the Sahyadri mountain range. This is Nagaratnamma doing rope climbing on 16th February 2022. She came with her son and friends from Bangalore. This was her first trip outside Karnataka.”

The post further read, “She said for the last 40 years after her marriage she had been busy with family responsibilities. Now, since her children have all grown up and settled down, she can pursue her dreams. Nobody could match her enthusiasm and energy. It was one of the most motivating and enriching experiences for all those who watched her climb.”

Women Were Not Allowed To Trek Here!

Until a few years ago, women were not allowed to trek to this mountain range. Women along with children under the age of 14 were prohibited to climb the peak of Agasthyarkoodam for basically two reasons - first, on account of safety concerns, and second, the massive opposition by the local tribal community.

However, the rule underwent a change in the year 2018 when the Kerala High Court had declared that gender-based restrictions could not be applied to individuals who intended to hike to Agasthyarkoodam.

It was then after which the state forest department of Kerala opened online registration for women to trek to this mountain range.

Also, Agasthyarkoodam is not just for trekking but is also a pilgrimage centre with the Neyyar wildlife sanctuary.

Don't miss: From Filling Farms To Becoming A Youtube Star, This Telangana Grandma Has An Inspiring Story 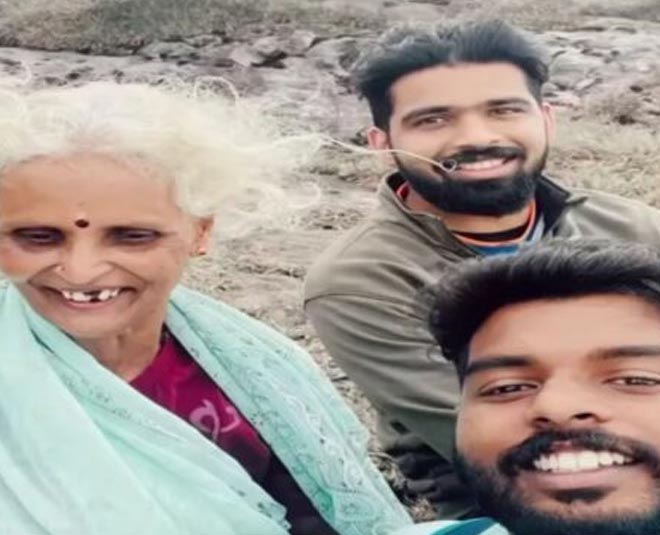 This video clip has been doing rounds on social media and receiving applause from the netizens as they could not believe their eyes after watching the Super Dadi climb up one of the toughest peaks. They are dropping love with congratulatory wishes, and adding heart and fire emojis.

She is truly showing that how enthusiasm is all one needs to achieve anything in their life!

Do share your thoughts with us on our Facebook page. For more such inspiring stories, stay tuned to HerZindagi!