These celebrity single mothers are Inspiring many more with their independence. Read on to know these queens. 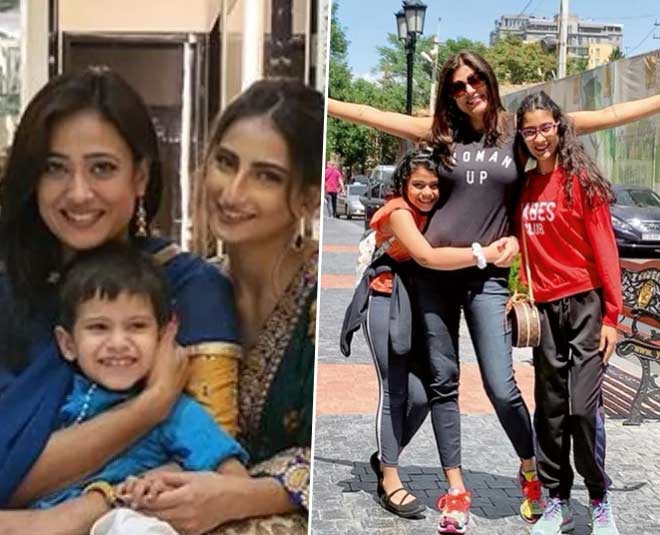 Parenting is challenging, and being a single parent makes it even more difficult. At least, that's what I always thought. However, these stunning independent women make this challenging task appear to be so easy. Let's take a moment to applaud these women for setting great examples of how women do not always need a man to raise children and for inspiring many others.

Television actress Shweta Tiwari is not just a great actor on screen but also a great fun mother to two children- Palak Tiwari and Reyansh. After dealing with two troubled marriages, she has been taking care of her children all by herself. And the fact that she has done so successfully is extremely inspiring.

Bollywood actress Raveena Tandon, before marrying Anil Thadani in 2004, adopted 2 children in the year 1995 when she was 21 years old. The two children Chhaya and Pooja were just 8 and 11 years old when they were adopted by the actress. She was amongst the first ones to break the stigma of single parenthood. Headlines were made during that time predicting that it would spell doom for her flourishing career. But ignoring all, the actress raised her children like a queen and is now happily married to Anil Thadani.

Veteran Actress Neena Gupta raised daughter Masaba Gupta single handedly, who is a great fashion designer today. The women never settled just for the sake of society's approval and hence inspired many. She went through many hardships during the journey and was offered to get married several times too by people who wanted to marry her so that the children will get a name. But like a boss she reacted, “what the f***. What name? I can earn and look after my daughter."

She really raised a great daughter and has set a great example.

The Miss Universe in 1994, Sushmita Sen adopted 2 daughters, first daughter in 2000 and second in 2010 while breaking many stereotypes set for women. Baby girls Renee and Alisah were adopted when Sushmita Sen was in her 20's and unmarried. The gorgeous women have been raising these 2 beautiful girls since then and look like a perfect happy family.

Don't Miss: Quotes From Bollywood Divas That Will Leave You All Motivated

Film and TV producer Ekta Kapoor recently chose to become a mother through surrogacy and has been raising an adorable son Ravie Kapoor being a single parent.

While taking a leaf out of her mother's book, bollywood actress Karisma Kapoor has raised her children Samaira and Kiaan single handedly after her divorce from Sanjay Kapoor. Actress has full custody of her children and often appears as a cool mom with her children.

After separating from business tycoon Farhan Ebrahim, Pooja Bedi has been raising two wonderful kids Alaya and Omar. The marriage ended after ten years of marriage but the actress is still great friends with her ex-husband, says Pooja. Daughter Alaya recently made her Bollywood debut in the movie, Jawaani Janeman and stunned everyone with her acting.

The award winning singer, Kanika Kapoor married at an early age and had 3 children with NRI businessman Raj Chandok. They parted ways in 2012 and since then the actress is raising the 3 children on her own.

These are just a few of the many incredible women who have raised children as single parents, setting tremendous examples and inspiring many others.