It was ace designer Manish Malhotra's birthday bash recently and it was a star-studded event. From Kareena Kapoor Khan to Shilpa Shetty Kundra, plenty of Bollywood celebrities were in attendance at the party. B-towners dressed in their best for Malhotra's birthday celebrations. However, some looks just didn't impress netizens and one among them was Shilpa Shetty Kundra's look.

Shetty sisters, Shilpa and Shamita were papped outside Manish Malhotra's house. While Shamita Shetty opted for an all black look, a black top and leather skirt, Shilpa Shetty wore a bodysuit top with two- toned denims.

Shetty's two-toned jeans had a bikini bottom design, many trolled her for it. While some questioned her choice, others said it was inspired by Urfi Javed, who keeps getting attention for her daring outfit choices. 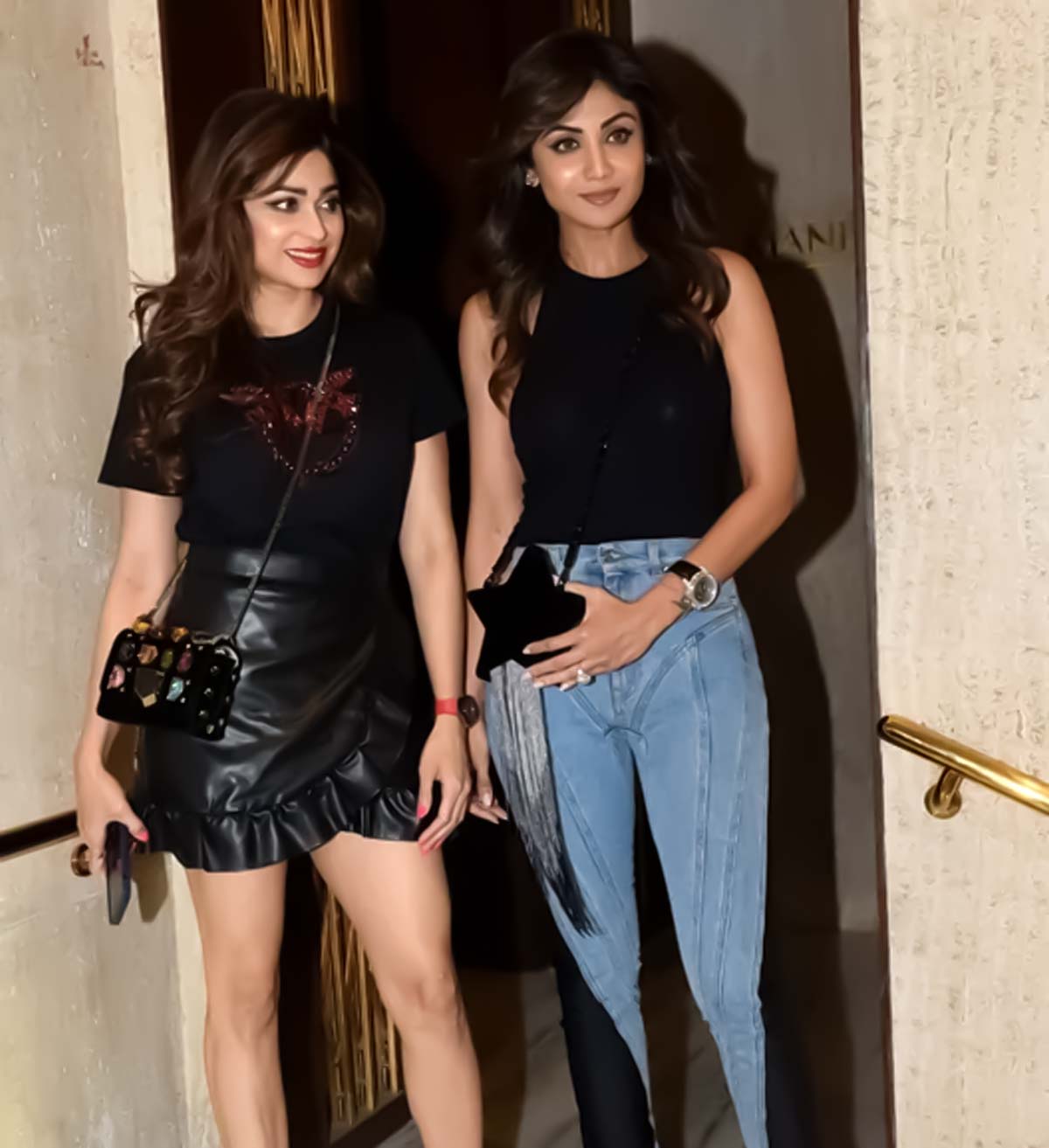 A user wrote, "Urfi javed effect". "Now she is going to beat urfi Javed," wrote another one. "Never seen such a weird pant before," quipped another one. This is not the first time Shilpa Shetty Kundra is being compared to Urfi Javed.

Earlier this year, when Kundra stepped out to promote her OTT release, Nikamma, netizens called her outfit 'inspired by Urfi Javed. Shilpa Shetty Kundra was seen wearing a saree dress with a strapless corset blouse. She layered her look with a long coat. She was said to be taking inspiration from Bigg Boss OTT fame Urfi Javed.

This isn't the first time that a celebrity was brutally trolled for her choice of clothing. Many don't mince their words while commenting on the looks of their favourite celebrities online and often use words or statements that can be hurtful.

Don't Miss: Giorgia Andriani Trolled For Her Short Dress; When Will This Moral Policing Stop?

While many celebrities don't  give two hoots about the trolling, many others love shutting down trolls and haters by giving a fitting reply. However, nothing seems to have changed.

On the work front, Shilpa Shetty Kundra was last seen in the movie Nikamma that starred Abhimanyu Dassani and Shirley Setia in lead roles. She will next be seen in Rohit Shetty's directorial, Indian Police Force with Sidharth Malhotra. This movie will also mark her OTT debut.