Why Do Panties Have A Bow In The Front? Read Lesser Known Facts About The Undergarment

Do you know, panties were earlier referred to as drawers because they had to be pulled down?

Our bras always get too much attention but what about the panties? They are an underrated undergarment for sure. Agree? Panties are essential and we can't even imagine a single day without them. However, we never really talk much about them as much as we do about bras.

When it comes to bras, we are all just so particular, be it about the underwire, the strap or fabric. What about panties? We usually don't spend much time when it comes to buying underwear. We often don't even notice little things about it.

Did you ever notice your panty having a small bow attached to the front? Did you always think it was a style pattern? Well, there is a story behind it.

Why Do Panties Have A Small Bow In The Front?

A Reddit user had replied to this interesting question earlier and shared how this roots back to the pre-elastic era. Before elastic was invented, something was required to hold the panty where it should be and a ribbon was used around the waist to keep it from moving. The ribbon was tied in the front, exactly where you see a bow today.

The ribbon didn't just serve the purpose of keeping the underwear in place but also made it look a little decorative, feminine. 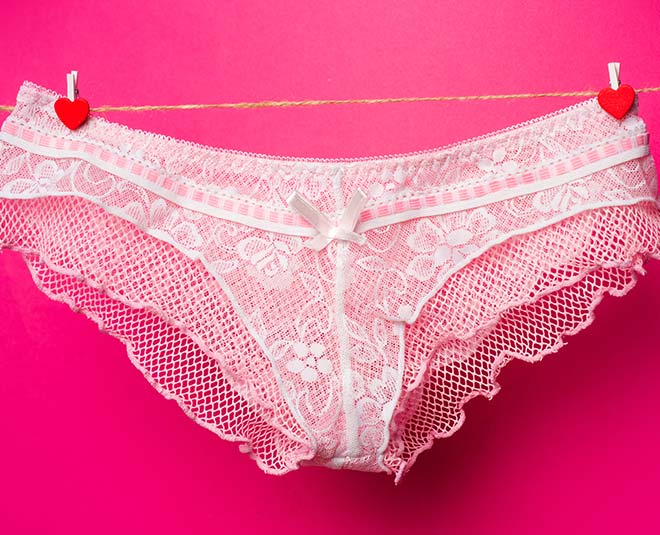 Today, when elastic has taken over and we don't really need ribbon to keep our undies in place, those little bows aren't required. However, looks like most brands continue to use them just to add an aesthetic appeal to underwear. Those little bows do look cute after all. No?

Well, just don't go anywhere. We have some more interesting (also weird) facts about panties to share with you. Read on.

There Is A Panty Wearing Record

Yes, you read it right! There is someone who holds a panty-wearing record. 10-year-old, Jack Singer Of Warwick, New York wore 215 pairs of underwear together on 13th June 2010. This wasn't the first record. The singer broke the previous record of wearing 200 pairs of panties simultaneously.

When Wearing A Panty Was Considered Improper Back in the 1800s, women wearing underwear was considered improper. It was believed that women shouldn't wear anything between their legs. Underpants was believed to be only a male garment. Instead of underwear, women wore petticoats below their skirts which prevented them from blowing up. Also, these heavy petticoats helped women keep warm during the winter season.

Red Is The Colour For Lucky Panties

In Italy, there is a belief that if a woman wears red underwear on New Year, they will have good luck throughout. Hence, women all across the country wear red panties at the beginning of the year to get all that luck.

Ancient Romans Had A Difficult Name For Underwear

Back in time, Ancient Romans had given panties a very difficult to pronounce name. They were called - subligaculum. Interestingly, the panties didn't look like how they look today. They looked more like boy shorts.

When Panties Were Called Whale Tail

In the 2000s, low-rise denim became a thing. Because of the rise style of the jeans, the Y-shape waistband of thongs was quite visible. The peeping thongs got a new name - 'whale tail'.

Don't Miss: Things That Happen To Your Body Once You Ditch Your Underwear

The world's most expensive underwear costs $20,000. It wasn't a regular underwear. It was a chastity belt that was created by a jeweller, Uwe Koetter. The chastity belt prevents the woman wearing it from having sex. This belt was created for her using gold, pearl, and diamond for a private client.

The Evolution Of Underwear 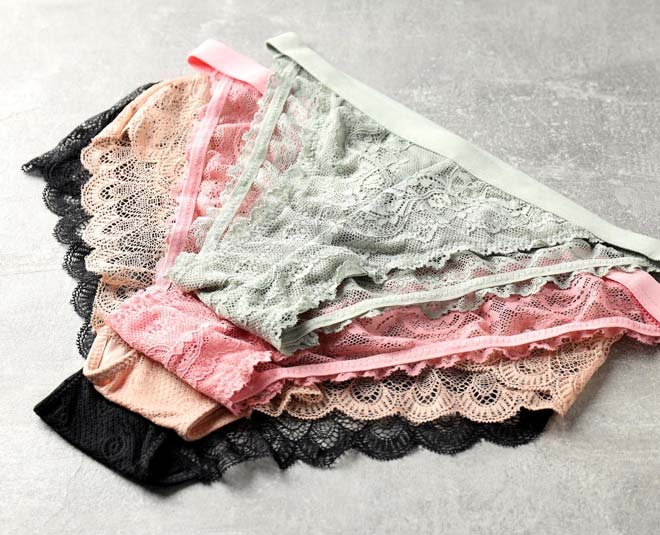 Today's modern-day underwear business dates back to the 14th century. However, initially, this undergarment was made of wool, linen was only made for men. Women's undergarments were introduced in the 20th century. They instantly became a booming industry. Women's undergarments were then made in bulk with innovative, quirky designs. Today, the cost of this piece of clothing is billions of dollars across the world. The underwear market makes about $30 billion every year. (lingerie essentials)

Panty Raids Were A Trend

As per reports, back in the 1950s, panty raids were a popular prank in American colleges. Boys used to steal panties from girls' hostels and then later put them on display to show their victory.

Don't Miss: Here Is All You need To Know About Period Panties

When Panties Were Called 'Drawers'

You might not have heard it earlier but it's true. Panties were earlier referred to as drawers. Back in the 16th century, the word drawer was used to refer to panties and knickers because they were something you had to pull down. The word was derived from the French word 'tirer' which meant to pull.

What are your thoughts on these interesting facts about panties? Share with us on our Facebook page. For more such stories, stay tuned!