Looking For Some Red Bridal Lehenga Inspiration? Take Cues From Your Favourite Celebrities

Want to take the traditional route for your wedding day outfit? Take cues from these celebrity brides who wore red on their D-day. When you first think of an Indian bride, you imagine her wearing a red wedding outfit. For years, the colour red has been associated with wedding celebrations. However, there came a trend where brides switched to shades like ivory, gold, and peach. Now it looks like brides are once again turning back to the traditional red for their D-day. A lot of our favourite celebrities who got married recently picked traditional red over other trendy shades for their big day.

If you are a bride-to-be and want to take the traditional route by picking a red outfit then this guide is for you. Here are some celebrities who wore a red lehenga on their D-day. Take notes.

@kajalaggarwalofficial in an Anamika Khanna lehenga. Kajal’s lehnga is a labour of love. An intricate zardosi embroidered floral pattern that took 20 people almost a month to create. Styled by @stylebyami #anamikakhanna #kajalagarwal #kajalaggarwal

Kajal Aggarwal for her half Punjabi and half Kashmiri wedding ceremony picked a red and pale pink lehenga from the house of Anamika Khanna. Her lehenga had Kashmiri resham work all over. It took almost a month to create this gorgeous lehenga which features an intricate zardosi embroidered floral pattern. 20 karigars worked day and night to curate Kajal Aggarwal's wedding lehenga.

Kajal Aggarwal's bridal look was teamed with uncut diamond jewellery by Sunita Shekhawat. Her makeup for her D-day was kept on the minimal side, fresh and natural.

If you want intricate work on your wedding lehenga then a lehenga like this one will be a good pick. 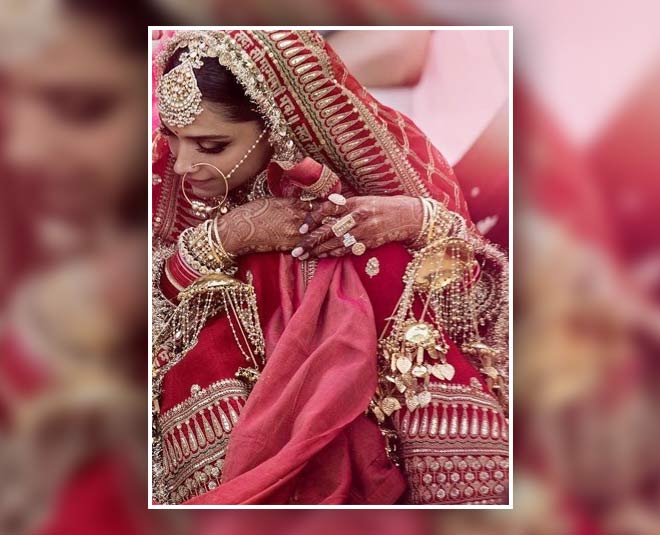 Deepika Padukone got married to Ranveer Singh in a day wedding ceremony in Lake Como, Italy. For her Sindhi wedding, Deepika Padukone turned to her favourite designer, Sabyasachi Mukherjee for her outfit. She wore a traditional red and golden lehenga which had intricate dabka embroidery and gota patti work. Her wedding dupatta read, 'Sada Saubhagyavati Bhava' which means may you always stay married in Devnagri script.

Don't Miss: Sabyasachi Mukherjee Or Manish Malhotra, Which Designer Should You Pick For Your Dream Wedding Lehenga? 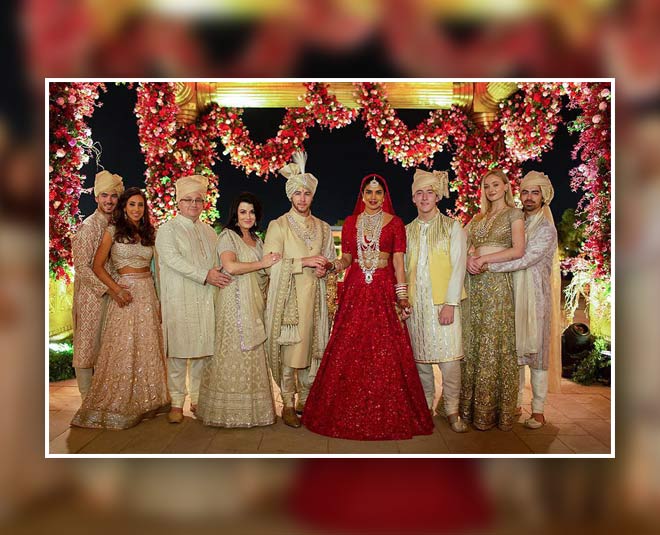 Priyanka Chopra opted for sindoori red lehenga from the house of Sabyasachi Mukherjee for her Hindu wedding ceremony. Do you know, Priyanka Chopra's wedding lehenga got ready in 3720 hours? About 110 embroiderers worked to create her wedding lehenga which features hand-cut organza flowers, threadwork, and French knots in silk floss. 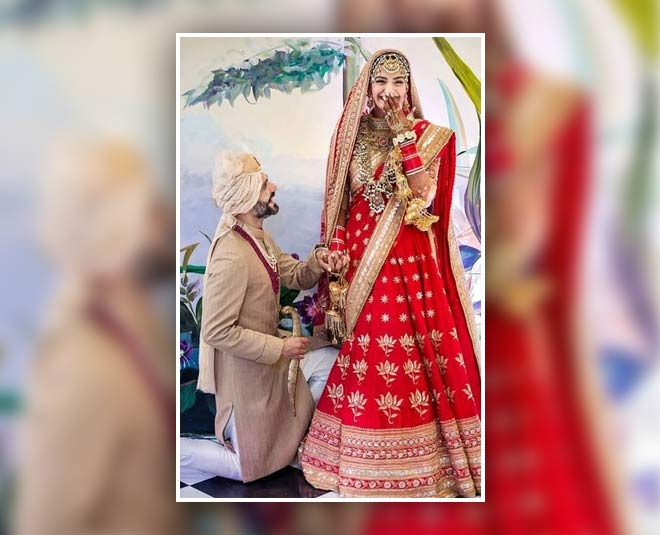 For her Anand Karaj ceremony in Mumbai, Sonam Kapoor picked a traditional red lehenga from the house of an Ahemdabad based designer, Anuradha Vakil. Sonam Kapoor wanted to go for red and gold for her D-day.

Sonam Kapoor's red lehenga was created in 6 months. The handwoven textile was developed in Maheshwar in Madhya Pradesh using special gold and silk yarn. The embroidery her lehenga features has been done using the kalabattu technique which has red and silver threads. Her lehenga's hero was indeed the lotus motif.

Sonam Kapoor's bridal lehenga was styled with Rajputana jewellery, a layered necklace, matching earrings, multi-strand matha pattu. Beauty wise, her makeup was kept a really fresh and dewy. Celebrity makeup artist Namrata Soni talked about Sonam's makeup in an interview. She said, “We did an almost non-existent eyeliner in black, individual lashes just to open up the eyes and give it some drama, soft peach cheeks and a beautiful red stained lip—a tinted one." 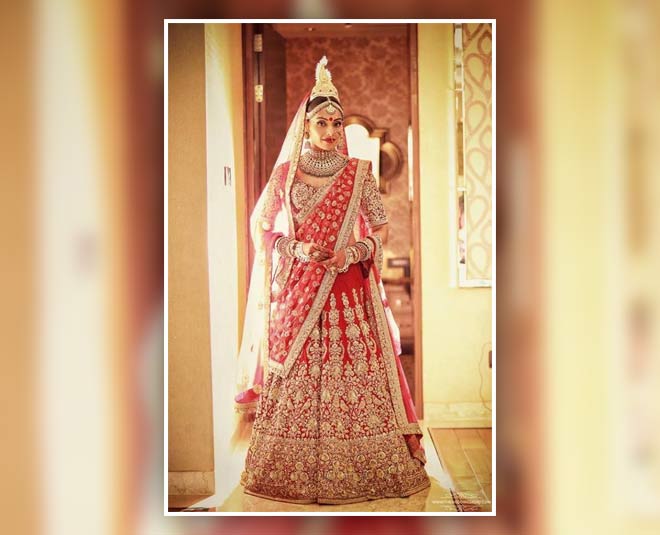 Bipasha Basu was dressed as a typical Bengali bride on her D-day. Bipasha Basu picked a red and golden ensemble from Sabyasachi Mukherjee. Her lehenga had heavy gold work all over. It was teamed with two dupattas. Talking about her jewellery, she went for a statement polki choker with matching earrings, matha patti, and a nath. Her makeup was kept on the heavy side, bold eyes, and a red bold lip colour.

Red bridal lehengas are here to stay forever. Don't you think? Share your thoughts with us! For more stories around wedding fashion, stay tuned!