Isha Ambani, Deepika Padukone Or Anushka Sharma? Who Wore The Most Expensive Lehenga

Isha Ambani chose an ivory and gold lehenga from the house of Abu Jani Sandeep Khosla for her wedding and it reportedly costed in crores. 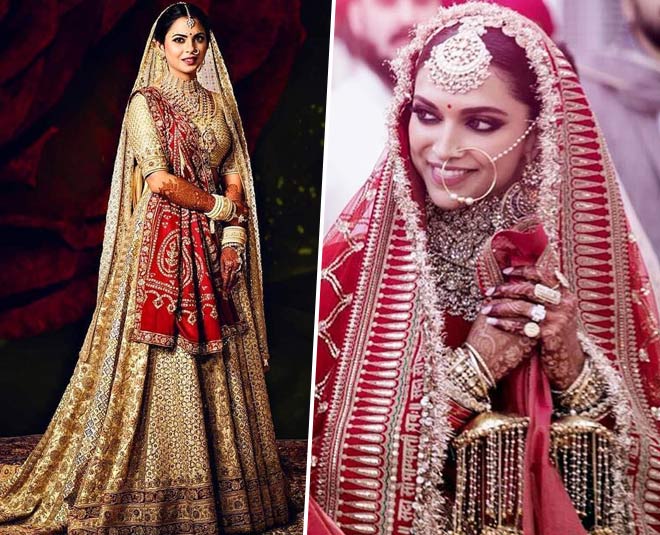 Indian weddings are incomplete without brides going OTT with their D-day outfit. Every bride dreams of that perfect lehenga for this special day and at times, the budget really doesn't matter. Many of the brides-to-be look up to their favourite celebrities for their wedding day look.

Well, if you are a bride-to-be and willing to spend a good amount of money on your wedding lehenga or just looking for the best designs to curate your look then here are some of the most expensive lehengas celebrities wore on their D-day. 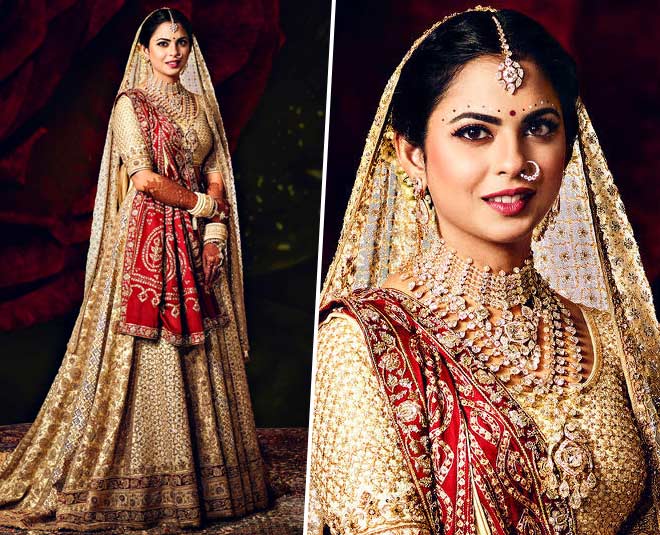 Mukesh and Nita Ambani's daughter, Isha Ambani tied the knot with businessman Anand Piramal in a lavish ceremony in 2018. For her wedding day, Isha Ambani chose an ivory and golden, heavy embellished lehenga by ace designer Abu Jani - Sandeep Khosla. The entire lehenga set had delicate hand work, it had a 16 panelled ghaghra. The hero of her wedding look was the old red saree of her mother Nita Ambani which she wore as a dupatta.

Isha Ambani's stunning lehenga reportedly costs Rs. 90 Crores. That's a whopping amount and not many of us can really afford it. If you had all that money, would you have invested in a lehenga like this one? Do you know Sonam Kapoor's red lehenga by Anuradha Vakil was crafted in 6 months? Bollywood's style icon, Sonam Kapoor's bridal lehenga had traditional motifs and embroidery and after seeing the outfit, we realise why it took all those months to make it. Well, Sonam Kapoor's wedding lehenga reportedly costed Rs. 70-90 Lakhs.

Don't Miss: 5 Suits, Kurtas From Sonam Kapoor's Wardrobe For Times You Like To Go A Lil Extra For her intimate wedding in Tuscany, Italy, with cricketer Virat Kohli, Anushka Sharma chose a blush pink lehenga from the house of Sabyasachi Mukherjee. Her wedding lehenga became the talk of the town and brought a new trend of ditching the traditional reds on the D-day. Her bridal lehenga had beautiful floral embroidery and delicate work all over. Anushka's wedding lehenga costed a whopping Rs. 30 Lakh. 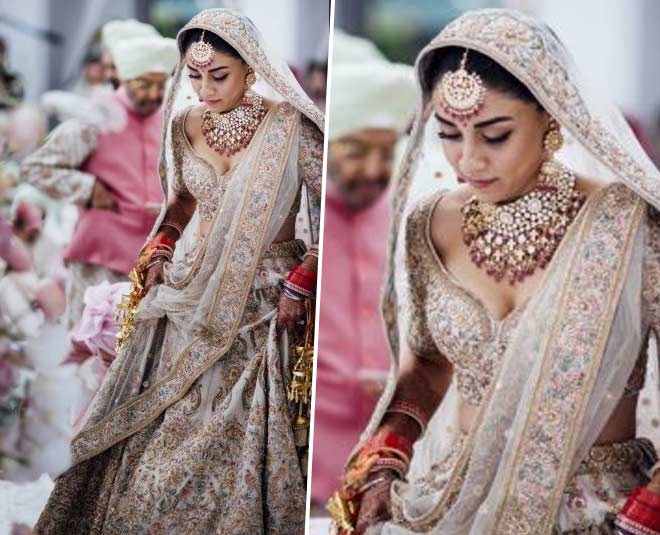 Actress Amrita Puri also opted for a Sabyasachi Mukherjee lehenga for her day wedding. Her ivory lehenga had a lot of floral embroidery, bead, and sequins work. It also had crystals and pearls that further added to her wedding lehenga. Amrita Puri's lehenga reportedly costed Rs. 20 Lakhs. 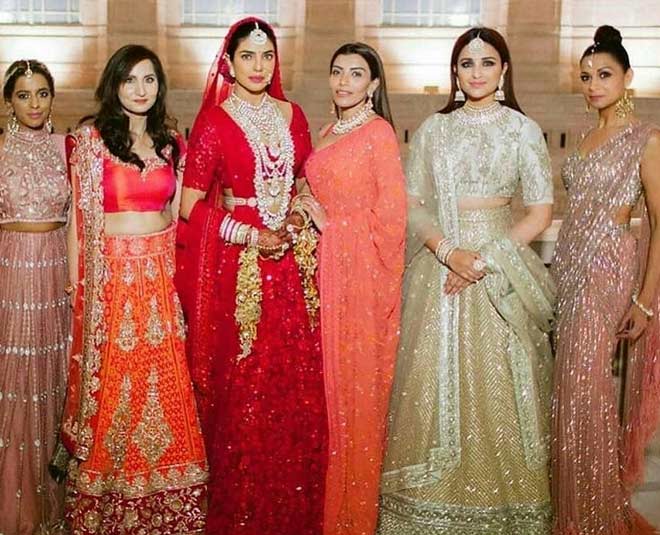 Nick Jonas and Priyanka Chopra got married in a lavish wedding setup in Jodhpur. Priyanka's outfit for the Hindu wedding ceremony created as much buzz as her look for her Christian wedding did. For the Hindi wedding rituals, Priyanka Chopra opted for an all-red lehenga by Sabyasachi Mukherjee. Her heavy embroidered lehenga had intricate embroidery all over. According to reports, Priyanka Chopra's luxurious lehenga costed Rs. 18 Lakh. 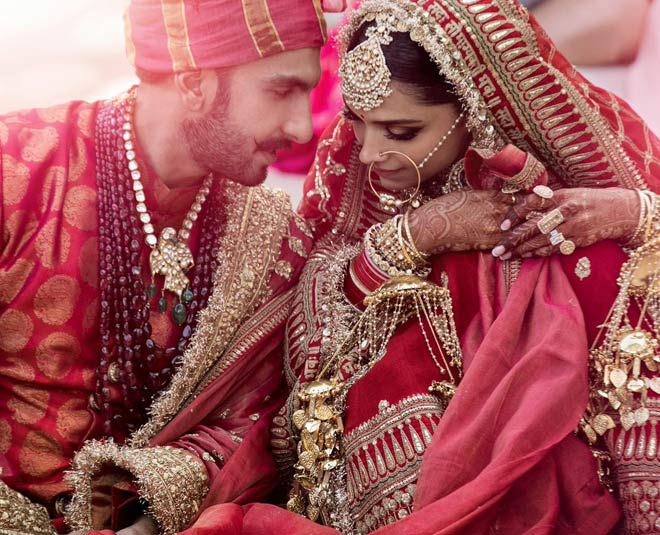 Deepika Padukone and Ranveer Singh's wedding at Lake Como became the talk of the town back in 2018. For their day wedding, Deepika Padukone opted for a traditional red lehenga from her favourite designer, Sabyasachi Mukherjee. Her wedding lehenga costed Rs. 12 Lakh.

Well, all these wedding lehengas started new trends for the brides-to-be. Which one is your favourite lehenga among these? Share with us! For more such stories, stay tuned!